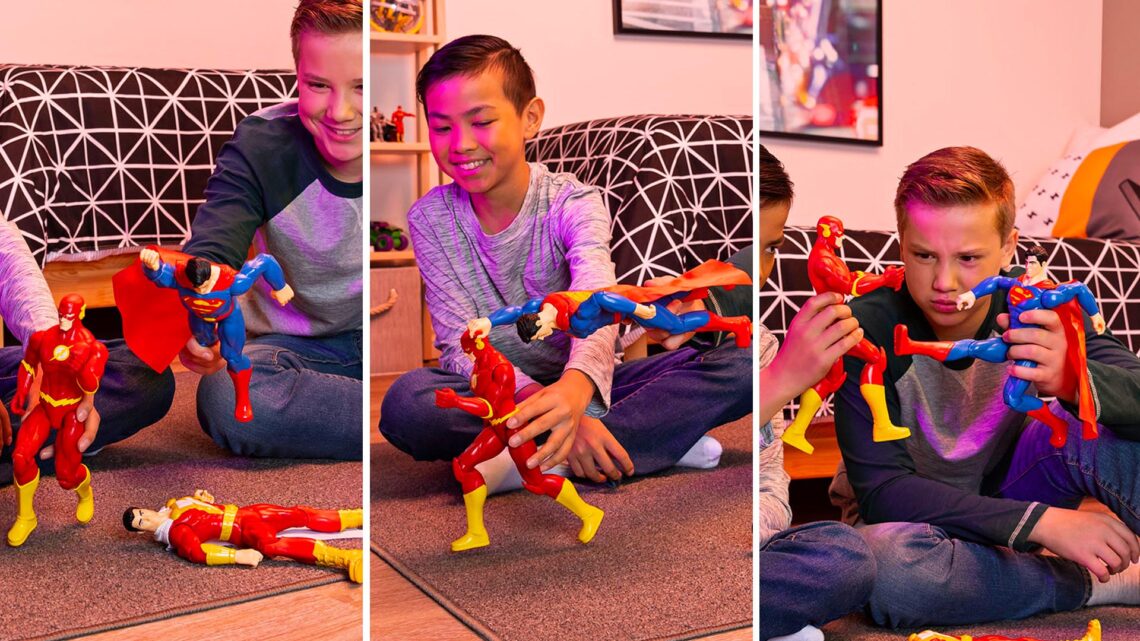 August seems to be the perfect month to celebrate everything DC-related. Not only do we have DC FanDome to look forward to on the 22nd, but Just Fun Toys has also released a large selection of great DC toys. The collection includes a wide range of awesome Batman figures and vehicles. 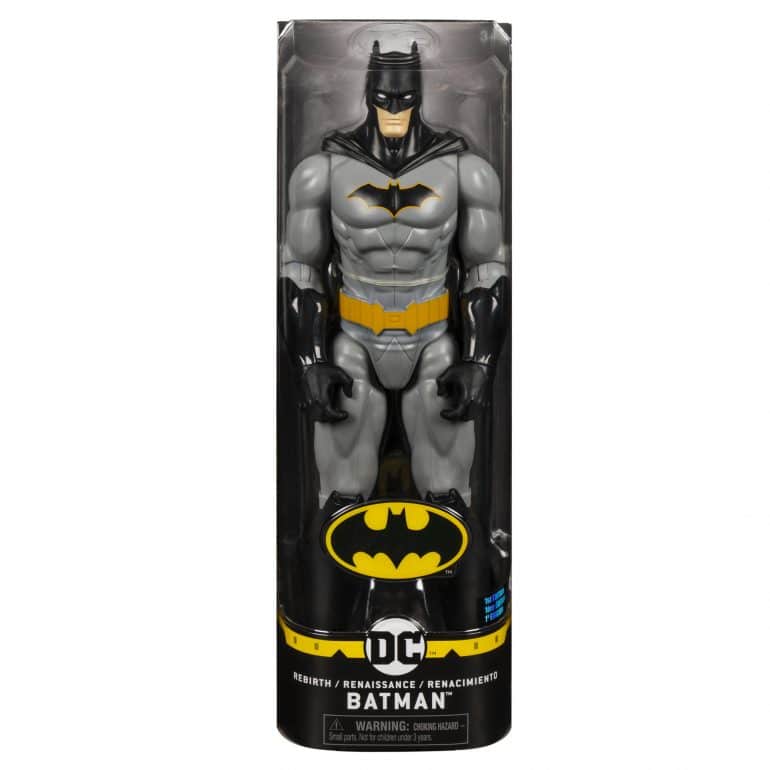 With 12-inch figurines, there’s usually a lot sacrificed for the sake of practicality. Spin Master, though, has done a good job of building a durable and relatively detailed action figure here. While it isn’t as intricately designed as McFarlane Toys, the Rebirth version of Batman has all the major details as the original character design from artist Greg Capullo – including the yellow trim around the bat insignia on the chest.

Featuring 11 points of articulation and a material cape, the posable figure will certainly stand the part on any shelf. However, the paintwork is rather delicate, so be careful of dropping or scratching the figure – the head area is particularly sensitive to any damage. 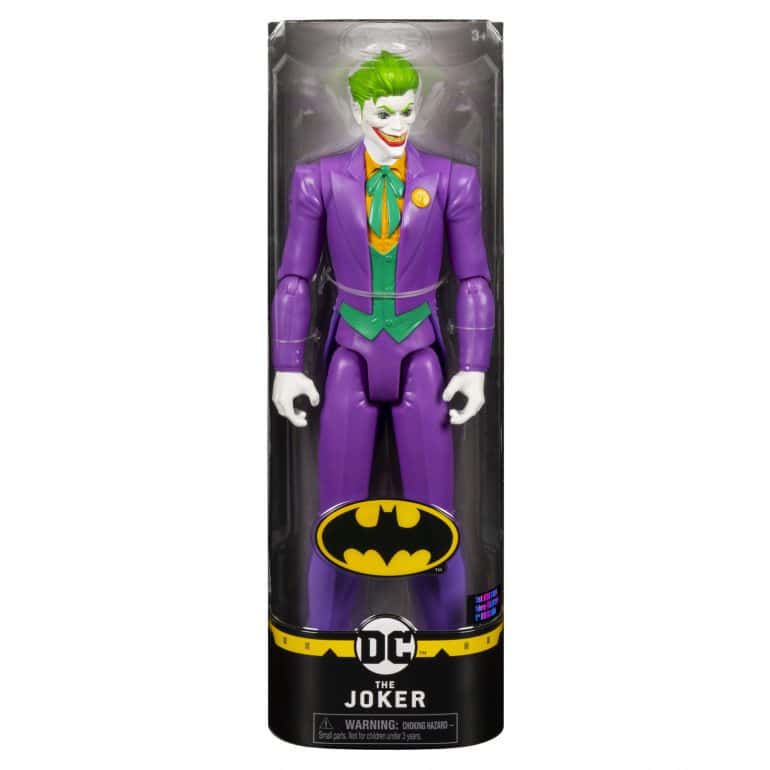 Much like the Batman figure, the Joker also features 11 points of articulation and a classic comic book styling of the Clown Prince of Crime. Considering the Rebirth emphasis of some of the previous figurines, it would’ve been nice to receive a similar option for the rogue here.

While the paintwork is relatively solid, the head area is susceptible to scratches and damage. In fact, the overall head structure feels quite flimsy, so take care in not dropping the figure or you could have a headless Joker on your hands. 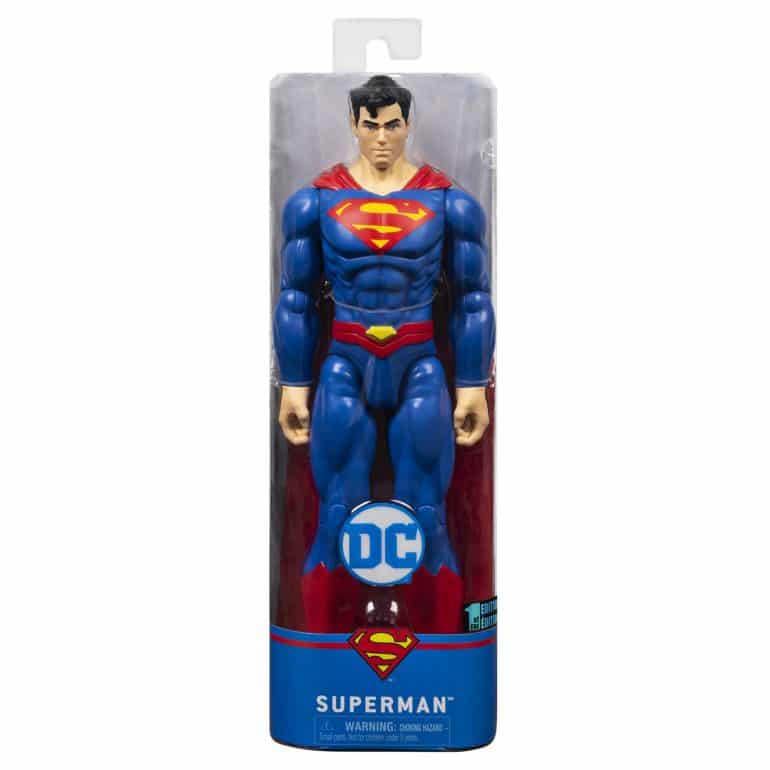 When it comes to Superman figures, there is a large variety of different toy moulds available, particularly when it comes to his face. For some reason or another, toy manufacturers struggle to capture the likeness of the hero and usually just create a generic head for the various Superman toys.

Thankfully, that’s not the case here. The 12″ figure sports the Man of Steel’s popular S-curl hairdo and his strong jawline – the traditional Superman look from the comic books we’ve come to know and love.

With 11 points of articulation, you’re able to present the figure in classic poses – including his iconic hands on the hips look. 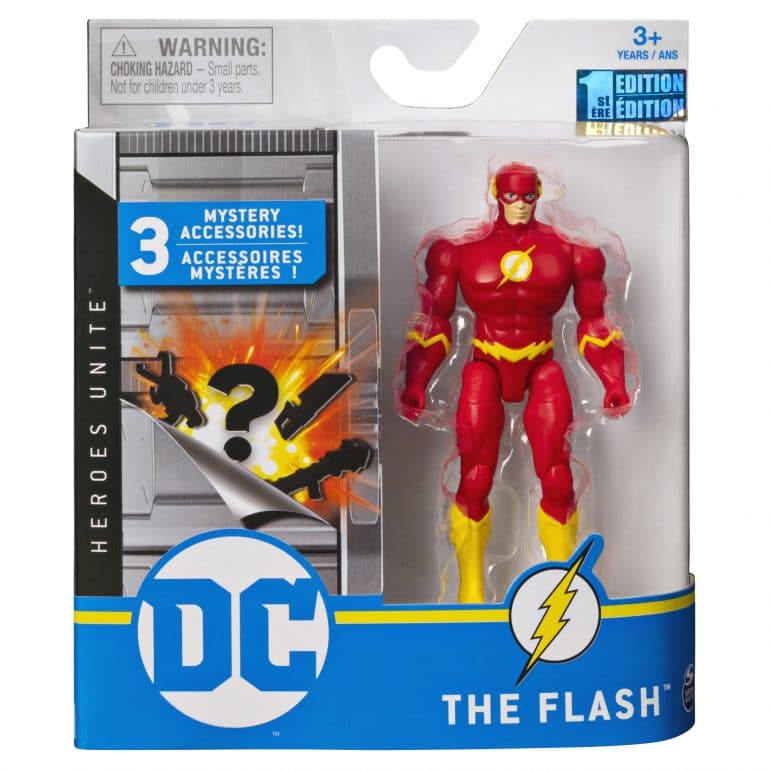 There’s something distinctively old school about the 4-inch figurine line. Much like G.I. Joe action figures in the ‘80s, they’re compact, detailed and dynamite in small packages. The Flash is no different here, as he accurately resembles the comic book version of the character.

Highly detailed and featuring 11 points of articulation, every figure comes with three mystery accessories. Some items are rarer than others, but it affords you the possibility to have a unique action figure that’s different from your friend’s.

Undoubtedly, one of the highlights for Superman fans is the black suit version of the character. Like the Flash, the body mould is the same, but it’s the paintwork and finer details that differentiate the characters from each other.

There’s also the lure of three mystery accessories, but it still doesn’t explain why the character has a tiny slot at its back for a cape when there isn’t one. It’s understandable for the regular red and blue version of the character, but black suit Superman didn’t originally have a cape. 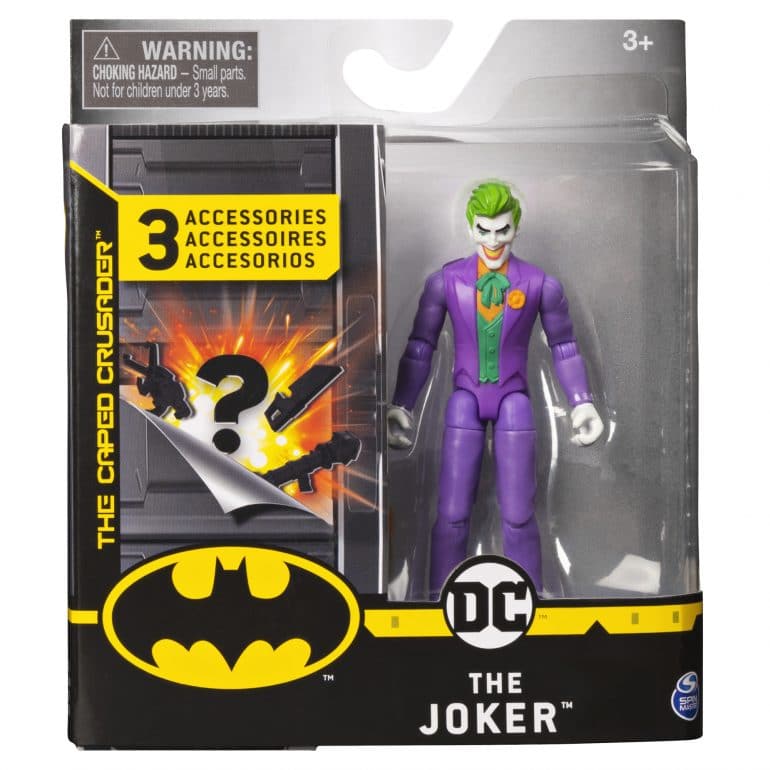 Of course, the figurine also comes with its own three mystery accessories that are tailored more for the villain. So, expect weapons and chattering teeth. You know, what you’d really expect from the Ace of Knaves. One of my biggest irritations with action figures is that they never seem to fit into the accompanying Batmobile vehicles. They’re either too big or they can’t physically fit into the seats. With this collection, that has been fixed. This 4″ Batman, can bend and position itself perfectly to fit into the epic Batmobiles (review pending).

Furthermore, the figure also comes with awesome mystery accessories – meaning you won’t know what you’ve got until you open the box. For the review unit, we received a translucent gauntlet, blaster and a metallic Batarang. All the Batgear fits neatly into the figure’s hands for positioning or for playing out your favourite Batman fight sequences.

The DC toys collection is available at your nearest toy store, or online from Just Fun Toys.