If the rumours are to be believed, the DCEU might get a whole lot more interesting. After a Twitter conversation between comic book writer Mark Millar and director Jordan Vogt-Roberts, the internet has been buzzing with speculation that Warner is considering the development of the Elseworlds story Superman: Red Son. For those who don’t know, Superman: Red Son is a comic book written by Millar and published by DC Comics in 2003. It tells an alternate universe story where Superman’s rocket ship lands on a Ukrainian collective farm rather than in Kansas. Instead of fighting for “… truth, justice, and the American Way,” Superman is described in Soviet radio broadcasts “… as the Champion of the common worker who fights a never-ending battle for Stalin, socialism, and the international expansion of the Warsaw Pact.” It’s an interesting and controversial take on the popular American hero.

It seems them DC is looking at expanding the franchise and actually doing one-shot movies based in alternate universes. Here’s what Millar had to say about it:

“Did you hear WB pitching directors Red Son? Two diff pals in the last 2 months. This truly is Putin’s America.”

Den of Geek reached out to Mark Millar, who had this to say about the situation.

“Is this something they’re genuinely planning? I have no idea. I’ve got pals at Warner Bros but never discussed it with them. I think they’re just going through their back catalog of big books and hoping to lure in good directors as opposed to any particular interest in developing Red Son. There’s always 50 conversations for every comic book movie that gets made and as far as I know this is something that is very much just at conversation stage.” 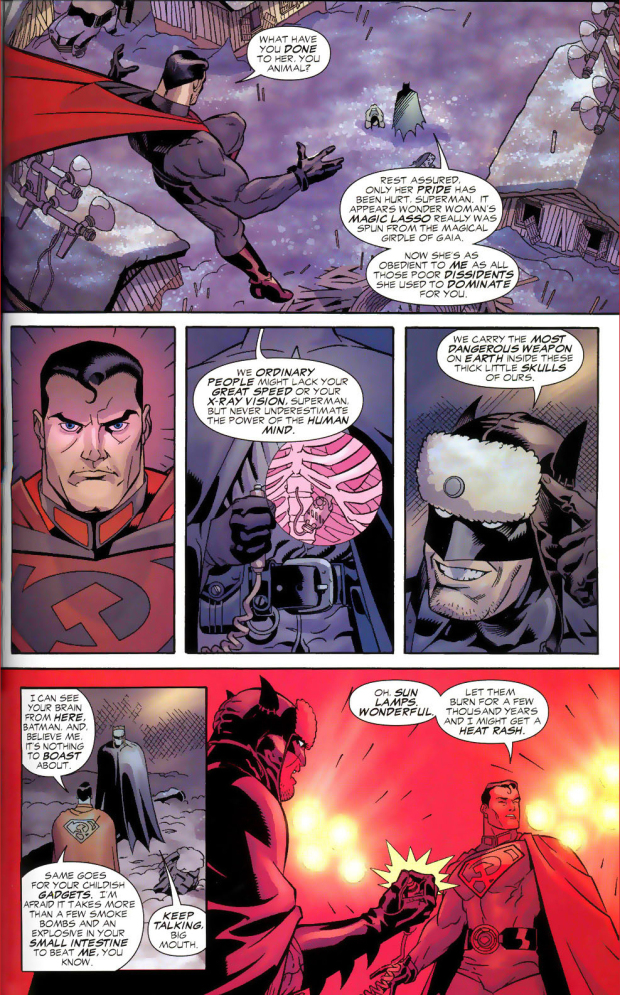 If any of this is true, it would be really great news for fans. This would open up the franchise for all sorts of alternate universe films. Perhaps we’ll even get Kingdom Come or Batman: Gotham by Gaslight. The whole world is crossing their fingers right now.

Batmobile ☑️ Batwing ☑️ Batbeard ☑️ You just revealed my identity and have now locked yourself into an eternal tug-o-war as my supervillain. https://t.co/vuZDOifWER