Ask any gamer out there which DC superhero games are their favourite and most will fanatically scream the Batman Arkham franchise and the Batman: The Telltale Series.

While I love Batman, it seems that DC has been placing all their eggs in one bat-shaped basket by putting all the focus squarely on the Dark Knight. It’s this oversaturation that has given me Batman fatigue.

With this in mind, I started thinking about other DC superhero games I’d love to see. DC has a plethora of great heroes and anti-heroes to choose from. We’ve already discussed a possible Superman game, so now I’ve put together a list of those other heroes deserving of their own games.

Many might not be aware but there actually is a Constantine game based on the terrible movie starring Keanu Reeves. Although you can probably tell I wasn’t a fan of the movie, I did enjoy the TV series, which, as luck would have it, was cancelled after one season. Although the TV series was short-lived, it convinced me that that chain-smoking scholar of the occult, John Constantine, deserves his own game.

Think about it for a second. 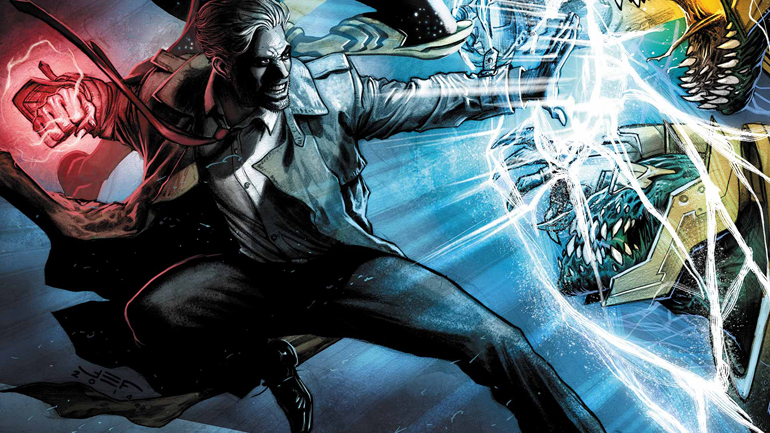 Constantine might not be the most physically imposing hero (or in this case anti-hero) out there but his quick wit and knowledge of the arcane make him an interesting and formidable foe to those who dare cross him. A game based on the Hellblazer comics should focus more on what makes Constantine such an interesting and deeply flawed hero rather than just loads of action. It could play out like a cross between a survival horror and investigative game where John is tasked with solving a mystery steeped in the occult, while having to make some seriously tough in-game choices that will affect how the game plays out.

The game would be based more around using John’s smarts and knowledge of the arcane to overcome obstacles rather than punching his way through each mission. With some great writing, an intriguing story and some deep character development, a Constantine game could be just the break we need from an overdose of Batman. 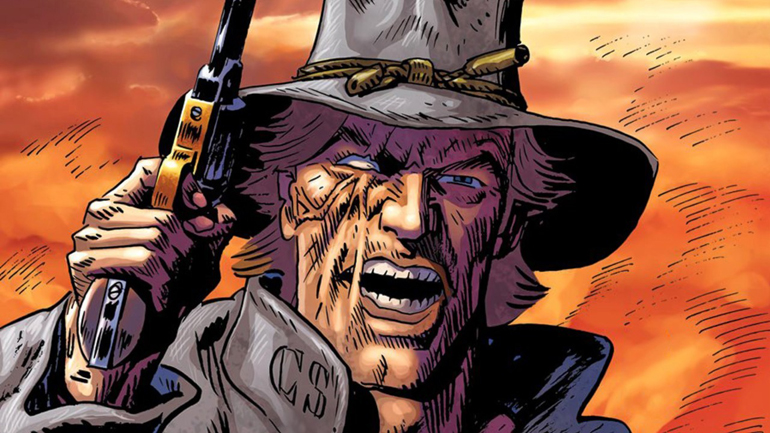 Jonah Hex is probably one of DC’s lesser-known characters. A wild west bounty hunter with an attitude problem, Jonah Hex exists in a time separate from that of most of the pantheon of DC heroes. However, he has on occasion crossed over to the present time teaming up with some of DC’s more notable superheroes.

With renewed interest in everything wild west, thanks in no small part to Rockstar’s Red Dead Redemption series of games, now would be the perfect time to give the old cowboy his own game. Granted, a Jonah Hex game might be a bit too similar to Rockstar’s franchise but if handled correctly it could make for one hell of a game – filled with outlaws, monsters and even a few demons thrown in for good measure.

With Hex being no stranger to time travel, this element could even be incorporated into the game with Hex either travelling into the future or one of the more well-known heroes popping up in the wild west fighting side by side with the bounty hunter. I mean what could be more fun than a time-travelling wild west romp featuring a badass cowboy bounty hunter?

Murdered by an assassin, Deadman, also known as Boston Brand (before he became, well, dead), is a spirit that haunts the mortal realm bringing justice to those who deserve it. Now, I know what you are thinking, “How the heck can a character who is essentially a ghost make for an interesting game?”

You see, Deadman, while he might be dead and unable to interact with anything in the physical world, does have one unique ability. He can possess the living (cue sounds of amazement). Imagine being tasked to infiltrate a heavily guarded building or enemy encampment as Deadman and retrieving some important documents. Sounds easy, sure, but remember he can’t interact with objects in the physical world.

Players would need to possess different people or even animals in order to sneak into the area, open doors or just pick up objects. This, in turn, means that a Deadman game would have branching paths to the different objectives which would ensure that each player’s experience will be different.

Who wouldn’t want to play as a body-stealing ghost? 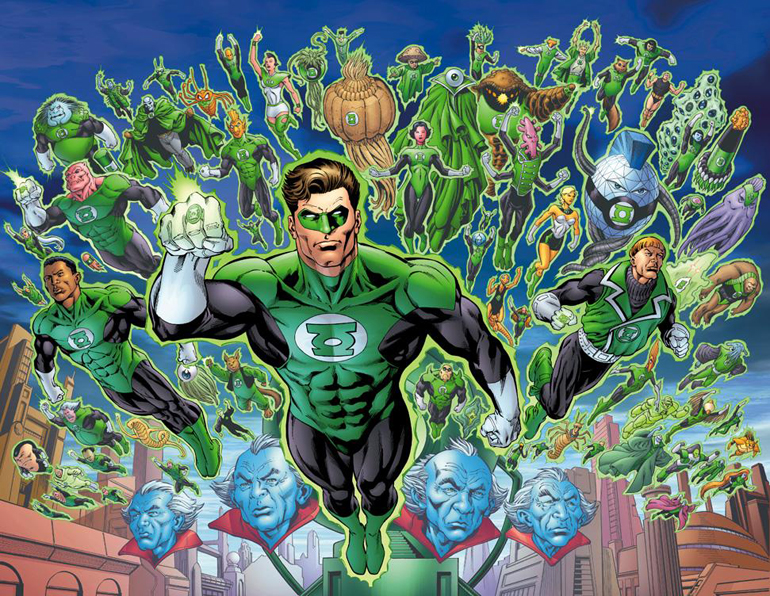 Once again, we owe the decrease in Green Lantern’s popularity in part to the awful movie which saw our favourite green-clad, ring-slinging hero not living up to his full potential.

Green Lantern recently kicked ass as part of the NetherRealm Studios’ DC superhero games, Injustice 1 and Injustice 2. While most would think that a game starring the Green Lantern would be action-packed and focused on stopping an evil villain from destroying the world (insert evil laugh), there is another way in which to approach a game featuring one of the members of the Green Lantern Corps.

In essence, Green Lanterns are less superhero and more space cops. A game that sees Green Lantern (be it Hal Jordan, Guy Garner, John Stewart or even a rookie who has just received his ring) patrolling his sector arresting criminal aliens and basically being THE LAW would be a great change from the tried-and-tested formula of “good guy stopping the insane evil mastermind”. It could basically be the DC space version of COPS.

Of course, no Green Lantern game would be complete without one or two familiar faces making an appearance, possibly Kilowog or Ch’p. Obviously, apprehending space criminals could net players XP points with which they would unlock new abilities or constructs that they could create using their rings. Bad boys, bad boys, whatcha gonna do?

Why wouldn’t DC cash in on the hype surrounding the Wonder Woman movie? Believe it or not, surprisingly there haven’t been many games based on female superheroes, well except for that Catwoman movie tie-in game. However, the less said about it the better.

Unlike her fellow Justice League members, Wonder Woman has never had her own game. And while it would be great to have a Wonder Woman game where players get to follow her through various time periods, inevitably a Diana Prince game faces the same problem a Superman game does due to her vast amount of power.

It would probably be better to have her face off against a threat inspired by Greek mythology, possibly Ares or Circe. Being an expert at hand-to-hand combat, as well as a master of both sword and shield, a Wonder Woman game could also follow in the footsteps of another gaming character that has his origins in the Greek world and that is no stranger to the pantheon of gods, Kratos.

The more narrative-driven direction that the new God of War games are taking could be a perfect fit for a game based on Diana of Themyscira. It could blend a deep storyline with some fast-paced combat. 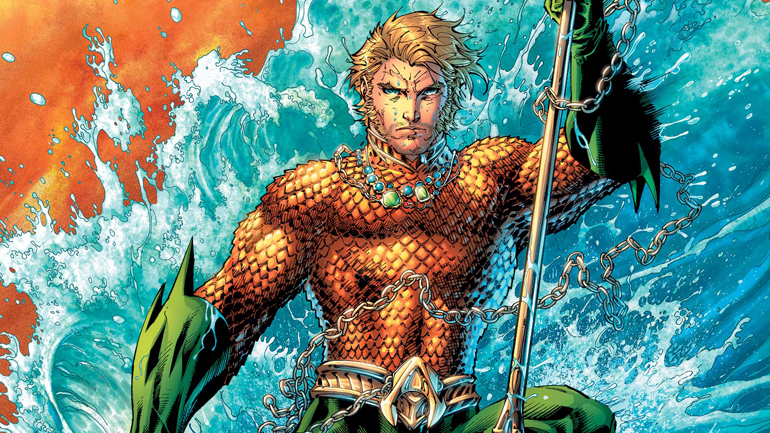 Another victim of a bad Nintendo game, Aquaman has never fully recovered from the humiliation. It’s once again time for this lord of the deep to rise up and prove to everyone that he has what it takes to be the star of a great game.

Unlike most of the above-mentioned heroes, an Aquaman game would let us explore the depths and wonders of the ocean, visit Atlantis and take on some strange creatures from the depths of the abyss. Of all the DC superhero games on this list, this is the one I’m most excited to see.

After experiencing the wonders of Rapture in BioShock (which is basically just a run down Atlantis), it would be great to once again venture into an underwater city. Not only would Aquaman be able to summon creatures from the deep to his aid him during combat (who wouldn’t want a great white shark fighting alongside them?), but the game would also focus on the political aspect of being the King of Atlantis.

There would be heaps of political drama and intrigue interspersed with some great Arkham-inspired underwater combat (basically an underwater version of Game of Thrones).

A new Aquaman game would show fans that there is far more to the orange-loving hero than talking to fish. There’s an entire ocean out there waiting for us to explore.

Can you think of other DC superhero games? We’d love to hear your suggestions.