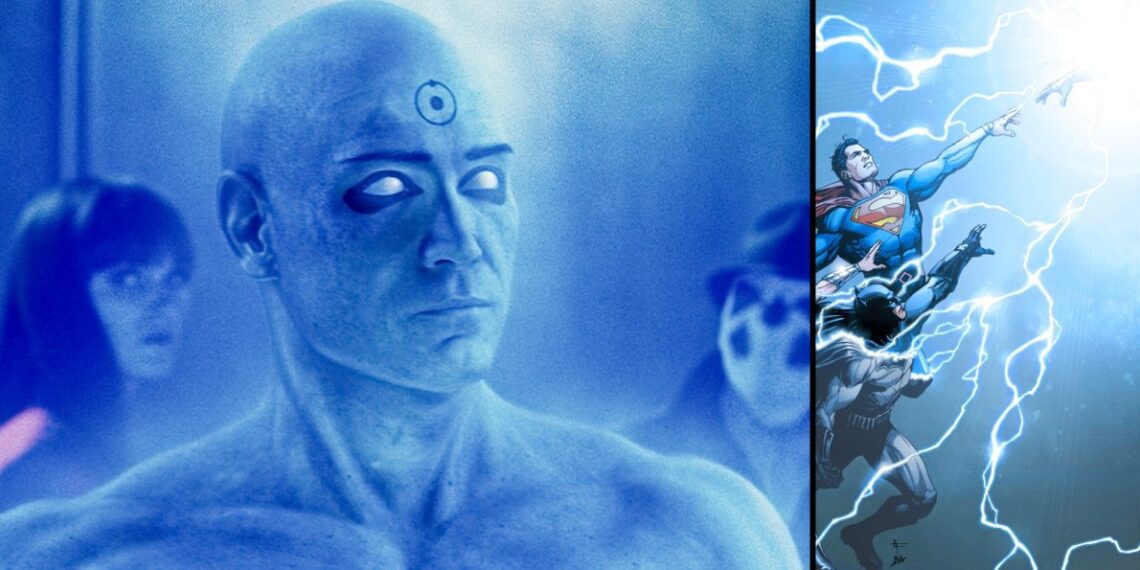 The last time we saw the omnipotent – and ultimately ineffectual – Watchmen character Doctor Manhattan, back in the original 1986/1987 series, he was toying with the idea of creating new life and possibly a new world. Whilst that series was firmly separate from the main DC timeline, the clues dropped in DC Rebirth #1 hint that the current DCU may indeed have been the result of Manhattan’s attempts. Alternatively, the mysterious Mister Oz in Rebirth could very well be Ozymandias. Either way, the result is obvious and if that’s the case then DC’s mainstream characters could be in for a wild ride. 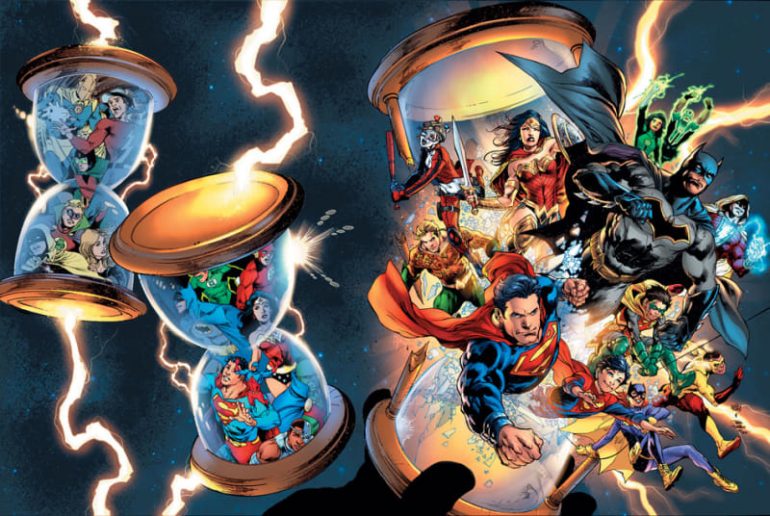 Ten years ago, Superboy-Prime went insane. Believing that the “wrong Earth” had been saved during the Crisis on Infinite Earths, he despised that the current DC Universe had become cruel and violent, only to become “corrupted” by it himself as he went on a murderous rampage.

It was a moment which simultaneously criticised the state of DC comic books and also fueled it. Echoing the thoughts of some readers that things had gotten too dark – with the murders of many fan-favourite characters like Blue Beetle/Ted Kord and Sue Dibney – the Infinite Crisis storyline was one of many signposts marking the way on the bleak landscape of the DCU. Others had come before, like Identity Crisis, and others came after like The Flashpoint Paradox. Yet Superboy-Prime, despite his insanity, also cut to the heart of the matter that the DCU seemed to have lost its sense of goodness.

Now, DC Rebirth #1 has someone else to make that point. And thankfully, he’s not insane.

The return of the classic Wally West character is a moment of triumph amidst tragedy. In a massive storytelling step forward by returning this legendary character from the past, the former sidekick-turned-Flash has seen the state of the “52” Universe… and believes that it’s lost the love it used to have.

The symbolism behind that statement is obvious. 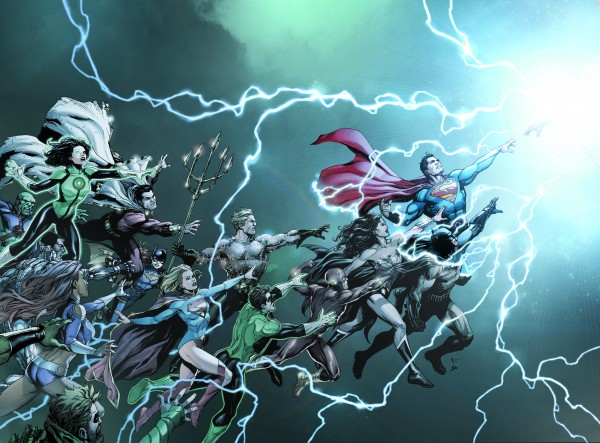 Just as the DCU became a grimmer place, many fans lost the love they had for it. This has been hailed as an apology of sorts to those fans, although the measure of its sincerity will be marked by the actions that will soon follow. Whether it signals the return to how things used to be or will simply tell a story of progression like the former Infinite Crisis is still to be seen, but the mystery here is this:

How did the DCU become like this at all?

Wally West knows that whatever happened is bigger than Flashpoint, the Reverse-Flash, Darkseid or the Crisis on Infinite Earths. It’s something dark and powerful which has infected everyone for decades, caused by an unseen force beyond everyone’s comprehension. However, there were many broad hints that the cause may just be the event which changed American comic books forever: Watchmen.

For purists, it may also be something truly unthinkable, and as disrespectful to the groundbreaking 12-issue series as the Before Watchmen series was, or even the film adaptation. Watchmen is its own story, and the thought of the characters from it being used to further the main DC groundwork may seem vile. However, from a storytelling perspective, the whole concept is one of the most intriguing ever conceived of, and seeing Batman holding The Comedian’s blood-stained badge sent tingles of excitement through long-time readers. 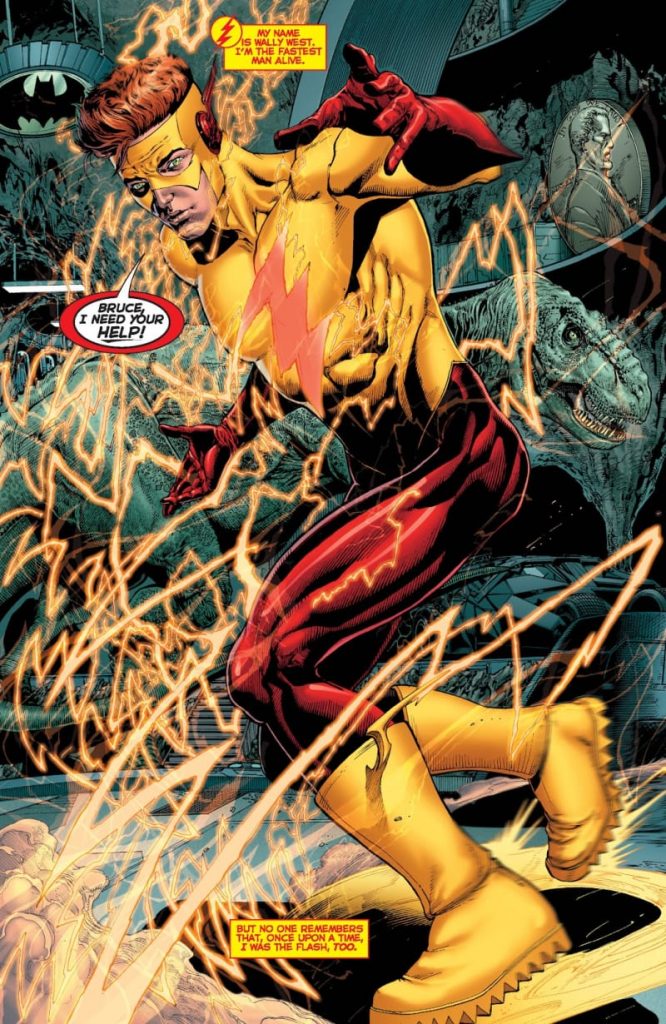 It’s a huge gamble, but why Watchmen?

Even without DC truly being able to admit that they made serious mistakes in editorial and creative policies in recent years, it’s pretty obvious that the darkness which infected DC isn’t Doctor Manhattan at all but rather the decisions which were made in the real world. Unable to say that in the story, it’s likely that Doctor Manhattan or Ozymandias would be the symbolic scapegoat of the world of 52. While that may seem like yet another indignity to the classic Alan Moore/Dave Gibbons masterpiece, it’s also fitting.

If anything, it could be the ultimate compliment.

Watchmen was something new to the world of American comic books at the time – a mature take on the world of superheroes, focusing on a conspiracy too large for anybody to comprehend which seemed to be for the greater good of humanity. Unfortunately, Watchmen set the bar so high that many creators tried to follow suit and copy its example, and the companies those creators worked for wanted exactly that. While it may have inspired better writing and smarter stories, some forgot that it was still just a comic book.

In a case of life imitating art, an increasing emphasis was placed on making comic books more adult, for the greater good and to legitimize the industry into something more respectable than just pulpy tales for kids. The mistake was forgetting that comic books should be for everyone, and that tales like Watchmen are a different breed all of their own. Comic books can be good without imitating Watchmen, and those who failed to understand that made mistakes. 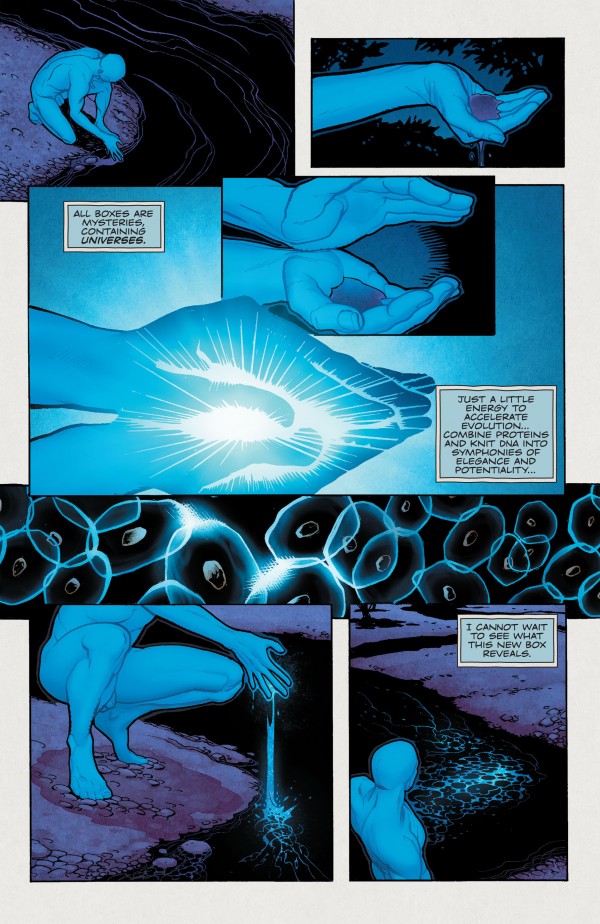 It isn’t an accusation, and Watchmen isn’t to blame. But it symbolised a moment of change within the industry desperate to be seen as more than just a source of entertainment. And for that reason, Doctor Manhattan (or Ozymandias) may just be the most logical choice to have infected the DCU with darkness.

It’s clear where the fans should really lay their blame. Long-term readers know this, and the “apology” which is DC Rebirth #1 makes it clear that the people behind this know too. 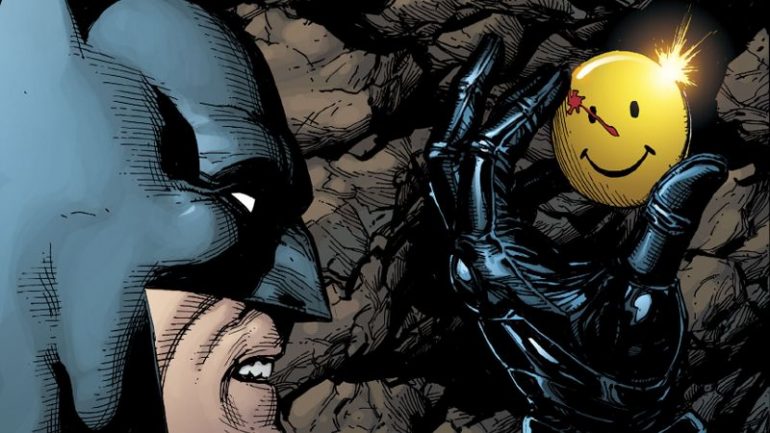