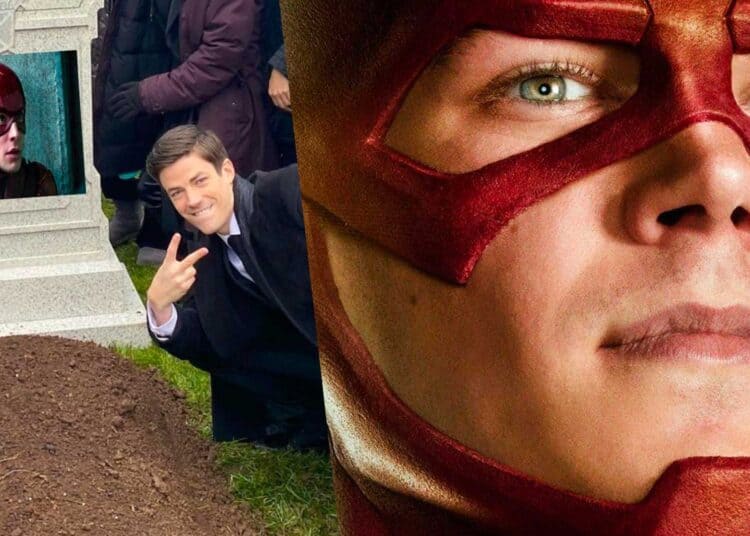 Yesterday, we reported that Flash actor Ezra Miller was in the hot seat with Warner Bros. regarding his recent behaviour. A new report revealed that the execs called an emergency meeting to discuss the recent legal trouble of the DCEU star and their plans to move forward with the franchise. Well, DC fans have a suggestion: replace Ezra Miller with Grant Gustin as the Flash in the DCEU.

Right from the very start, the SnyderVerse has had a very rocky path. When you think back on the franchise, it’s hard not to sigh when thinking of all the upsets that have plagued the DCEU. Ben Affleck has been off and on again with Batman. Henry Cavill’s Superman has been MIA since Man of Steel. Cyborg actor Ray Fisher has accused the studio of racism and called out Joss Whedon’s unprofessional behaviour. Then there’s that Justice League disaster. Now, there are rumours that Will Smith’s Deadshot movie is on hold too. What more could go wrong for the DC cinematic universe?

It feels like every time things start falling into place for the studio (and fans who want more DC films), something comes along to interfere with plans. But perhaps, just perhaps, this time it might be a blessing in disguise. Over the years, fans have been complaining about the casting of The Flash in the DCEU, with many feeling that Grant Gustin would have been a better fit for the role than Ezra Miller.

Well, after yesterday’s news, it seems are encouraging the studio to make the change again. And, to be honest, based on everything that’s happening with Ezra Miller right now, it wouldn’t be the worst idea to pull Grant Gustin in to take over as Flash in the DCEU.

On Wednesday, social media was flooded with requests from fans demanding that the CW star be included instead. “The best time to make Grant Gustin the DCEU Flash was years ago,” one user shared, “the 2nd best time is now.”

And it’s not the most ridiculous idea, especially since he has played Barry Allen in The Flash series since 2014 — with the ninth season expected next year.

But with the release date for The Flash solo movie coming up fast – even though Warner Bros. delayed major titles on its slate earlier this year — it’s hard to imagine that the studio would delay the franchise again, right? The Flash moved from November 4, 2022 to June 23, 2023. Is that enough time to swap out the characters and reshoot an entire film?

Also, bear in mind what happened the last time this happened. We got that awful Superman moustache CGI disaster. We can’t have that again.

Our best guess is that Warner Bros. will try to move forward with the film as is and do damage control once the film has been released. That said, it does seem like Ezra Miller’s days of playing Flash are over. Whether or not fans will get their wish of seeing Grant Gustin in the role remains to be seen.

At least he is much better at running.

Tell us, do you want Grant Gustin to replace Ezra Miller in the Flash movie?