DC’s Essential 25 Graphic Novels: Essentially Right, But Not Quite 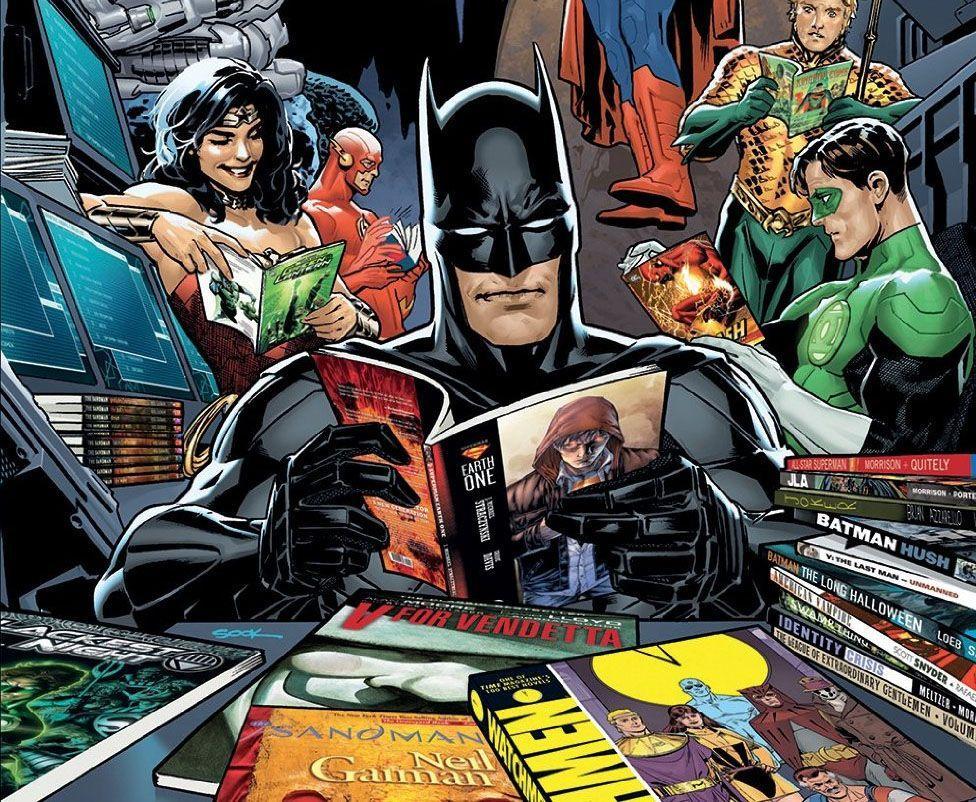 The last time I was at the comic book shop I picked up the usual promotional leaflets and things you find at the counter. They were adverts for upcoming comic book events, title launches and so on. One was a DC bookmark featuring the Joker and the Penguin behind bars enjoying some comic books, while outside Catwoman enjoys one on her iPad. Batman keeps guard rather lazily, enjoying a Justice League graphic novel with a grin on his face. 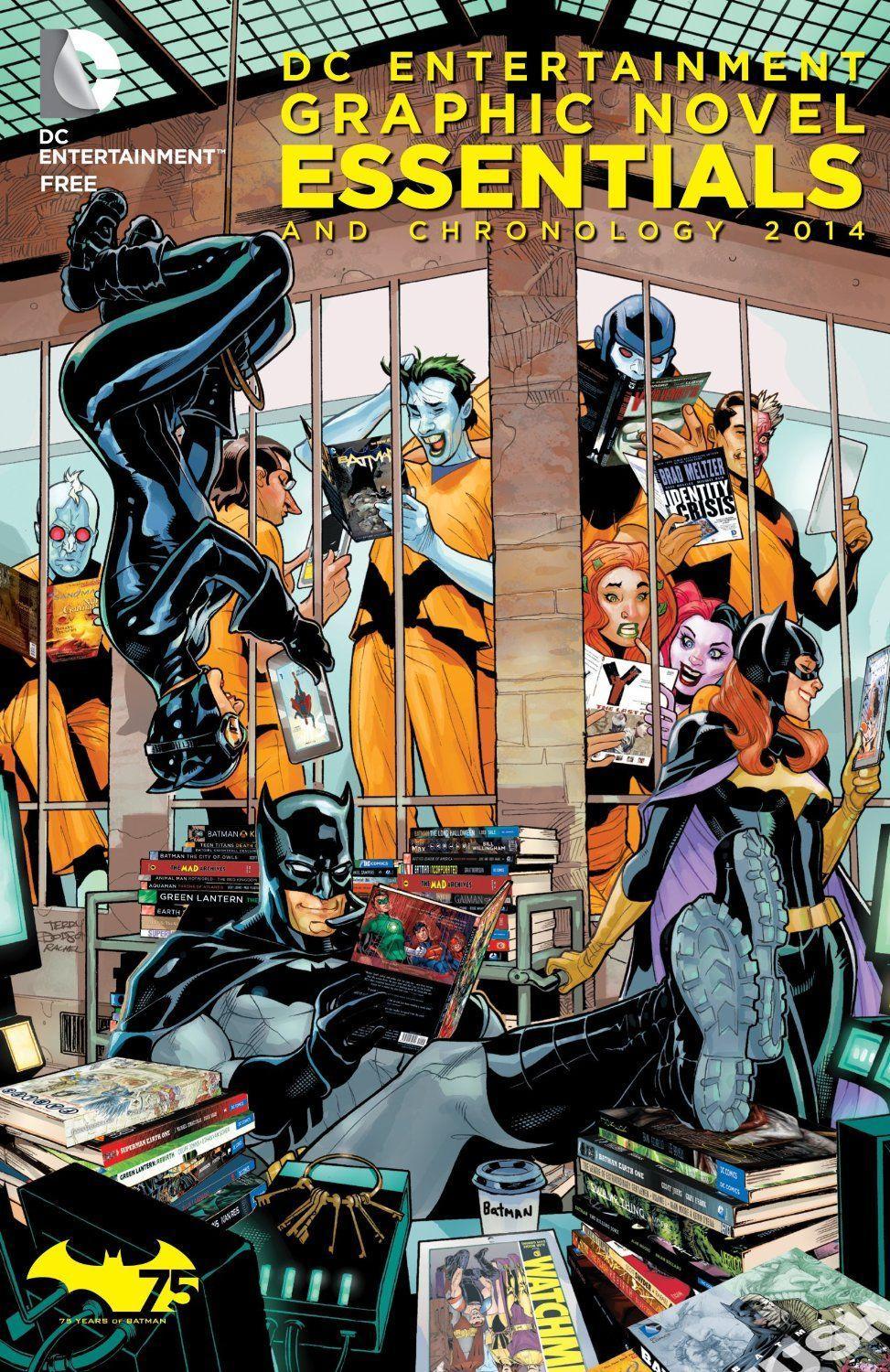 It’s a cute picture, albeit an odd one.

Actually, it reminded me of happier days when supervillains could be stopped in their tracks by Batman tossing some Hostess Fruit Pies or Twinkies at them, or Superman solving the mystery of a villain’s secret lair by using a Rubik’s Snake toy. The idea that Batman and the gang can all just sit back and enjoy some comic books is silly, but I like it.

The bookmark was an advert for DC’s Essential 25 Graphic Novels, and on the back was a list of the ones they’ve picked out for our enjoyment, along with a checklist. That’s nice of them. Who doesn’t like ticking off a checklist?

Actually, many of the ones listed are collections, not graphic novels, but that’s just splitting hairs. Back to the list…

The list itself was a real mixed bag. Understandably, there were several Alan Moore titles including Watchmen and V for Vendetta. Seeing League of Extraordinary Gentlemen being pushed as a DC title made me wince, and once again I felt sorry for The Original Writer and his seemingly never-ending battle against the system. There was Neil Gaiman’s Sandman, Frank Miller’s Batman: Year One, Waid and Ross’s Kingdom Come, Loeb and Sale’s Batman: The Long Halloween and many others titles that I love. 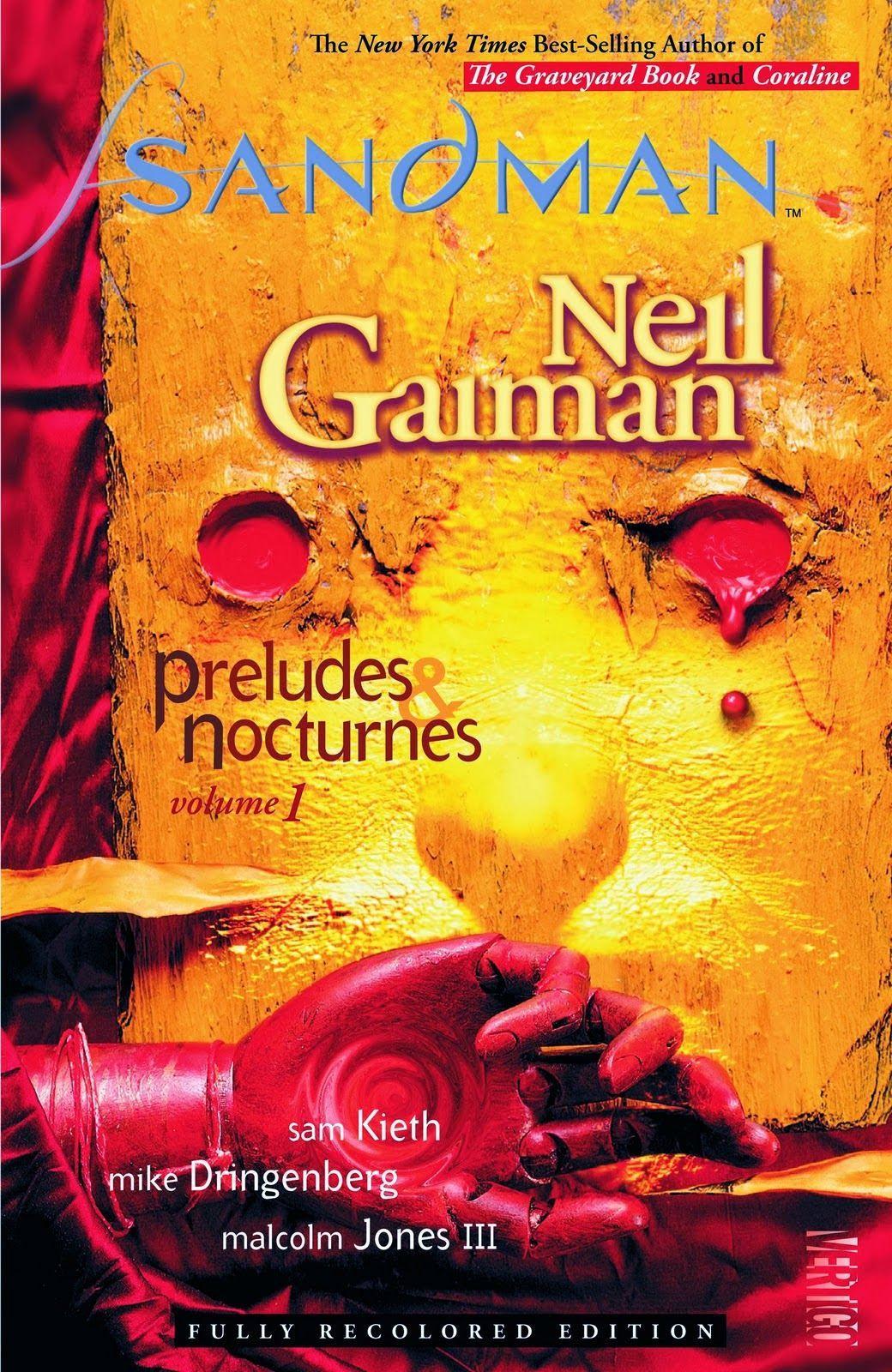 Then there were some that I figured were marginal, just to shake the list up a bit. All-Star Superman was in that group, along with Joker, Wonder Woman volume 1: Blood, and some of the Earth One titles. I don’t have anything against them, I just suddenly remembered how subjective a list like this is. Everyone has their favourite, some old and some new, and lists like this come and go all the time.

Strangely, I’m reminded of a list of top movies of all time in Empire magazine a few years back, and according to the vote Joss Whedon’s Serenity was high up on the list. I liked Serenity, it was an ambitious project to continue a TV project that had failed and make it work. I liked the actors from the show and movie, I liked the belief in it that Whedon had, and I liked the film. I give it a lot of credit. But is it one of the best films of all time? Honestly, no. It caught the public’s attention when it hit, and achieved what it was supposed to, but that’s it.

Classics, true classics, are the ones that never quite leave you.

They’re the ones you go back to on a rainy day, or that you think of when you’re in a certain situation. The stories haunt you, open your mind or linger in your subconscious. There are moments from them that instantly bring memories flooding back, and once you’ve finished reading them you put them down and go “Wow”. 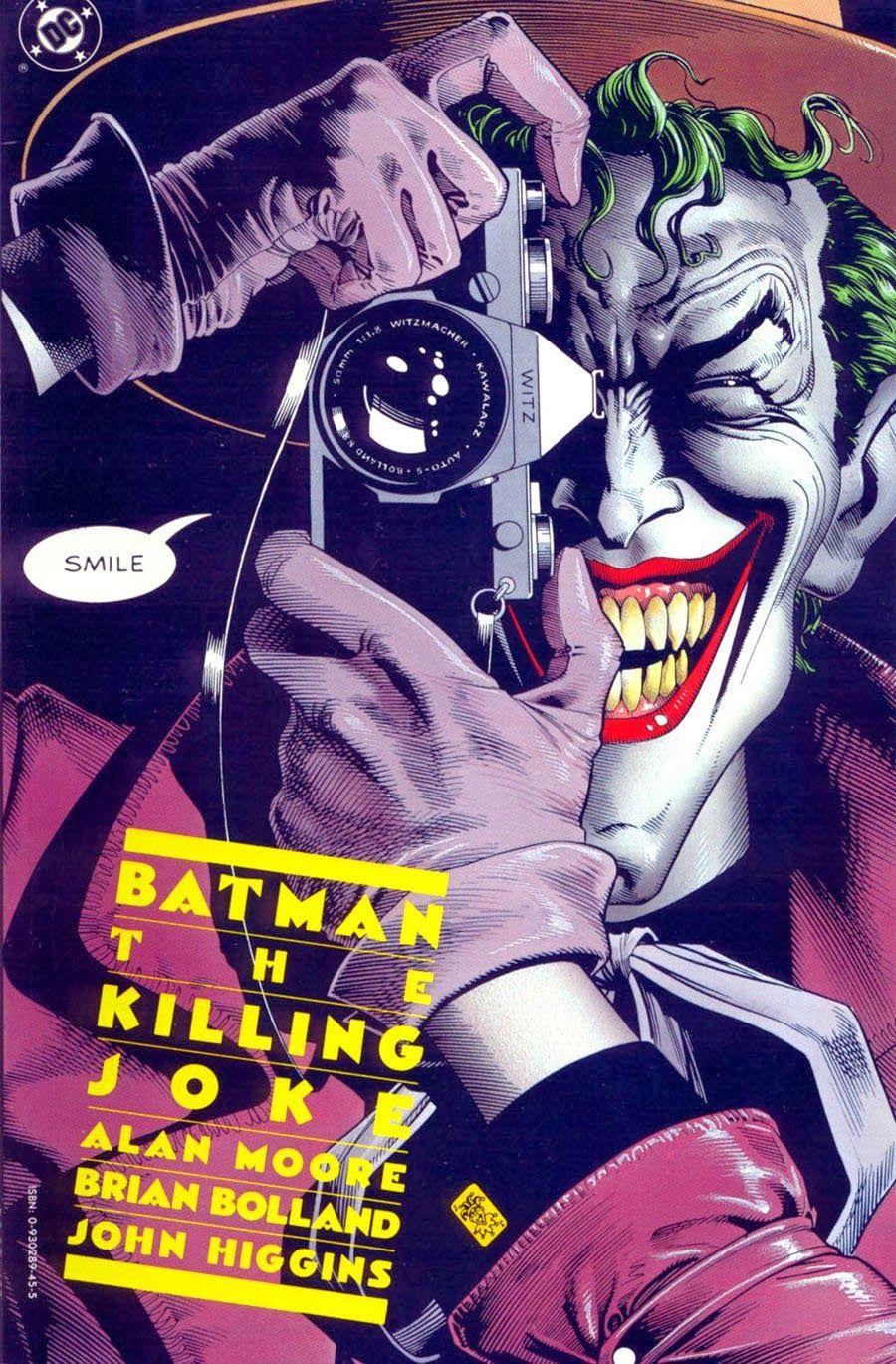 Watchmen may be the most over-hyped comic book series ever, but it also backs up that hype and every time I read it I come away with something new. It’s the gift that keeps giving. To this day I can remember exactly where and when I read it, why and how, and feeling like my world had been rocked. Classic. The Dark Knight Returns was similar but not as powerful, but the Batman/Superman fight is etched in my memory. The Killing Joke made my jaw drop.

You never know what may be a future classic to join the ranks of the elite. There was probably a time when The Long Halloween would have been in the fringe group, despite its brilliance. The same goes for Hush, yet both are easily deserving of being on that essential list. Some of the others, in my opinion, probably shouldn’t.

I’ll take Arkham Asyum over Batman: Earth One any day of the week. American Vampire? No, I’ll take Doom Patrol: Crawling From The Wreckage. Justice League volume 1: Origin? I’ll take JLA Year One rather. I’d pick Batgirl Year One, Darnell & Ross’s Uncle Sam, Sandman Mystery Theatre: The Tarantula, The Golden Age, Crisis on Infinite Earths, and with some Jack Kirby’s New Gods, Starman, JLI and a whole lot more thrown in for good measure. All of them made me feel more than All-Star Superman.

But like I said, that’s just my opinion. Hell, I know a guy who read Watchmen in two hours and thinks it’s no great shakes, so what do I know? To each their own.

All of those one I mentioned have appeared on lists in the past, but things change and the list constantly needs to be updated to accommodate whatever works best at the time. Not everything on the list is truly “essential” reading; instead they’re a mixed bag of genuine classics, some that may become that in the future, and some that are just things they want you to buy regardless.

Don’t be fooled and go out to tick off that checklist. You don’t have to. Just because it’s a list they gave you, that doesn’t mean it’s right. Comic books are there to be enjoyed at your own pace, and when you do find that “wow” moment it’ll be because you discovered it for yourself, with or without a guide. Some of my favourite stories and moments in comic books aren’t even contained in any collection at all, but for me they’re still classics.

So the only real essential here is this: Enjoy them. That’s what really counts. 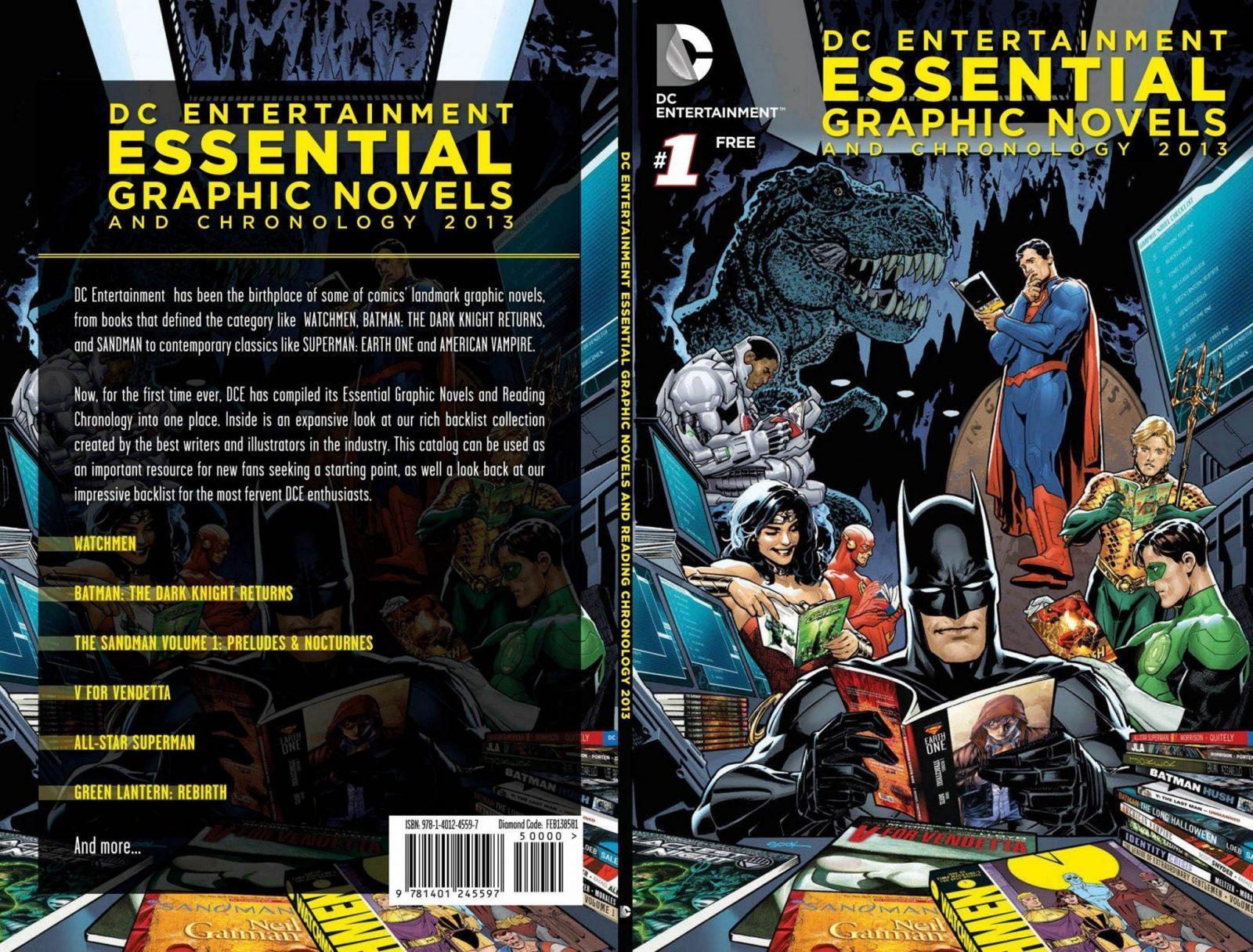