These aren’t their finest hours, these are the moments where they seemed as flawed as the rest of us… We count down DC comic book battles we’d rather forget.

Batman vs. the Joker.
Superman vs. Doomsday.
The Flash vs. the Reverse-Flash.
Wonder Woman vs. Ares.

These are the sort of fights that you expect to see in DC comic books, where our heroes are in life-or-death struggles that push them to the limit, battling against impossible odds but standing triumphant. Fighting for what’s right and because they have the moral high ground, this is what makes them heroes.

But what about some of the more embarrassing match-ups, the one-sided fights and the moments where they haven’t exactly shone? The ones that, for one reason or another, they’d rather forget about? What about the DC comic book battles we’d rather forget? 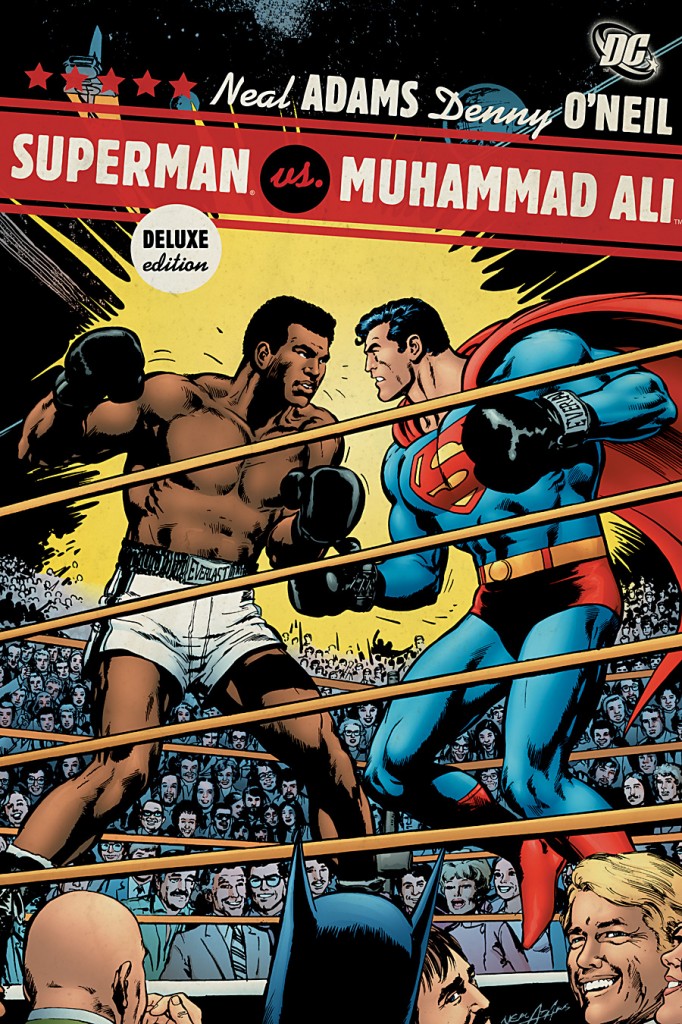 Ali may have floated like a butterfly and stung like a bee, but the world’s boxing champion wasn’t faster than a speeding bullet or able to leap tall buildings in a single bound. But Superman couldn’t do either when he had to fight the champ under a red sun. Robbed of his superpowers, the man of steel had feet of lead and a jaw of glass. Superman’s determination kept him going, but Ali wanted the fight stopped and Superman got KO’d. Oh, and Ali figured out his secret identity, too. 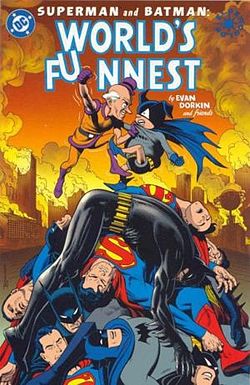 This may have been an Elseworlds story, but it crossed over into so many versions of the DCU it has to be seen to be believed. Those two mischievous troublemakers go on a rampage to prove who’s better, Superman or Batman. From mainstream to Miller’s Dark Knight, Crisis on Infinite Earths to Kingdom Come, countless heroes are killed in bizarre ways and universes are destroyed. Batman and Superman do absolutely nothing while the omnipotent imps prove how totally useless both of their heroes are. Hal Jordan may be the Green Lantern that the fans prefer, but Mosaic was John Stewart’s home. When Hal popped in to criticise John and tries to probe his mind, years of anger and resentment result in a fight that many imagined Hal would win. Instead, John Stewart rips apart Hal’s high-and-mighty attitude, his lack of creativity and his arrogance before delivering a knockout blow. As he explains, Hal’s test pilot attitude lets him fly above the world in a straight line, but John’s the architect on the ground who builds the world and knows it. By the end, Hal Jordan looks like a complete moron and far from a hero. When “Robot Man” Cliff Steele’s robot body malfunctions, his brain is taken out while his robot body has achieved independent sentience. Enter Brotherhood of Evil villains Monsieur Mallah and The Brain and a slugfest ensues. Mallah bests the body in combat while the two brains sit in their jars doing nothing. The end result is a cyborg/gorilla inter-species kiss, an explosion, and Cliff Steele’s brain wearing Mallah’s prized beret as a trophy, despite having done nothing at all to win. Well, that’s Grant Morrison’s writing for you… Speaking of Grant Morrison, he actually took the time to appear in the final issue of his Animal Man run, with the hero blaming Grant for all his problems. Morrison explains his writing to a bewildered character and confesses to it being an anti-climax and preachy, while Animal Man has a go at his pseudo-existential narratives. Sadly, the writer controls the story and has Animal Man beaten mercilessly in the background while Morrison thanks the people he worked with and gives out PETA’s charity address. It’s a great ending and a fantastic example of metafiction, but it’s a one-sided fight where the hero didn’t stand a chance. It’s a quiet night for Batman as he sits in the Batcave alone. Alfred is gone, as Bruce Wayne, he faces a barrage of abuse from an ex on the phone, Oracle isn’t interested in chatting and Nightwing doesn’t want to be pestered. With nothing else to do and starved for company he resorts to asking Aquaman to visit him under the pretext of helping him retrieve his giant penny, which has fallen into one of the Batcave’s subterranean rivers. Even Aquaman isn’t that dumb, and advises the dark knight to tell him to pick up some beers and a video next time he’s lonely. Yes, even other heroes get tired of Batman’s moody brooding. 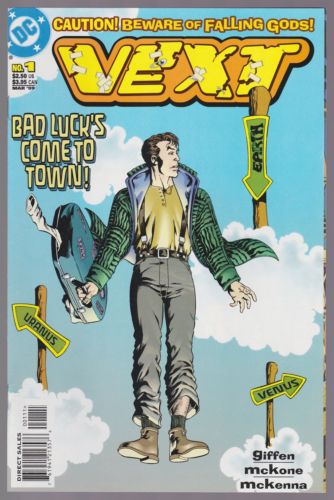 Even Superman has bad days, and when he pays a visit to Vext – the former god of misfortune – he struggles to lay down the rules of conduct amongst mortals because he has to explain how a toilet works, pointing out that you just have to jiggle the handle. Then he gets mistaken for a fanboy on his way to a comic book convention and told to “Live long and prosper”. Some days in the Justice League are like that… 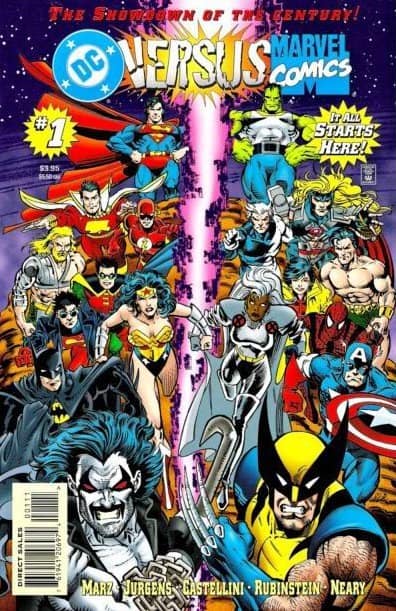 Lobo was DC’s ultimate anti-hero, constantly swearing and ultra-violent, but he was no match for the popularity of Marvel’s top mutant Wolverine. Despite it being made perfectly clear in the comics that Lobo could beat up Superman, had a healing factor, was nearly invulnerable, could lift 100 tons and couldn’t be killed (he died once, but was banned from entering the afterlife ever again), he lost to the X-man just on fan votes. It was a sad day for the main man, impartiality, logic and fanboy common sense, especially since the fight wasn’t even shown properly! Superboy ruffled the feathers of Superman when he visited the Kent family back on the old Smallville homestead, especially when he told Clark that he didn’t bother reading his stories in the Daily Planet. Superboy wore Clark’s clothes, pointed out that Lana Lang was hot, relaxed on Clark’s bed and pretty much took all of Clark’s attention from Ma and Pa Kent. In one of those “character building” moments adults make kids go through, Clark sets up the clone boy of steel to milk a cow. The young hero gets a blast of milk in the eye for his troubles, a life lesson is learned… but it’s a dirty trick from the man of steel, and we all know it.

Which other DC comic book battles would you like to forget?