When the summer sun is blazing, what kind of mayhem will Bizarro and the Joker bring when they team up? What is it that drives Cheetah to be who she is, and can a young Oswald Cobblepot get the courage (and physique) to talk to socialite Veronica Vreeland? As for Mister Freeze, can he find solace from the heat in some of the simpler pleasures that the season has to offer? DC Beach Blanket Bad Guys Summer Special #1 is a mixed bag of 10 stories, offering all this and more.

What can Lex Luthor learn from a basic act of human kindness after his car breaks down? Will Giganta’s return to her hometown give her the opportunity to confront her childhood problems? Can Black Manta truly be trusted, and will Deathstroke deliver on a hit to kill an abusive father? And on the distant reality known as Earth 3, what fate awaits the Crime Syndicate when one of their own turns on them? 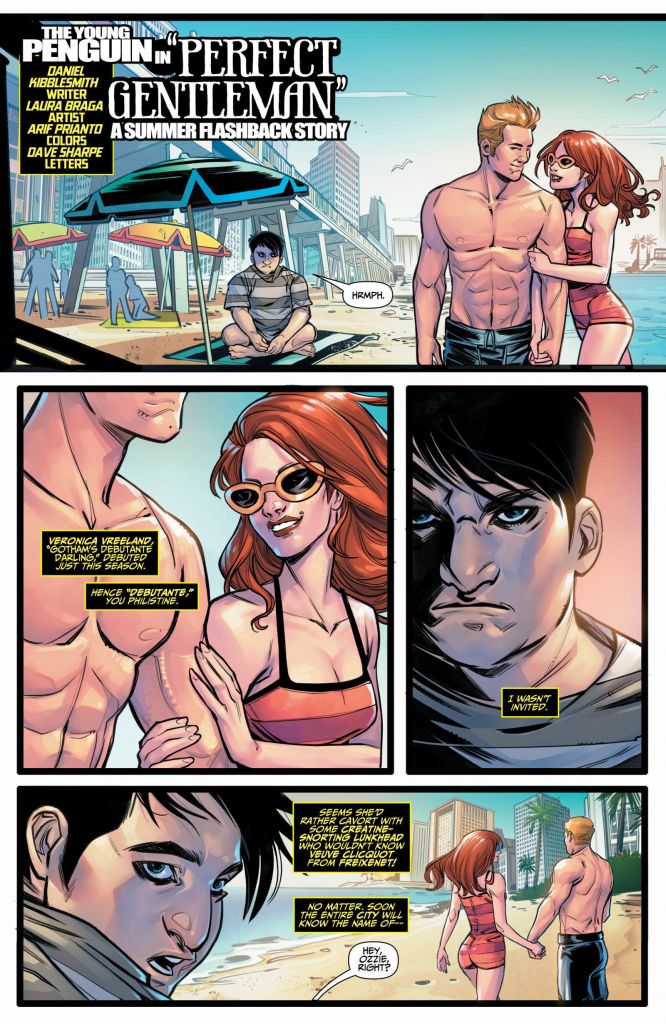 Anthology comics are always an awkward one to review because they can be such a mixed bag. You may find the best story you ever read, right next to one that’s the worst. This sort of hit-and-miss format can be frustrating and unfair, both for readers and creators alike. All you can do is hope that the positives outweigh the negatives enough to make it worthwhile.

DC Beach Blanket Bad Guys Summer Special #1 fails in that regard. And given the cover price, it’s fair to say that readers are being overcharged for it, too. Oh, and for the record, the cover is a bit of a lie. There’s no appearance of the Riddler or Harley Quinn, so don’t get your hopes up.

The real tragedy of this volume is that there are a couple of really, really good stories in here. The Giganta story is, despite a few unconvincing lines of dialogue, a surprisingly solid short story and Paul Dini’s tale of Mister Freeze – while let down a little by the visuals – is the sort of story that reminds readers of why Freeze is such a great character. The Bizarro/Joker story is nothing more than bonkers fun, but that works in its own way, while the Lex Luthor story is an interesting one that’s perhaps let down by a weak resolution. 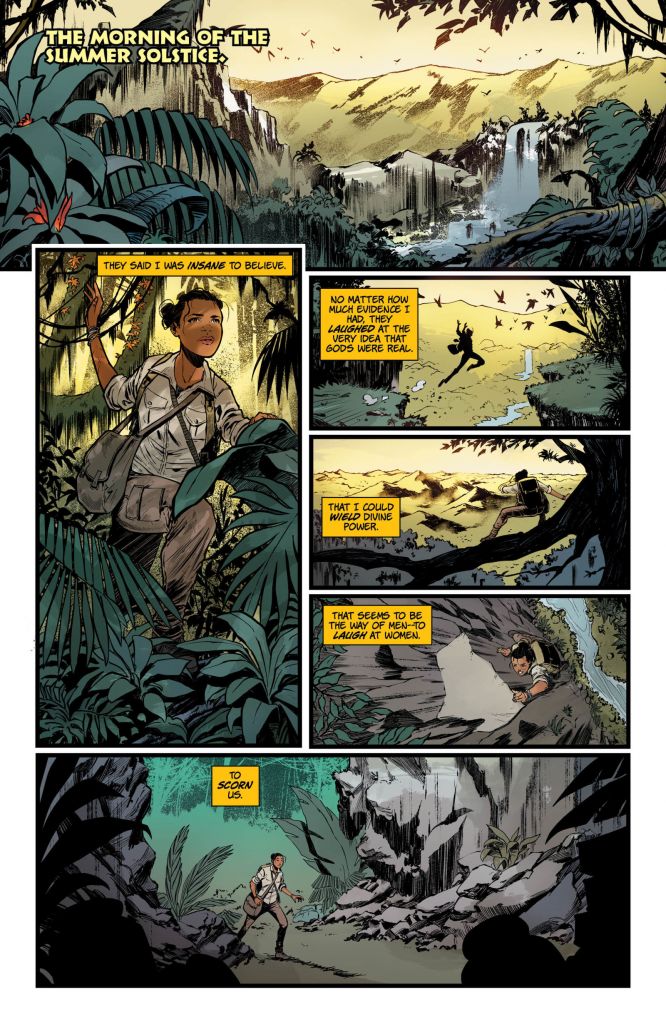 On the down side, many of the other stories featured here are not only weak, but some are downright forgettable too. Even in writing this review, I almost completely forgot to mention a Gorilla Grodd story featuring the Flash because it simply didn’t resonate. That may sound bad, but it’s still better than the worst offenders. Again, because of the format, it’s hard to target exactly where each story falls apart without going in to more detail than this review can handle. However, one of the biggest recurring problems is that they’re neither fun nor meaningful to read, serving as little more than page-fillers.

That isn’t to say that they’re all bad, and there’s plenty of redeeming factors in most of the stories. Sometimes it’s the artwork, other times it’s something as simple as a solid line of dialogue. Unfortunately, the whole isn’t as strong as the sum of its parts. When this issue works, it works brilliantly… and when it fails, it fails badly. There’s entertainment to be had, but not on every page.

Ultimately, DC Beach Blanket Bad Guys Summer Special #1 falls in to the same kind of (sand)trap as many anthologies. Good in parts, disappointing in others, and far too expensive. Like a day at a crowded beach it’s busy and noisy, and nowhere near as enjoyable as you’d hoped for.