I have a confession: I like to eat Ghost Pops, the tomato-flavoured maize puff chips. The problem is that they don’t really taste like they used to. They were first brought out back in 1984 to cash in on the popularity of the film Ghostbusters, and as a kid I’d eat them all the time. Then they discontinued them a few years later. But they came back a couple of years ago, with all-new packaging but boasting they had the same original flavour. They don’t. I still like them, but they’re just not quite the same.

Zack Snyder and James Gunn – yes, they of Batman v. Superman and the Guardians of the Galaxy films – well, their Dawn Of The Dead remake is a bit like that. As a film, Dawn Of The Dead has got the same title as the original, but it really isn’t the same film. The packaging and style are different from the original Romero horror classic, despite the similarities. That doesn’t make it worse though, it’s just different. It’s always hard trying to separate remakes from the originals because they should be judged on their own merits. Yet, since the moviemakers are hoping to cash in on those originals, some comparison is inevitable.

The story starts with nurse Ana finishing her shift at the local hospital and heading home. Warning signs are everywhere that a zombie outbreak is beginning, but she doesn’t notice until it’s too late and her husband has been bitten, dies, and then comes back to life to try and eat her. After a mad dash through the suburbs, she reaches a shopping mall and takes refuge with a handful of other survivors. The security guards from the mall are power-mad dim-bulb nutcases though, and an uneasy alliance is forged.

More survivors arrive and there’s some zombie madness when it turns out several of the infected are amongst them. But, for the most part, the days pass and the mall becomes both their home and luxury prison. From the rooftop, they play games with a fellow survivor who’s camped out at the nearby gun store, and their initial plan is just to wait things out and take pot-shots at the gathered zombies on the streets below. Only no help is coming. Naturally, things get out of control pretty quickly and personalities clash, before they decide to abandon the mall with the hopes of commandeering a yacht from the nearby harbour, getting them as far away from the zombies as possible. It’s a chaotic race against time ahead of them…

Let’s get down to brass tacks, folks. The zombies in Dawn Of The Dead are those World War Z-style fast ones, not the classic slow ones. There’s more action in this film than tension. Because of the size of the cast, we don’t really get to know the individual characters, so they’re mostly one-dimensional. The theme of society revolving around consumerism isn’t exploited fully, nor is the idea that the mall is their prison. The actors are good, but the casting choices (hey, look! It’s Phil Dunphy from Modern Family!) may leave you scratching your head. This is one of those films that’s divided horror fans…

…But it shouldn’t have.

The introduction and opening credits sequence are some of the best-filmed moments you’ll ever find on screen. The style is sleek, the story is solid and the pacing is quick. There are lots of wry musical cues and moments that will make you grin, and genuine creativity that shines through. The choice of Lounge Against The Machine’s version of Down With The Sickness on the soundtrack is hilarious. Plus, it’s smart enough to make full use of the end credits sequence, so you can’t stop watching even when it all seems to be over. The film works so effortlessly and entertainingly that the flaws don’t have much chance to stand out.

There are always going to be debates about this film because of its history, but the truth of it is that it’s a great film. Sometimes it’s a morbid fascination that’ll keep you watching and other times it’s like a shot of pure adrenaline but, either way, it ticks all the boxes that a good horror film should.

So, yeah… Dawn Of The Dead is kind of like those Ghost Pops I like. It certainly isn’t the original product and lacks the flavour of the original but, as a substitute, it more than does the job. 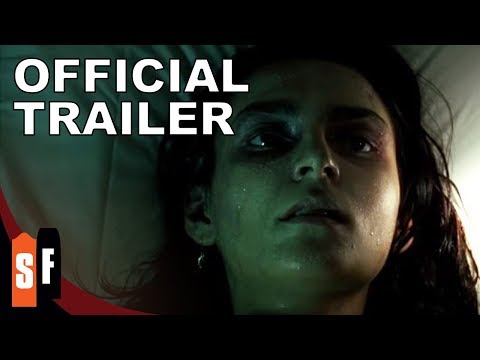