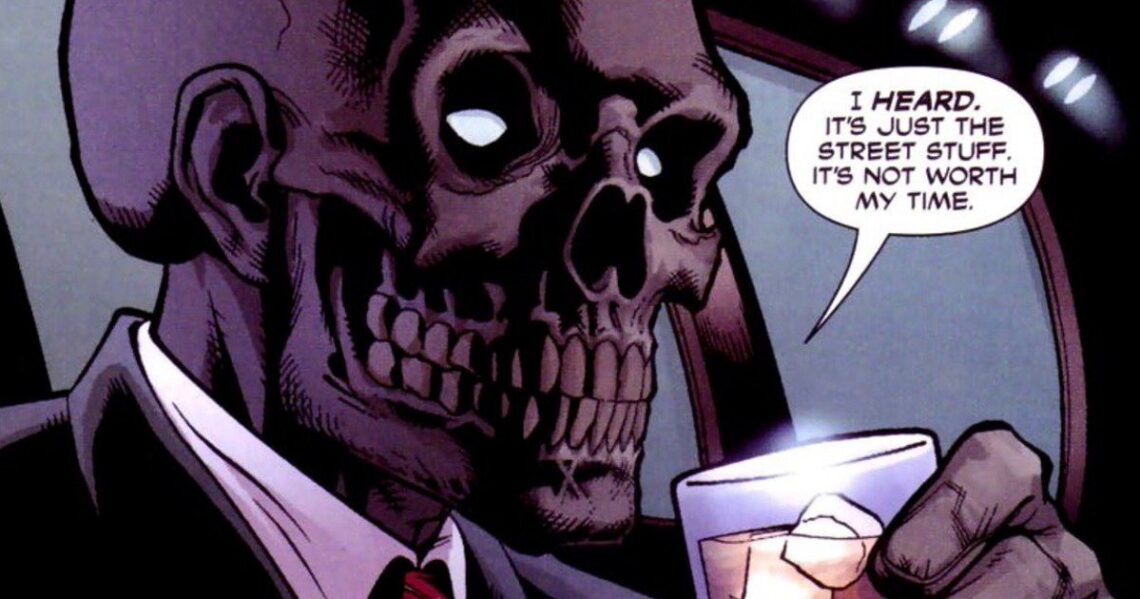 David Ayer sent out a comic book image on Twitter, featuring the iconic DC Comics villain Black Mask. Does this mean that the Batman villain will be introduced as the bad guy for the upcoming Harley Quinn spinoff movie, Gotham City Sirens? Yes. Maybe. Probably.

The image is from a page of Batman: Under the Red Hood in Batman #635 – 650. While it doesn’t really prove anything, Ayer did do something similar when he introduced Jared Leto’s Joker for Suicide Squad. He also confirmed Poison Ivy and Catwoman in the same manner, posting images of the characters on social media.

In the comics, Black Mask is one of Batman’s deadliest enemies. He also has a similar origin story to Bruce Wayne: He was born Roman Sionis to affluent parents who were part of Gotham City’s wealthy elite. After graduating from high school, Roman worked for the family business, Janus Cosmetics. Soon after, Roman killed his parents and burnt their house to the ground. After inheriting the business, he is struck by lighting and is reborn as the Black Mask.