Because You Asked For It, Dave Franco Is Vanilla Ice in To the Extreme Film 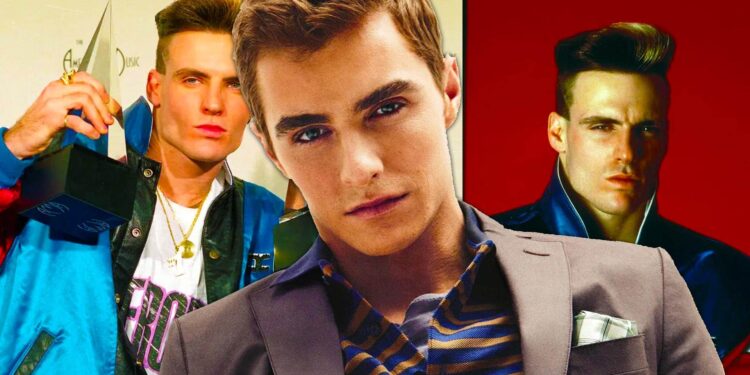 Good news for ‘Ice Ice Baby’ fans. A Vanilla Ice film, titled To the Extreme, is on the way, and it stars Dave Franco as the famous ’90s white rapper.

Performer Rob Van Winkle shot to mainstream success with his debut album To the Extreme back in the ’90s. The upcoming film will document his story from a high school dropout selling cars to becoming one of the first white hip-hop artists to top the Billboard charts.

“We have been in development for a while but we are inching closer and closer to preproduction,” said Dave Franco, who was last seen in Netflix’s 6 Underground alongside Ryan Reynolds.

In order to get into character, Franco has been talking to Vanilla Ice on the phone quite a lot.

When asked about the tone of the film, Dave Franco obviously referenced his older brother’s The Disaster Artist, which saw huge success. “With that movie, people expected us to make a broad comedy where we make fun of Tommy Wiseau,” said Franco. “But the more real we played it, the funnier and heartfelt it was – that’s the tone we want for this one as well.”

Vanilla Ice, who sometimes goes by just Ice these days, hasn’t had the best of luck in the music industry lately. Cancelled shows and poor record sales have been regular during the latter part of his career.

Perhaps, just perhaps, this is exactly what the rapper needs to jumpstart his career again.

We expect To the Extreme to be incredibly funny, but don’t be surprised if the acting scores an Oscar nod or two. Dave Franco certainly has the acting chops to pull off a really great performance.

Are you excited about seeing Dave Franco as Vanilla Ice?