I have many different opinions about Darksiders: Warmastered Edition. On the one hand, yay, the Switch is getting more third-party titles. On the other hand, it’s a title from 2010. “Wait a minute,” says the third hand, suddenly appearing, “it’s actually a port of the remastered version from 2016. “Aha!” exclaims the fourth hand, erupting noisily, “yet it hasn’t even added anything to that remaster from 3 years ago, and that was a pretty weak remaster, all things considered.” The fifth hand, hitherto unseen, posits “Could this be simply an attempt to cash in on the current popularity of the recent release of Darksiders 3, without actually bringing that title to the Switch itself?”

With all these points considered, and my own appearance now quite concerning with all these superfluous limbs, I dive (back, again, for the third time with this one game), into the world of Darksiders, to try and present its values as best I may. 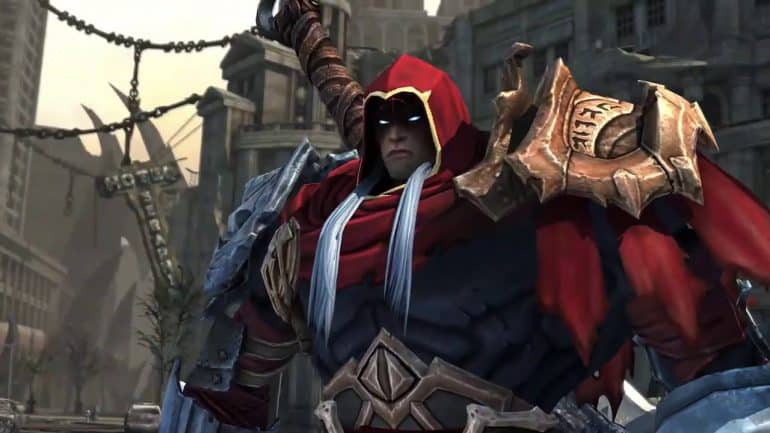 Let me summarise the above whimsy: Darksiders was a game launched in 2010, which was remastered (shall I say, Warmastered), in 2016. At that time, Darksiders: Warmastered Edition was basically a collection of patches that fixed a great deal, it added graphics capabilities up to 4K, and smoothed out a lot of rough and ugly textures in gameplay and cutscenes. Welcome stuff, but really low down on the list of overall “best remasters possible.”

Darksiders: Warmastered Edition on the Switch is literally that same 2016 release, with all the improved features added except the 4k resolution taken away again. It’s entirely a title meant for people who have never played it before, and own nothing else on which to play it –  because if you have another console or a PC, you can find this title for a ludicrously cheap price at many times of the year, and therefore there is no reason to buy it on Switch unless you enjoy playing in handheld mode a lot.

With that explained, those of you who have played it before or own it on other platforms, I bid you adieu, and shall not see you again. Please cease reading at this stage. I shall remain here with the Switch owners who missed out on this rough gem back in 2010.

Darksiders was seen by many as a God of War clone when it first launched, but in many ways, it bears more resemblance to the Legend of Zelda series. The setting, of course, is greatly distinct – you play as War, one of the Four Horsemen of the Apocalypse, tricked into triggering Doomsday early. In order to clear your name, you must return back to a ruined Earth and find and destroy the powerful demons that rule it. The style is very Spawn-90s grimdark comics, with great big pauldrons and insane suits of armour on any number of deranged demons and angels. Despite this, the colour scheme is not especially greyed out and is wonderfully bright at times.

War himself is not much of a character, but he has an excellent voice, so I’ll give him a pass for that. He is supported by the Watcher, a being bound to his arm to observe that he doesn’t stray from his mission, and who is voiced by Mark Hamill at his most delightfully evil. The supporting cast is rounded out by a few harmless stock characters who serve their functions well enough. When you start playing Darksiders: Warmastered Edition, you may wonder what I mean by the Zelda claim. After all, you have a basic sword combo, a power mode, as well as dodges and jumps and throws. Not much at all to work with. However, once you enter the game proper, you will see that each area is essentially a dungeon, with a dungeon item within that once gathered, allows for greater traversal or ways to fight enemies. Some of these are interesting, but some are less inspired – there is literally an orange and blue portal gun in a later level. They even do the Zelda thing from Wind-Waker, where, near the end of the game, you need to collect all the broken parts of a McGuffin to assemble it, before you can progress to the final battle.

During larger open areas, as a horseman, you will have access to your horse, Ruin, for travel. There are also various collectables, gear items and upgrade possibilities. Darksiders is not especially a hard game, especially when compared to games like Devil May Cry, and even God of War. However, it does provide enough content to be entertaining for the majority of its 15-hour or so run.

It occasionally tries to hit as many targets as possible and sometimes doesn’t spend enough time on the really good ones – you will find yourself really enjoying an environment or a mechanic, and then only use it in that area and a few more times besides. At the very least, this keeps things fresh and always brings something new to the table, but on the negative side, it does mean you might move too quickly past something you really enjoyed, never to see it again. 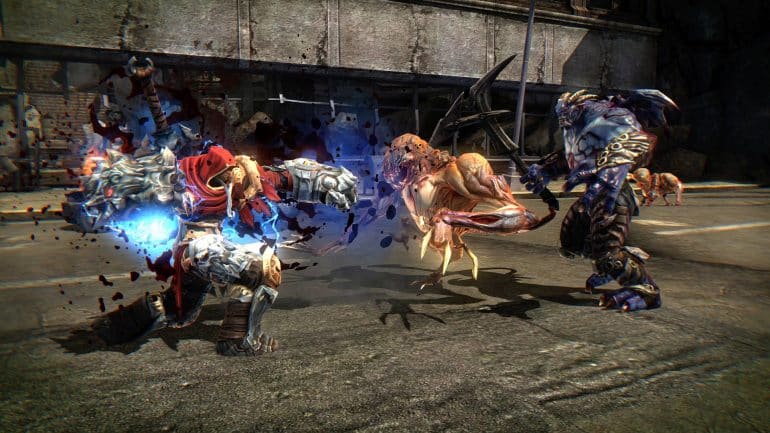 If you have never played Darksiders before, I recommend that you play Darksiders: Warmastered Edition. The setting and art style are distinct enough, and there’s a great deal of enjoyment to be had from the challenges and areas you face. It’s a gamey game rather than a narrative one and can feel like a throwback for that reason: things are placed and organized according to gameplay first, and story distinctly second. The characters are a bit threadbare, but they have great voice acting and are generally entertaining. The gameplay can sometimes feel heavily derivative, but in a good way: if you liked something in the game it originated in, you will like it here too.

Darksiders: Warmastered Edition does fix major bugs and issues from launch, and does make the game look quite pretty for one almost a decade old, although it doesn’t reach the heights it can achieve on PC. As a Switch owner, if you’ve never had a go at this one and you love extended action adventure hacky-slashy type deals, you will have a good time with this modest offering. 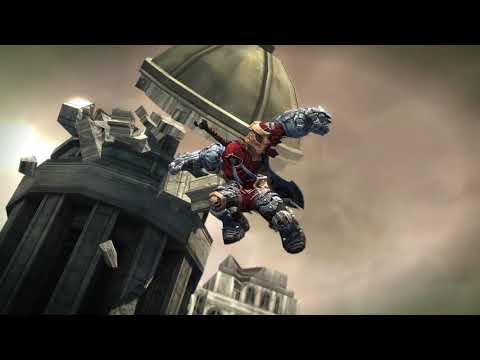 Darksiders: Warmastered Edition on the Switch does show it's age at times but it's still worth a go if you haven't played this rough gem of a game yet.