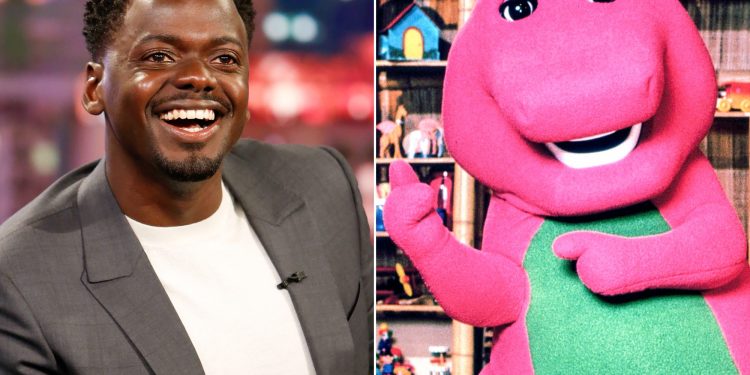 It appears that Daniel Kaluuya’s live-action Barney movie is proclaimed to be ‘heart-breaking’ and is still in the early stages of its development.

Since the Barney movie project was first announced, there haven’t been too many updates from Daniel Kaluuya regarding the return of everyone’s favourite purple dinosaur. Despite no news, Kaluuya has assured fans that the move is still in development and has not been cancelled, the script is currently being reworked. The last time the public received an update on the project was when Daniel Kaluuya spoke to EW in 2020 regarding the project, saying that the premise of the Barney movie is a bit ‘ heartbreaking’.

When discussing some of his in-development projects with The Hollywood Reporter that are currently being worked on by his production company 59%, Kaluuya wasn’t quite ready to tell all regarding a lot of the projects and what is happening behind the scenes, but briefly discussed the Barney movie project in response to people’s concerns.

When talking about the project he wanted to share why this project was so interesting to him. The last number of films that he has been working on through his production company have been aligned with what he stands for as a man and he wants to break free from what people expect of him. He loves kids’ films and the inspiration that they give children for their futures.

Daniel Kaluuya, who is heading up the Barney movie project, shared that he doesn’t want to restrict himself to the limitations of what he is perceived as, believing that others see him as “a bit serious.” Not mysterious as such, but like he doesn’t want to give too much away.

Barney & Friends was a children’s show that aired from 1992 to 2009 and starred Barney the purple dinosaur and his friends Baby Bop, B.J., Riff and more, some of which were also dinosaurs and some of which weren’t. Often the shows would have children playing in Barney’s treehouse with him and learning, playing and using their imaginations. Kaluuya seems to have had a good look at the children’s show and seen something a bit deeper than the friendliness on the surface.

“Barney taught us, ‘I love you, you love me. Won’t you say you love me too?’ That’s one of the first songs I remember, and what happens when that isn’t true? I thought that was heart-breaking,” shared the Get Out star.

David Kaluuya is not the first to think of Barney as more than just a light-hearted kids’ show. Many hypothesise that there is a decidedly sinister undertone. Ranging from theories about a kidnapper who has the children convinced that they love him because of Stockholms syndrome to one that gives children hallucinogens that make them see the fantasy sights that they see in the episodes, there is no shortage of theories depicting Barney as a little darker than we remember that Reddit describes as ‘ruining childhood’. Many fans are grateful for the fact that Kaluuya isn’t going down that route with the Barney movie.

Are you excited about the live-action Barney movie project?