Who's to blame for all the Star Wars issues? If you think the Star Wars prequel trilogy was bad, how would you describe the sentiment after this new trilogy? Disaster might be the correct word. Never has the fandom been more divided than it is right now.

While Star Wars: The Force Awakens received a decent enough reception, the same can’t be said about the next two films. From Star Wars: The Last Jedi‘s divisiveness to Star Wars: The Rise of Skywalker‘s hatched retcon job, one thing was blatantly obvious: there was no plan. And Daisy Ridley’s recent comments all but confirm this. 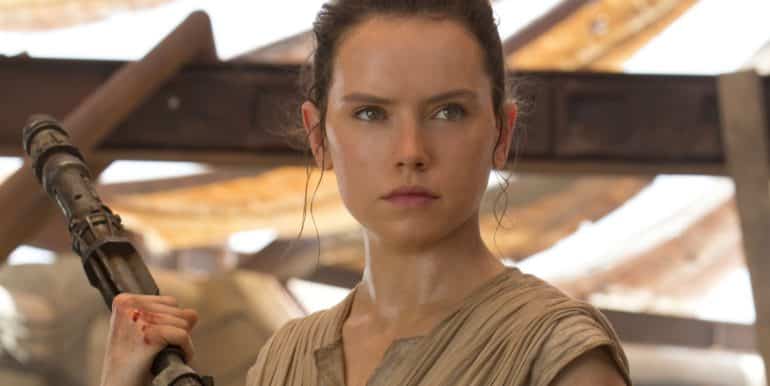 During an interview on Jimmy Kimmel Live, Ridley confirmed that the Rey twist changed several times. She said:

“No. At the beginning there was toying with like an Obi-Wan connection. There were like different versions, and then it really went to that she was no one. Then it came to Episode IX and J.J. [Abrams] pitched me the film and was like, ‘Oh yeah, Palpatine’s granddaughter.’ I was like, ‘Awesome!’ Then two weeks later he was like, ‘Oh, we’re not sure.’ So, it kept changing. Even as we were filming, I wasn’t sure what the answer was going to be.”

Honestly, it’s unbelievable that the narrative arc of the main character wasn’t clearly defined before the new trilogy even started filming. While Disney and Lucasfilm put on brave faces and say everything happened as planned, it’s obvious that it’s the furthest thing from the truth. It’s like that meme of a dog sitting in a burning building and saying, “This is fine.”

What Ridley’s comments reaffirm is that Star Wars is an absolute mess behind the scenes. As arguably the most prized franchise in cinema, something went horribly wrong in the planning stages. All three movies should’ve been mapped out beforehand, understanding the beginning, middle and end of this new story.

Of course, during any production, it’s natural that new ideas will spurt up and inspire exploration, but there still needs to be some semblance of a road map to know where you’re going. The directors, actors, and crew need to understand the motivations of the characters and what the endgame is. Otherwise, how do you know if you’re on the right track?

Solo and Rogue One weren’t spared from the drama, either, as their productions became bigger talking points than the films themselves. And this indicates that the issues exist not in the creative department, but at boardroom and executive level.

Whichever way you look at it, something needs to change at Lucasfilm and Disney. They hold the keys to a franchise that’s the equivalent of printing money, but they can’t keep treating it like some last-minute assignment that was written on a Monday morning.

The suits need to put aside their egos, nonsense, and greed. They need to understand what they hold isn’t just another blockbuster franchise; it’s one of the most important stories in cinematic history. They have a responsibility to treat Star Wars with the respect it deserves. And if they can’t—or won’t—maybe it’s time for them to step aside and let someone else do it.