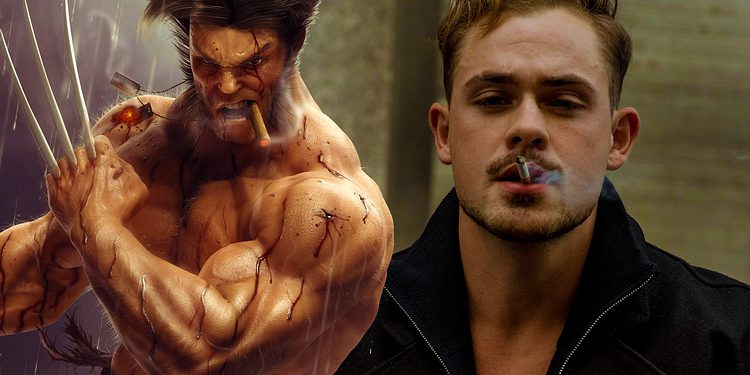 Dacre Montgomery, the actor who plays Billy Hargrove in Netflix’s Stranger Things, has reposted (and then quickly deleted) fan art created by Bosslogic on social media. The image, which was quickly deleted, showed the 25-year-old as the X-Men’s Wolverine. Was he possibly teasing his casting in the MCU?

Since Hugh Jackman stepped away from the Wolverine role, there have been many – and we mean many – actors attached to the iconic superhero. Fans have rallied behind stars like Keanu Reeves, Tom Hardy, Taron Egerton and Daniel Radcliffe to be cast, but perhaps the studio is looking for someone younger? Perhaps they are looking for someone who can grow into the role over many years in the Marvel Cinematic Universe.

The actor first rocketed to fame with his casting as the Red Ranger, Jason Scott, in the recent Power Rangers film. Sadly, the franchise never received a sequel, but Montgomery went on to become a household name, thanks to Stranger Things.

As Billy Hargrove, Montgomery plays an intense, careless, rash, promiscuous and verbally abusive character who becomes the unwilling catalyst for the Mind Flayer in Season 3.

Back in 2018, BossLogic shared artwork of Dacre Montgomery as the MCU’s Wolverine. Of course, this got many fans thinking and considering him for the role.

While there are still many holding out on Hugh Jackman to return, it seems unlikely. Even if Kevin Feige is trying to persuade the actor to return for Spider-Man 3 or the Doctor Strange sequel, Jackman couldn’t play the role for much longer anyway.

Whether or not Montgomery is teasing something bigger by sharing the images all these years later remains to be seen. It could just be that he liked the pics. Of course, he removed the images soon after posting. You can read into that however you like.

Is Dacre Montgomery your pick for the MCU’s Wolverine?