Captain America: Civil War’s second act saw a showdown between multiple Avengers superheroes. However, there was one scene that didn’t make the final cut (due to time constraints). One where besties Black Widow and Captain America fight. Thanks to Darrin Denlinger, a storyboard artist on Civil War, we can now see what the deleted scene might have looked like.

As you can see from the video. There are quite a few differences to how the final fight actually turned out. It would have been great to see the two go at each other, given their history together. However, this probably played out as one fight too many, especially since Black Widow betrays her team shortly after.

What did you think of the Black Widow and Captain America fight? 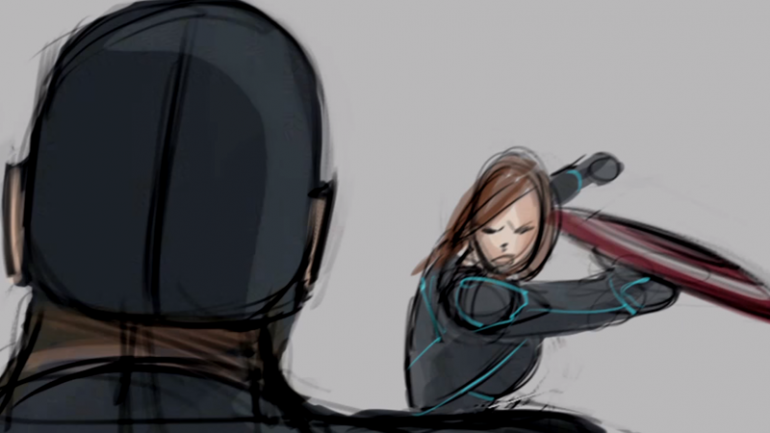