When it comes to sports games, there is one bat-and-ball game that always gets overlooked. Cricket, which is also known as the sport where players take long tea breaks and continue for five days straight, has yet to receive the FIFA or NBA2K treatment. In fact, Big Ant Studios‘ Cricket 22 might be the first title based on the popular Australian, Indian, English and West Indian pastime we’ve had in years.

And based on the fact that there isn’t much competition in terms of the game’s development, you can imagine there wasn’t a lot of pressure to deliver an A-list game here.

For the most part, Cricket 22 is just okay. For fans of the sport, it does enough to keep your interest. But if you’re expecting something special or revolutionary in terms of the graphics, gameplay or presentation, you’re going to have to wait longer. 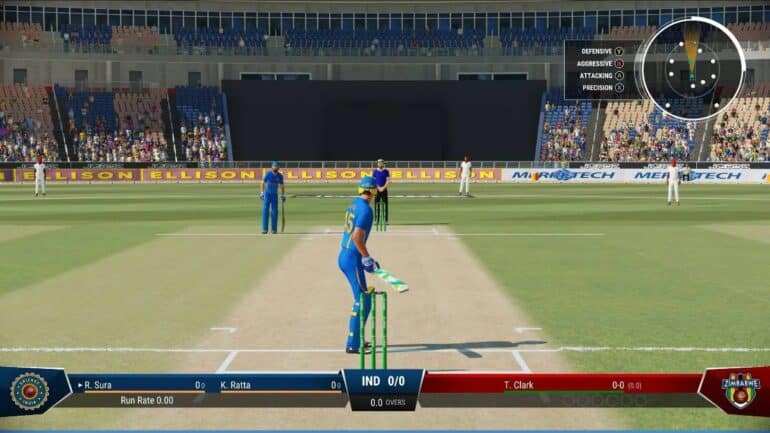 Firstly, this isn’t an accurate simulation of the sport. The movements are unnatural, and it’s pretty easy to score boundaries – even without much practise. Having said that, it isn’t exactly an arcade game either. Cricket 22 sits somewhere in the middle, trying to be everything to everyone.

Secondly, the game feels incredibly incomplete. In fact, during my time reviewing the title, there were at least 4 or 5 updates to the game, each one adding a number of big improvements to the game. One update improved the graphics. Another update removed some of the buggy/glitchy movements of the fielders. And I’m almost certain that one of the updates improved Cricket 22‘s commentary too.

In other words, it looks like the developers are still modifying and tweaking the game after its release.

With all this said, once you put aside the bland commentary, the poor stadium designs, the lack of individualism of the players (they all look alike), and the boring presentation, Cricket 22 can actually be fun.

I know, it’s very weird to completely diss a game in one breath and then praise it in the next, but there are a few things that Cricket 22 gets right. That’s the only way I can justify why I spent so much time playing the game. It’s addictive, for some reason. 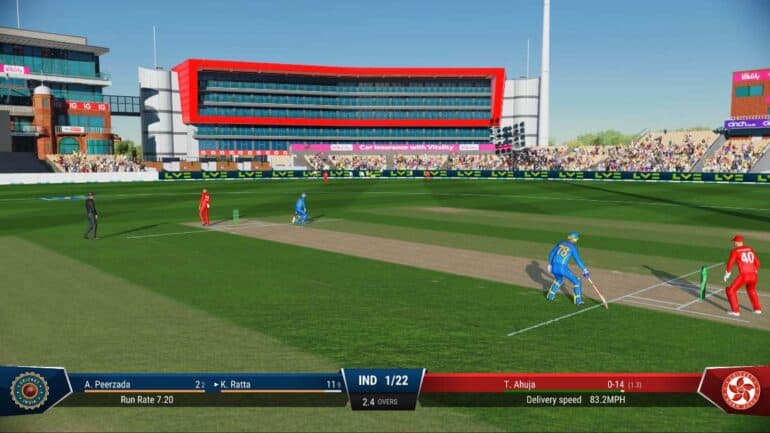 Scoring big runs by smashing a ball out of the stadium does feel good. So does bowling a yorker and destroying the stumps. Heck, even throwing the ball and hitting the wickets during a runout is great. This is a sports game that makes you work for the victory. You’ll need to be patient in order to be rewarded with a wicket or a century.

Cricket 22 is a really good step towards being a good cricket game. But it isn’t. When you consider just how far FIFA and NBA2K are in terms of graphics and presentation, this just feels like a game that could have landed up on mobile, for free.

But that isn’t the case. Instead, Cricket 22 hopes to compete with other sports games out there. And it can’t. Maybe with a bit more budget and polish, it could be possible. However, as it stands, this is a rather mediocre experience.

Fans of the sport will celebrate the release of another title. However, many will wish that Cricket 22 did more in terms of graphics and presentation. It can feel incomplete.