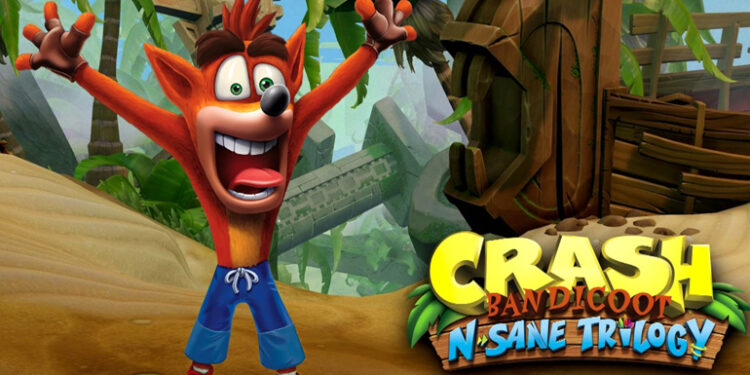 As a kid, I remember my friends continually pestering me to try out a new game many of them deemed revolutionary. The game starred an orange creature, referred to as a Bandicoot, who ran, jumped and spun his way through various creatively designed levels. After weeks of harassment, I finally decided to head over to our local video store (for the younger generation, it was basically our physical version of Netflix) and rent a copy of the game. And that is how I was first introduced to the fun, crazy and sometimes frustratingly difficult Crash Bandicoot series of games. With the release of The Crash Bandicoot N.Sane Trilogy, I got the chance to relive my childhood and experience one of the most important games in gaming history. The Crash Bandicoot series follows the game’s titular orange hero as he completes various platforming levels littered with collectables, deadly enemies and precarious obstacles. Lauded by many for its creative 3D platforming environments and the use of a fixed third person camera view (which meant no pesky camera to impede your platforming), Crash Bandicoot influenced many of the later 3D platforming games. Even with these subtle gameplay changes, it is evident that the team have the utmost respect for the original games. Although each level has been loving recreated with shiny new graphics (Crash as never looked so smooth), the original layout of each level still remains intact. Crates I remember being in specific locations as a kid are still sitting exactly where I found them so many years ago. It’s a strange feeling playing a game you remembered so vividly and seeing it recreated for a new generation.  It didn’t take long for me to fall back into the groove of jumping over lava pits, evading flying buzzards and breaking crates (so many crates). While the new coat of paint does wonders for the old dog (a Bandicoot is a dog, right?), some of the issues that originally plagued it is still found here. I had a vague memory of the Crash games being a tad difficult. I originally thought this might have been because I was a little, uncoordinated kid when I first played these but playing through the N.Sane Trilogy I discovered that this was not the case. These games are damn hard. Even as a little bit less uncoordinated adult I still found myself throwing my controller across the room in frustration as expletives echoed throughout the house. There’s no doubt that just like the originals, the games cute and fluffy exterior still hides a tough as nails game. Having said this, I strangely felt compelled to continue replaying levels until I finally beat them.

Much like the Dark Souls series, there lies a certain level of satisfaction in beating these particularly difficult levels. Luckily, this little issue is alleviated by the inclusion of a much needed (and welcomed) checkpoint system. The sequels also improve on this by offering players different levels with varying styles of gameplay. One moment you could be running through a jungle smashing crates, the next scuba diving and trying not to get eaten by sharks, and then find you in a high-speed motorcycle race to the finish. The games do get noticeably easier as one progresses from the original to the sequels. Many of the issues that plagued the original are ironed out. Unlike many of the remasters one finds today, The Crash Bandicoot N.Sane Trilogy doesn’t add loads of new content. What it does add are small meaningful touches, such as giving players the opportunity to play as Crash’s sister Coco on any stage and the above-mentioned time trails. Even with the enhanced visuals and added content, these would have meant nothing if the collection didn’t have the same charisma as the original games had back in the day. Each character, level and even enemies have their own quirky charm. This made me forget that I continually died (a lot) and kept me pushing through each level until I emerged victoriously. It’s too easy for developers these days to rely on nostalgia to sell remastered games, with many lacking the same charm that made these games so admired in the first place. Vicarious Visions are to be admired for not only staying true to Naughty Dog’s original vision but building on this in a meaningful and loving way. 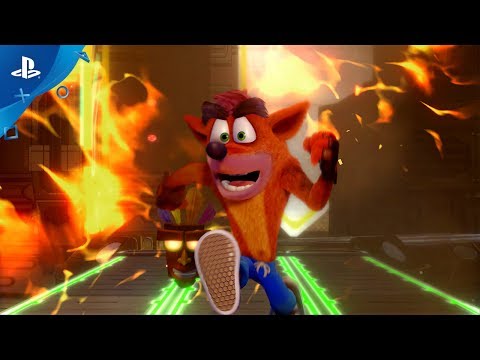