Collaborations are a huge part of the current sneaker landscape. While it may seem like just another trend in the market, strategic partnerships always seem to deliver new and unexpected silhouettes, thus, adding new dimensions to already existing and established brands.

Converse has also been challenging the status-quo of late with the release of a number of collaborations in the recent past, including the Converse X Carhartt WIP, Converse X Dr. Woo, and Converse X Hello Kitty to name a few. This time around, the company has partnered for the Converse X JW Anderson collaboration.

JW Anderson, the brand, has been operating for roughly a decade, pushing art out from galleries and onto the catwalks. The brand is one of youth culture’s most radical and enduring icons. The collaboration is a mix of old and new – modern fashion meets contemporary craftsmanship. The new range features two new silhouettes, designed from the classic Chuck 70 base. The two iterations introduced are the Grid and Felt. 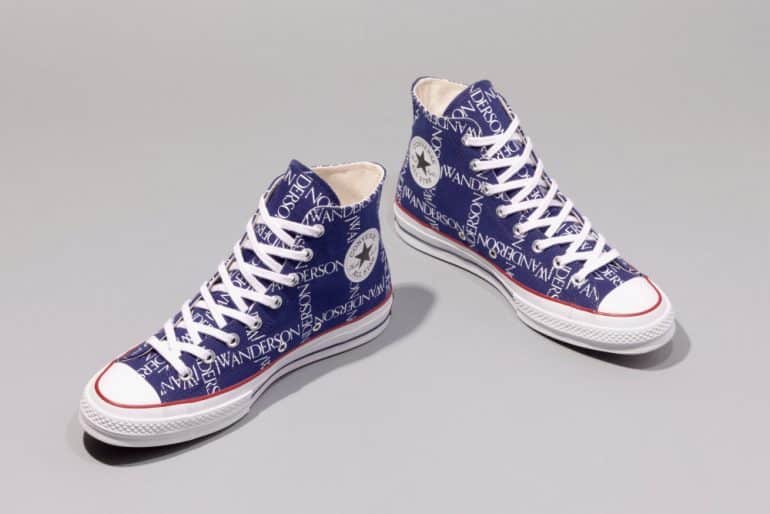 The first drop from the range is the new Grid, fusing the Chuck 70 silhouette with a graphic JW Anderson monogram, where two worlds meet head-on with a stripped-back and stylised take on distinction and diversity. The silhouette is adorned in the JW Anderson branding across the heel and ankle patch, tying in with the retro finishing focusing on the timeless typographic logo. The logo forms a playful grid pattern in a crisp white lettering on a twilight blue cotton canvas upper. The second drop features the Felt silhouette, which brings fresh functionality into this space. The sneaker features an imaginative theme. As the name suggests, the sneaker is meant to be felt in hand, tying in the sense of touch with lasered logos, tactile textures and fused fibres in fluoro colourways. The outer shoe is created from a raw unlined felt, with each featuring corresponding laces to enhance the visual appeal. The Felt silhouette is available in four unique colourways, including radical fuchsia/sky blue/fluorescent green, khaki green/striking black/fluorescent orange, bold khaki, as well as a military grey.

The Converse X JW Anderson is currently available Shelflife stores, with retail pricing for the Grid at R1,499.95 and the Felt at R1,599.95

For additional imagery from the collaboration, check it out here. 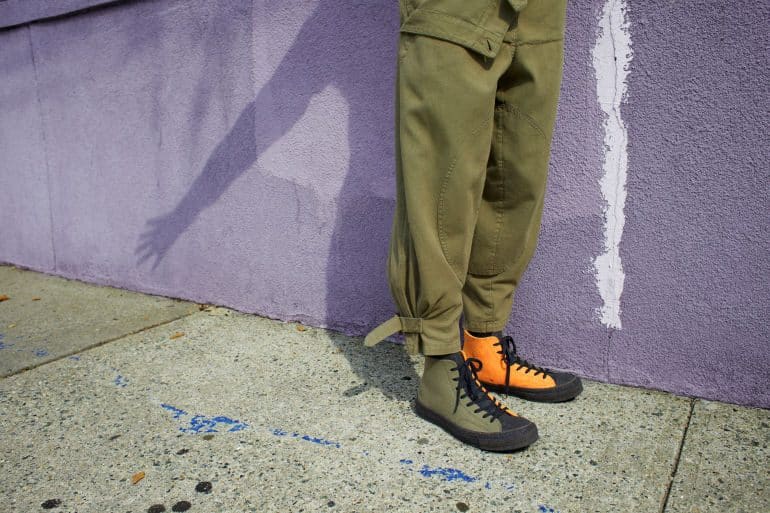