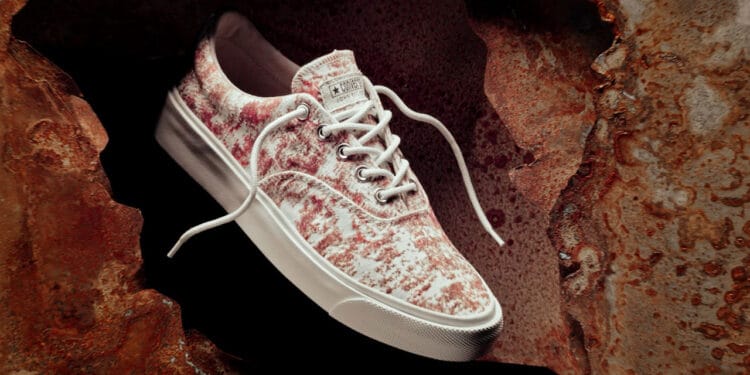 Last week saw the release of the Converse Run Star Motion. It brought supreme comfort as part of the CX series. Once again digging into its archives, Converse has introduced a tactile rework with the Converse x John Elliott Skidgrip.

Converse has partnered with acclaimed menswear designer John Elliott. This limited-edition sneaker is crafted in a timeless casual style with a vintage-inspired look. The sneaker is a beautifully imperfect blend of colour and texture. 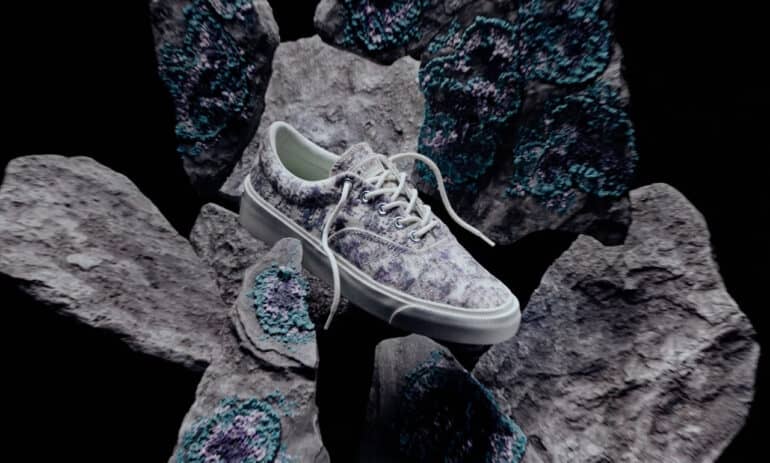 Elliott is well-known for elevating street staples for menswear through unique textile approaches. In keeping with this style, he replicates the striking imperfection of the aged patina with a meticulously flocked canvas.

The classic Skidgrip sneaker features two colourways, both of which include two distinct tones. These two colourways include the French Oak / Green sneaker, as well as the Antique White / Brown variants. The tones flow across the upper with an organic pattern. This adds to the unexpected vibrance of the clean and timeless sneaker.

The low-top sneaker features a flocked canvas upper. It is crafted from a two-stage printing process. In addition, it has nickel lace eyelets. There is also a second pair of laces in the box to switch it up. It features a Herringbone outsole with a signature smooth midsole and cobranded sockliner to finish off the look.

The Converse x John Elliott Skidgrip sneaker brings a vintage-inspired aesthetic to a classic, which never gets old. It retails for R1,799.

The sneaker is available online at Converse.co.za. It is also available in-store at Shelflife and DTC Sandton.