Converse X BASQUIAT Brings Art Back to the Street Following last week’s successful second drop of the Converse X Paria /FARZANEH collection, Converse are back with another collaboration. This week, Converse has joined forces with one of the most influential artists of the 20th century, Jean-Michel Basquiat. Breaking barriers between street art and the art establishment, this vision is brought to the Converse X BASQUIAT pack.

Converse X BASQUIAT is a translation of some of Jean-Michel Basquiat’s most influencial pieces. This has been transferred to new clothing, customised to that from the Converse archives. It captures his signature crown motif, along with multiple elements from his bold designs.

For the collection, Converse has chosen three sneakers from its archives. This includes the Skidgrip, Chuck 70 and Chuck Taylor All Star. Each has been reimagined to become a street-ready gallery. It features some of the most transformative works in modern history. A new generation is ready to wear the crown. 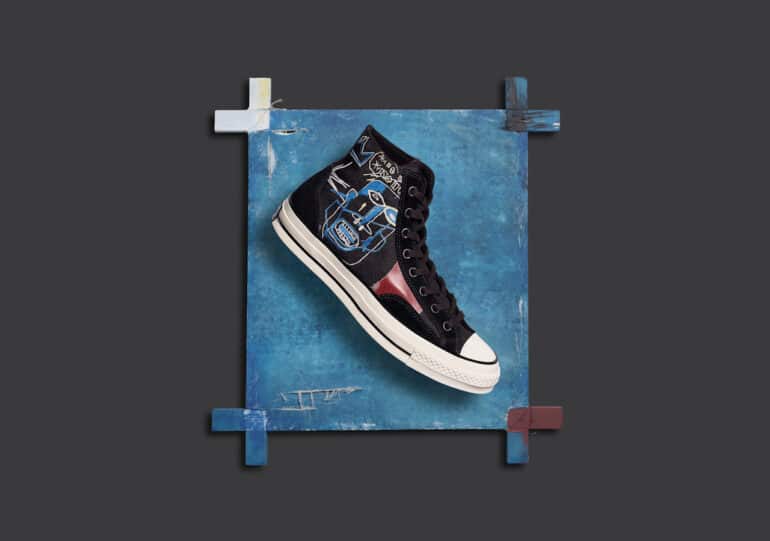 The Chuck 70 is one of the most iconic sneakers in Converse history. For the latest redesign, the high-top silhouette featured a street-inspired visual from Basquiat. It features the Kings of Egypt III aesthetic.

The design uses a digital print with included embroidery details. This includes items from the artwork such as the abstract face, cryptic type and crown motif.

It is crafted from suede overlays, along with a tonal patch that elevates the look. However, the focus is kept on the art. These designs are added atop a black poly canvas upper.

To round off the design, it includes an all-black tonal ankle patch, as well as embroidery details on the lateral sides. 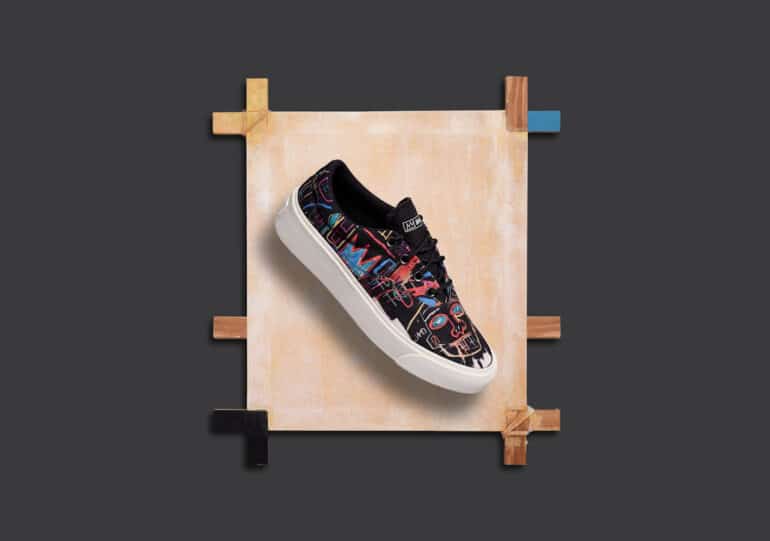 The second sneaker in the pack is the Skidgrip. It receives an explosive update with the Kings of Egypt II aesthetic. This includes abstract text and distorted iconographs, which pop off the archival canvas, creating a vibrant visual language. It has been influenced by Egyptian history but firmly rooted in street culture.

This low-top sneaker features a black poly canvas upper with a sublimation print. Additionally, it includes the Basquiat logo printed on the tongue and licence plate. For the final sneaker, the instantly recognizable dinosaur and crown imagery was utilised. This has been translated from the Pez Dispenser for the classic Chucks.

It sticks to the clean black canvas upper, which has a stitched-down applique. The high-top sneaker features a canvas upper, with the iconic Chuck Taylor All Star patch.

Additionally, it has a CK mesh lining with a Basquiat logo printed sockliner. Finally, it includes a custom star detail on the licence plate.

A new generation is ready to wear the crown. The Converse x Basquiat is available online at Converse.co.za, as well as in-store at Converse Sandton City and Shelflife.

Pricing for the range is as follows: