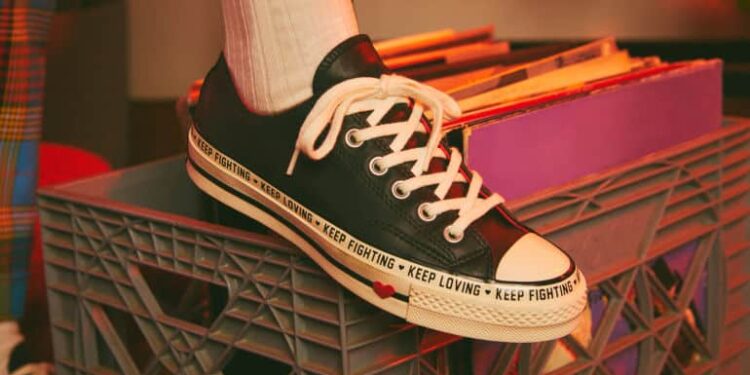 Following the release of the official Love the Progress campaign earlier this year, for which Converse dropped a collection of tie-in sneakers, the South African team has partnered with local woman inspired by the power of love, unity and community.

The campaign focuses on Girl Power, which is about challenging the norm and making your voice heard, empowering women and encouraging them to empower each other and the community in turn.

Converse selected four women to tell their stories and empower the brand as part of the campaign, including Karabo Poppy, Stacey-Lee May, Zulaikha Patel and Just Robyn, each challenging their respective spaces in their own right. This mix of women include a multi-award-winning illustrator and street artist, one of the first female spinners in the country, a spokesperson for young women in the country and a singer/dancer, respectively.

Each of these women has encountered challenges in changing the stereotypes within their fields, making waves in the process. The Converse team has redesigned the classic Chuck 70 silhouette as part of the Love the Progress campaign, which features a soft premium leather upper, along with bold graphics scattered throughout the silhouette. The silhouette includes messages to fight for equality, which is revealed on the rubber taping on the midsole of the shoes.

The Converse Love the Progress collection is available for purchase between R1,499.95 and R1,599.95 at Converse stores and selected retailers across the country.