Over the years, Converse has produced many variants of colourways for their Chuck Taylor All Star Pro sneakers. This time around, Converse is officially adding the Purple colourway to their range.

Purple is the love child of skateboard filmmaker Ben Chadourne. The team celebrates Converse’s first ever full-length skate film with the release of the all-new silhouette. The concept of the film and new colourway comes from Chadourne’s beloved 16mm camera, which he affectionately named “PURPLE”.

Chadourne and the Cons team traveling the globe, stacking clips, and straight-up ripping. Coupled with the release of the film below is the release of the new footwear capsule, consisting of purple sneakers in a Chuck Taylor All Star Pro silhouette.

The Purple Chucks are subtle, skate-ready take on the famous high-tops, with the classic Converse (inner) heel branding is replaced by the movie’s logo. The sneaker’s inner also comes with additional padding for extra comfort while skating.

The Converse Chuck Taylor All Star Pro “Purple” skate pack is available, exclusively for purchase via the online store and in-store from Baseline Skate Shop. The retail pricing for the sneakers is R1,099. 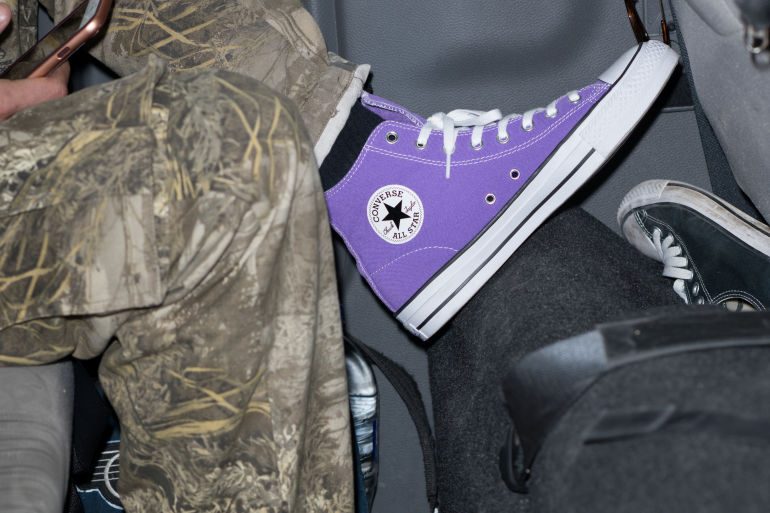