Connected Is Spider-Man: Into the Spider-Verse Creators’ New Film

byStaff Writer
in Movies
Tags: AnimationMovie TrailerSpider-Man: Into The Spider-Verse

Spider-Man: Into the Spider-Verse producers Phil Lord and Chris Miller released a new trailer for their upcoming animated feature, Connected. The film stars Danny McBride as Rick Mitchell, a father attempting to take his daughter to college via a technology-free road trip.

The robot apocalypse is coming, and this animated film is ready to teach us a thing or two about surviving the end of days – in the most lovable way, of course. Think of it as a cutesy survival guide for the whole family.

But the film is also more than that. It’s also a warning about our constant reliance on technology and being connected with each other rather than our digital devices.

With the help of two friendly malfunctioning robots, the Mitchells family will have to get past their problems and work together to save each other and the world. 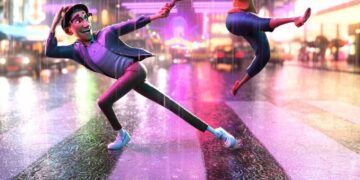