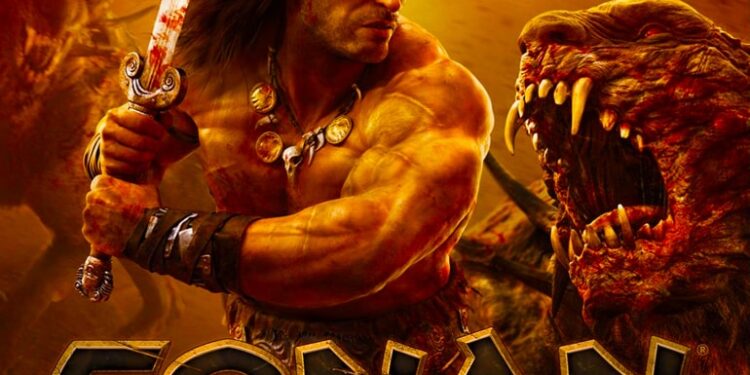 Here’s a possibly controversial opinion: I don’t think I’ve found a survival game yet that I think is very good. And here’s a spoiler: Conan Exiles doesn’t change my mind about that. There you go. The review’s done. You can go home now. Really? I have to? Fiiiiine, here’s a more balanced opinion with some pros and cons. But don’t say I didn’t warn you. For those who don’t know, survival games are like Minecraft for the hard-core crowd. You are usually a no-name schmuck plonked into a hostile wasteland, naked and weaponless, and you must face the elements, nature and hostile, trollish human players to survive. Generally, they have a few staple gameplay features, which are included here as well in Conan Exiles: you roam the environment to gather items and resources, and you use those to craft items, weapons, clothing and buildings of your own design. You enter a treadmill of results where the more you harvest, mine, gather and locate, the bigger and better weapons, clothing, items and buildings you can make. Other players exist usually to bother you, rob you, grief you, or murder you while you sleep. The game has real-life mechanics, such as sleep, food, water, and the elements to contend with as well. In principle, I understand the appeal of this idea. Start with nothing, and earn everything by the sweat of your own brow, where death lurks around every corner. A great challenge with great rewards at the end, surely. Here’s where it falls apart for me, in execution at least: firstly, gathering resources is extremely boring, and often arbitrary. E.g. Why do I need 100 rocks for this item when the end result shows no use of the rocks?

Secondly, these games, Conan Exiles included, usually start as low-cost early-access releases, and suffer from having that feeling even after a full release. Graphics are low quality, bugs are very present, animations are low quality, and generally, you feel like you’re stuck in a beta, even after paying full price.

Finally, combat is never really that exciting, and either takes the form of minor MMO or Souls-clone combat. Conan here succeeds in having mildly better combat than, let’s say, Rust, but that is a very low bar to reach for. You have a light and heavy attack, a block and a basic roll, and that’s about it. It never really connects with any impact or meaning. I guess that’s enough negativity for a while.

Here are the positives: you play in the world of Conan the Barbarian, and the world is extremely varied and worth exploring. Conan himself only shows up at the beginning, but the feeling of the franchise is maintained, including its sexual, violent edges, and its focus on themes like evil religions. The scale is pleasant, such as with the larger monsters to kill. There are varied server choices to decide between, and as such you’re never going to get randomly smacked down by a gang of trolls unless you choose such a possibility.

The interface is smooth on the PS4 and well transitioned from the PC main version. There is an added feature where NPCs can be captured, brought back to your camp and turned into your own personal army of slaves, a feature fitting in firmly with the style and setting. The character creation is pretty well detailed, even if the models themselves are not ultimately of high quality.

Ultimately though, these positives were not enough for me to keep on playing Conan Exiles. You take a long time to get anywhere in terms of progress in the game, which is fair enough, but the problem comes in that the pay off just isn’t good enough to make me want to keep on going. There is a huge bundle of quality of life features missing that makes the entire thing feel like a title from 2002, rather than one with the benefit of modern experience in game development behind it. And yes, those probably add to the “hardcore” feeling, but honestly, there should be a division between what is a genuine challenge and what is just difficult for the sake of padding. 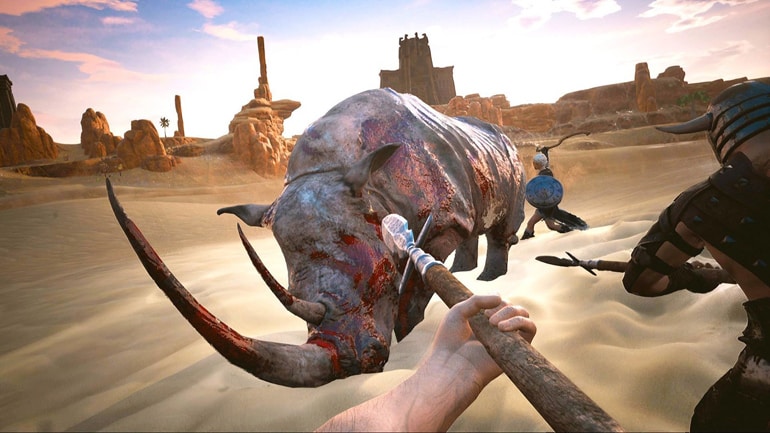 I enjoyed watching videos of intense and funny moments from the game on YouTube, but I did not feel motivated to carry on playing myself and see if I would see any of those in the actual game, and that says a lot. Perhaps it’s just not for me. However, where I feel that my own personal opinion can mix with actual objective points is with the bugs and low-quality features, which are actually irritating on any level. If you like the setting and style of the game enough, you may be able to overlook those. If you are not, you will give up on Conan Exiles, like I did.