What We Want To See At Comic Con Africa 2018 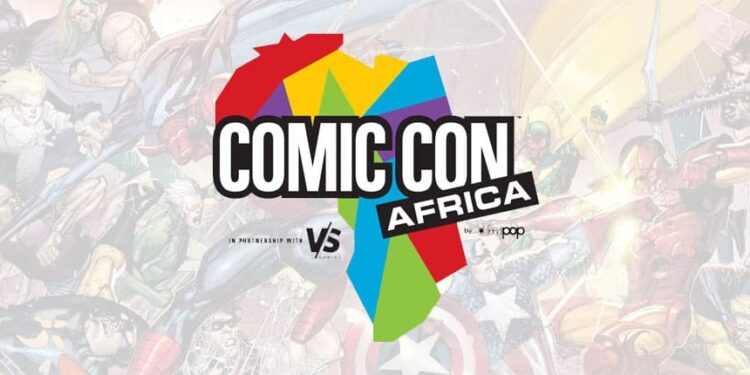 “I want to meet the cast of Black Panther,” a local fanboy says, enthusiastic about the news that Comic Con will be coming to South Africa. It’s a high expectation, but you never know what may happen. When pressed on what else he’d like to see, he namedrops Deadpool – a character he also intends to cosplay as while attending.

“I couldn’t believe my eyes when I read that Comic Con was going to be held here,” someone else adds. “I had to check out several websites to see if it was true, because my first thought was: ‘No f’ing way!’ I really want to see the comic book artists and writers, and all the toys and gadgets. I’m hoping they’ll get people from Agents of SHIELD and The Orville, and maybe Stan Lee and Bruce Campbell… although I know Lee probably won’t be possible. I’ll be dressing up for it, but I just don’t know as who yet.”

Which cosplayer is the best dressed?

It’s a lot to take in for many nerds, geeks, fanboys and fangirls. Comic Con Africa, to be held at the Kyalami Convention Centre in South Africa between September 14-16, won’t be the first convention of its kind on the continent, or even in SA. However, it’s the first time it’s ever been done on this sort of professional scale, and with such an emphasis on making it a truly international event.

Some of the names being touted as potential panellists include Nolan North, whose voice has been heard as both Deadpool (in various animated series and video games) and Nathan Drake (in the Uncharted series), as well as cast members from Game Of Thrones and The Big Bang Theory, while more will be added over time. Reed Exhibitions, who have a history of hosting Comic Cons worldwide, will be aiming to give fans the quality experience they expect, and exhibitors already include Microsoft Xbox, ASUS, Megarom, HP and Girl Gamers.

Pop culture fans who are planning on attending are no doubt expecting the full experience: countless stalls and a one-stop shopping experience of geekery, talk show panels, autographs and photo opportunities with celebrities and gaming areas, cosplay exhibitions, competitions and demonstrations. But with only several smaller-scale conventions and a few failures as the yardstick, what does Comic Con Africa have to do to make it a true success?

While Comic Con will be doing all it can to generate attention in the media and to bring in the highest profile stars it can (and Reed Exhibitions certainly has the power to do so), it’s always up in the air as to how much it can really pull off. The celebrity guests alone can be a problem, with some last-minute cancellations occasionally happening, while other names may not generate the attention hoped for. Also, choosing the right ones for South African fandom may generate particular problems, since some high-profile shows in other countries may have zero recognition amongst the local audience or a limited fan base. However, they know what they’re doing.

A large part of Comic Cons around the world also revolves around the many shopping stalls that are set up, essentially turning a large part of the convention floor into a giant flea market, where deals can be made for vintage and new toys, comic books, clothing and whatever other accessories people want. There are also usually food stalls and eating areas, so no fan goes hungry and where people can relax, as well as free gaming areas and other activities going on to keep people happy and occupied. So what’s needed? Well, to be blunt… it needs businesses to come out and support this.

One of the first comic book conventions in South Africa took place in a small community centre in Edenvale, near Zed Bees Comic Universe. It was a quiet, sad affair where even that small hall looked empty. There were maybe a dozen small stalls, almost no customers, and the only thing of interest was a minor debate going on about Lord Of The Rings. Since then, events like rAge have surpassed it and businesses know they need to step up and represent… but as always, they can be a bit hesitant because of the risk and cost. However, it can be profitable for them, it’s good for the convention to have them there, and it makes the place feel alive.

This year, VS Gaming is going bigger than ever before! For the first time in 10 years, we will be taking our annual championships to the race tracks as @ComicConAfrica comes to @Kyalami_Circuit. Be part of the biggest esports event in South Africa’s history. #ComicConAfrica pic.twitter.com/fcMGviJvQc

However, what can really make Comic Con Africa a success are the fans.

The gamers, the cosplayers, the fanboys and fangirls, the freaks and geeks and nerds of all ages… they’re the key. Comic Con can put on the biggest show ever with the biggest names and the best displays but without the fans it’s all pointless. Over the years there’s been a rise in pop culture fandom in South Africa. The Marvel movies play to packed cinemas, people everywhere wear Star Wars and Superman shirts that they bought at Pick & Pay, and cosplayers have come out in force over the years even for something as simple as Free Comic Book Day. Fans (and potential fans) are out there, and many have been waiting for an opportunity like this to enjoy themselves.

So this is it. It’s finally happened. For some, it’s a chance to get out their costumes, or make a new one, and show it off. For others, it’s a chance to admire the work and dedication of those cosplayers. For everyone, it’ll be a rare opportunity to meet and interact with other fans or celebrities or pick up some merchandise they never dreamed existed. It’s a chance to have fun and revel in geekery. There’s a certain buzz about Comic Cons all over the world, a strange kind of excited electricity in the air. The truth is, it’s the fans who make that happen. To be there and to experience it, is to also add to it.

This is for everyone who rightfully complained when some local conventions were sadly cancelled in the past, and it’s up to everyone now to play their part and make this a success. After all these years of waiting, Comic Con is finally coming and seems fully committed to this. Hopefully, the local businesses – and in particular the fans – will meet them halfway and help make Comic Con Africa the success it deserves to be.