Comic Books From The Vaults: The Death Of Captain Marvel 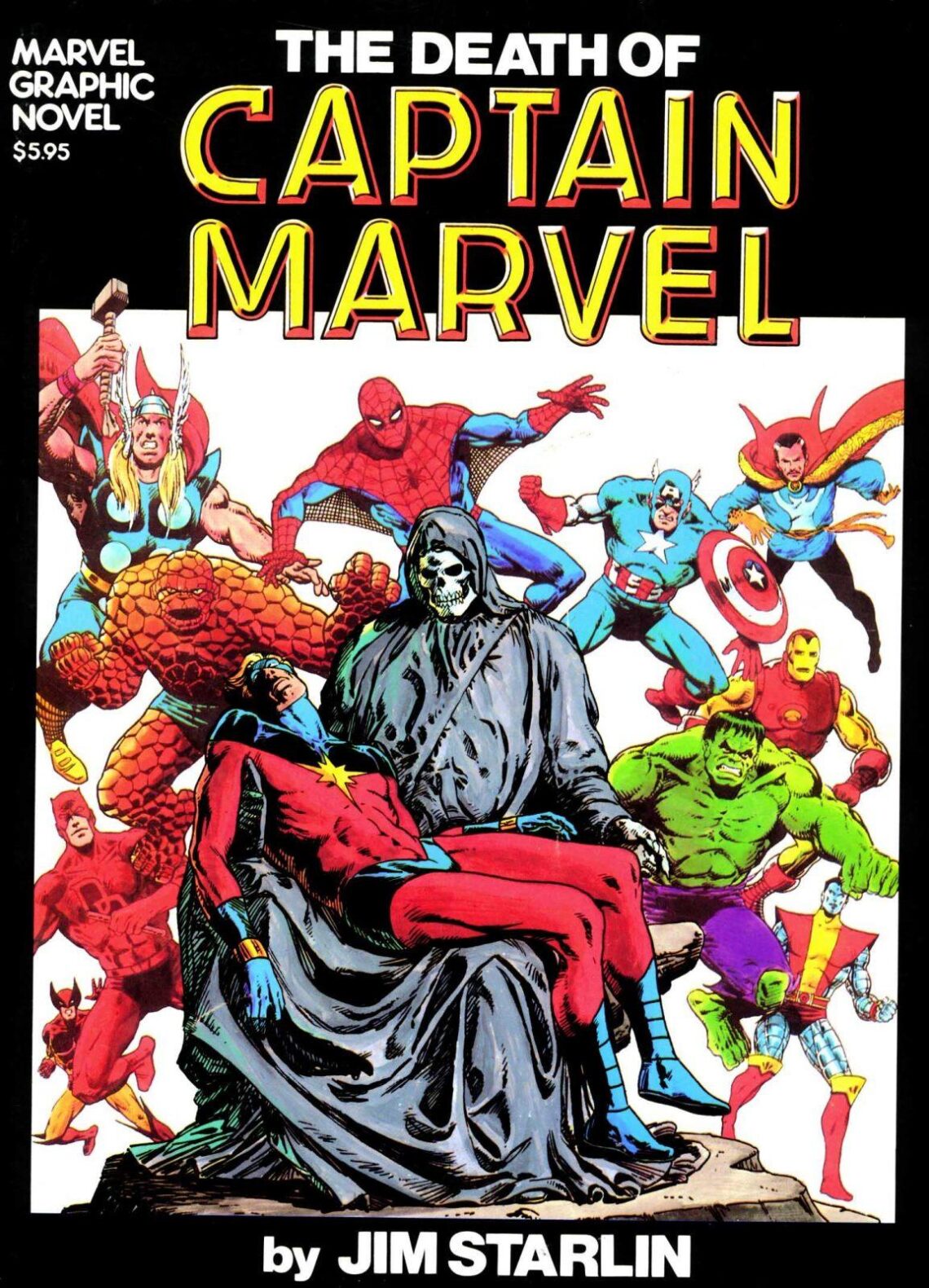 To use borrow a quote from Star Trek, how we face death is as important as how we face life. Yet in comic books, characters seem to die and return on a pretty regular basis. They used to say that only three characters stay dead: Jason Todd (Batman’s second Robin), Bucky (Captain America’s sidekick), and Spider-Man’s Uncle Ben.

Then Jason Todd came back. So did Bucky. So, for that matter, did Captain America. And Jean Grey. And Barry Allen. And Hal Jordan. And Oliver Queen. And… well, you get the point. It’s temporary and so the fans don’t always feel the loss, although I still haven’t forgiven DC for when they killed Ted Kord, the Blue Beetle.

When Superman died, his death itself was nowhere near as powerful as the funeral Jonathan and Martha Kent held for their son’s personal effects. Now that was smart writing, and proof of that Star Trek quote I just used. That was also the point of the latest comic from the vault too, The Death of Captain Marvel.

The Death Of Captain Marvel – Marvel Graphic Novel #1, 1983 – is one of simplest, most human stories ever to come from the House of Ideas. Its creator, Jim Starlin, has made cosmic stories of Thanos and the Infinity Stones his speciality over the years. Yet despite its sci-fi setting, this one is a personal tale about loss and acceptance.

Mar-Vell, the Kree warrior known to Earth as Captain Marvel, is living in semi-retirement on Saturn’s satellite moon of Titan and documenting the events of his life, the highs and the lows of his incredible journey over the years. Things seem pleasant enough, until we learn the reason why: he’s leaving his final words because he’s dying, and not from a cosmic battle against Thanos or the Skrulls. Despite all the technology the universe has to offer, the simple fact is that there is no cure. He’s already learned to accept his tragic fate, and all that remains for him is to say goodbye to those he loves. Amongst those is Rick Jones, whose life was linked with his own for years. Upon hearing the news though, Rick is furious that Captain Marvel can’t fight what’s happening to him and turns his back on him, determined to seek help for Marvel’s condition.

When Rick Jones consults the Avengers, he’s told that they can do nothing to help. For all their strength and all the scientific breakthroughs they’ve made over the years, they’re powerless. As word spreads throughout the universe of Marvel’s condition, it’s revealed just how many people’s lives the hero has made an impact on. As the cancer worsens, all Marvel himself can do is wait for the end, understanding that his death will be even harder for those he leaves behind. While seemingly thin on plot, this is still one of the hardest-hitting comic books in terms of how personal it is. Creator Jim Starlin’s father had passed away from cancer shortly before he wrote this, and the honesty in this all-too-human tale is refreshing, albeit tragic. The art is of a typically high standard, but it’s the pacing itself which works best. Moments of denial, loss, acceptance and love are all timed to perfection and it plays out naturally.

It’s true that comic books can help us escape our normal, mundane day-to-day lives. But they can also tell stories which affect us, stories we can relate to even if the characters in them wear costumes and have powers that we can only dream of. Sometimes they help us to come to terms with things we’re going through, or help us relate to others who are going through problems of their own. They can have the power to touch us on an emotional and intellectual level, creating a cosmic awareness within us.