Are We Approaching The End Of Comic Book Cinematic Universes? 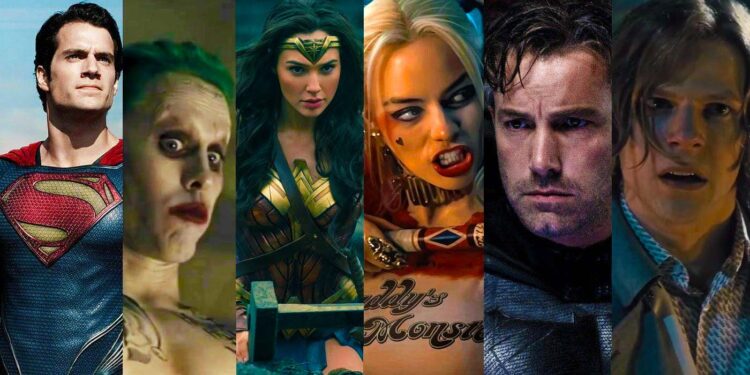 In the past few weeks, we’ve learned more of DC and Marvel’s plans for their respective universes going forward.  With Avengers: Infinity War and Justice League imminent, a lot of questions have been asked about the future of these two comic book cinematic universes. DC Entertainment president, Diane Nelson, is quoted by Vulture as saying, “Our intention, certainly, moving forward is using the continuity to help make sure nothing is diverging in a way that doesn’t make sense, but there’s no insistence upon an overall story line or interconnectivity in that universe.” Naturally, many speculated this might be the end of the DCEU as we know it, but Geoff Johns took to Twitter to deny these rumours.

On the Marvel side of things, Marvel Studios president, Kevin Feige, chose not to confirm phase 4 of the MCU. He said to Screen Rant, “I think really where the focus of the whole studio for the next two years is finishing phase 3. Completing a really unprecedented 22 movie inter-connected epic, and that is what we’re thinking about. We have ideas. We have things for what happens next, but it will really be a conclusion to 22 films.”

What both companies are essentially saying is pretty much the same thing: the universe will still be there if they want it to be, but we should expect to see more standalones and self-contained trilogies moving forward.

While this isn’t bad news at all, we do have to speculate if superhero fatigue isn’t playing a part in the decision-making. Committing to a universe is a huge financial risk and there will come a point where the audience will stop showing up for The Avengers 17. While there’s still a genuine excitement to see the Avengers and Justice League on screen, how many times can it be done before it gets stale?

Undoubtedly, the success of Wonder Woman taught both studios a lesson: a film doesn’t need to be heavily tied to the universe to be a success. It’s possible to tell standalone stories and perhaps visit the big team-up movie once in a blue moon. What the audience wants is a good movie. The film doesn’t need to set up the next 20 flicks; it just needs to be good. Christopher Nolan’s Dark Knight trilogy proved the importance of having a beginning, middle, and end to a story. He could’ve easily carried on – and we’re sure that Warner Bros. offered him a ton of money to – but he decided to tell his full arc and move on. Sometimes, that’s a better way of approaching these characters instead of attempting a never-ending storyline with no direction in sight.

With the rumours that Matt Reeves will follow in Nolan’s example for his Batman project and other film-makers are set to approach more standalones, we could be in store for even better superhero films in the near future. The universe will always be the sandpit for the creators to play in, but sometimes it does get a little bit crowded in there.

Tell us, what do you think? Do you think comic book cinematic universes are dying? Let us know in the comments section down below.