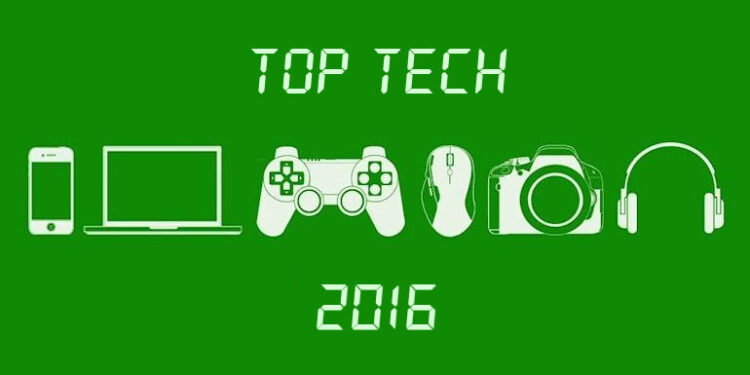 If you thought 2015 was a tough year when it comes to the high costs of imported luxury items, most specifically cars and tech, 2016 was bad enough to feature a multitude of discussion on the subject across numerous publications, almost on a daily basis. Thankfully, there are a few companies seeking to reduce the strain on your pocket by introducing affordable packages that are able to compete with other flagships, but they’re not always able to compete blow for blow. Looking back at 2016, there were many memorable reviews conducted, with many to look forward to in 2017.

As in previous years (2015, 2014), the list is comprised of tech that has been featured on Fortress of Solitude over the past 12 months. With the ever-growing cost of gaming globally, it was refreshing to note that the announcement of the Radeon RX480 was heralded as the most affordable graphics card able to support VR gaming. With 2016 being a big breakthrough for VR, most especially in terms of gaming capabilities, the competitive pricing of the RX480 was a great selling point for Radeon in their long-standing battle with NVidia. Asus’ version of the RX480, the ROG RX480 STRIX OC 8GB provided additional oomph to the manufacturer’s edition, along with lighting features, additional cooling, and useful software. If not for the exchange rate, it could’ve been the card of choice for budget gamers. Last year, Logitech released the Logitech MX Master, which featured in the top tech of 2015. Logitech has, once again, delivered a gaming mouse that is undoubtedly one of the best in the world, the G900 Chaos Spectrum. Taking up the reigns of the MX Master, the G900 builds on all its strengths and adds a few more features on top. Unlike the MX Master, its ambidextrous design and interchangeable panels make it a great addition to all gamers and designers alike. While there may have been a few better projectors released by Epson in 2016, I wasn’t able to review any of them, especially the high-end, R100,000+, 4K Laser projectors. That said, the Acer Predator Z650 gaming projector is a brilliant unit, especially for those gamers with a lack of space to utilise. The short-throw unit is capable of projecting a 40″ size image in less than a metre from the walll or projector screen. That alone makes it quite an impressive unit, and the image quality and brightness, along with a few additional features makes it even better. Smartphones in general have faded in terms of novelty in 2016. While there were a few gimmicks and features to be bolted on, most of these came in the form of paired accessories and the likes, but there were a few that made a name for itself solely based on the smartphone’s capabilities alone. The LG V20 was one of the most well-rounded smartphones of 2016, and definitely the best I reviewed all year. The software was sleek, with a host of features bolted on without diverging too far from Android’s vanilla build. Add to that a decent dual-camera, great display, impressive battery life, awesome sound features for audiophiles, and the addition of the ticker display, makes it a really great purchase if you’re in the market for a smartphone upgrade. With an RRP of just over R10,000, the unit is also well below the cost of many of its other OEM competitors. Although I wasn’t able to review the HTC Vive in its entirety, I was able to, on five occasions (or more), get some hands-on experience with the VR gear (headset and controls). Having also experienced some of the other VR equipment soon to be released in South Africa, the Vive is by far the best equipped and most feature-rich unit available. Tie that in with their partnership with Valve’s Steam, we will no doubt see a few great releases in 2017 on the gaming front, and a few more industrial and retail uses with projects from Google (YouTube) and many others. Whether you’re looking to battle a few zombies, take a ride, or simply walk about to experience the immersive nature of VR, the HTC Vive is definitely worth a go, and has to be experienced to fully grasp its capabilities.

Noteworthy Mentions Not Reviewed on FoS:

2016 has really been a year of novel ideas and inventions, but not all are available for consumer purchase. Searching through the interwebs, I listed some of the most influential, most unique, and most purchased/wanted tech of the year.

Apple Watch Series 2 – The second instalment of Apple’s watch has garnered much discussion, and has seen many partnerships that tie in well with the smartwatch to get the most of our your ticker.
Sony PSVR – With the increase of VR tech around the industry, Sony’s take on VR has been much anticipated, and is the most affordable when it comes to gaming (does not include mobile gaming).
FitBit Charge 2 – While fitness trackers have taken somewhat of a dive in 2016 compared to previous years, the Charge 2 has picked up where others have left off and is one of the hottest purchases for the 2016 Xmas period.
DJI Phantom 4 Drone – Drones always seem to be a crowd pleaser, especially when looking for an ideal gift over Xmas. That said, the DJI Phantom 4 is not cheap, and will set you back more than R20,000 in South Africa. It does, however, have quite a number of features to tout, including 4K video recording, and automatic obstacle avoidance while flying.
Amazon Echo – As seen in Mr. Robot, the Echo is a hands-free speaker with voice control. The unit performs functions similar to that of Apple’s Siri and Google Now.
Google Home – Speaking of Google Now, the Home is Google’s version of the Amazon Echo using the Now services similar to your Android smartphone.
Epson LS10000 – This 4K laser projector is by far the best I’ve seen, having first-hand experience of it’s quality. That said, unless you have R100,000 to spare, it may not be within many a budget.
HP Sprocket – This portable printer is extremely mobile, and extremely useful in that same sense.
Logi Circle – This Logitech 360-degree video camera provides some great capture options, and will be a good addition in the VR world.
Anki Cozmo – This AI unit has a mind of its own and is extremely fun. Having its own personality, the unit will nudge you to play, while often surprising you with random outcomes.
Google Pixel – Changing direction from the Nexus range, the Pixel is Google’s new lineup of Android smartphones.
Nintendo NES Classic Edition – There’s nothing better than a few moments of nostalgia, and that’s exactly what the NES Classic brings to the table.