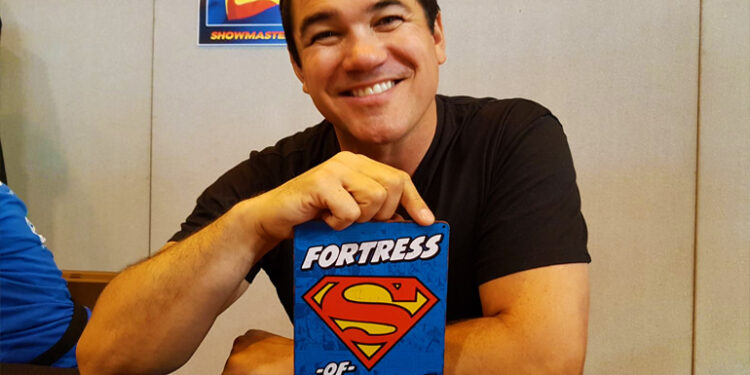 “So, do they have conventions in South Africa?” the Ghostbuster asks me.

I can’t believe it. I’m chatting with a real-life Ghostbuster, the incredibly cool Ernie Hudson (who played Winston Zeddemore) just outside Hall 5 at Collectormania and we’re chatting just like regular folks. Not fifty meters away, the Ghostbusters’ legendary Ecto-1 is parked with its lights flashing and sirens blaring. It’s a somewhat surreal experience. I explain to him that conventions in South Africa have been few and far between but they do happen. He’s pleased to hear it, as well as that I was a fan of the groundbreaking prison drama Oz which he starred in. But he admits that one of the weirdest thing of late for him stems from his appearance in Kevin Smith’s show Comic Book Men, where he drove an ice cream van that sold comic books. It’s something many fans keep bringing up, much to his amusement.

Sadly, time is against both of us though and we need to head inside to do our jobs. I ask him if I can take a photo first, and he obliges, smiling. Maybe I’m imagining it but he seems slightly taken aback by the request, and in the back of my mind I’m wondering if it’s because he knows I’m representing the press as well as being a fan. Meanwhile, in the distance behind us, a convention goer walks back to his car with a bag of collectables and leaves… and it isn’t even noon yet.

Something is very wrong here. It’s like I’m in Bizarro World. Who leaves a convention this early? And was there something wrong with me being from the press? It’s probably just me,  I think, but as I head back inside I look down at my press pass and sigh with frustration. The morning’s highlights have been the chat with Ernie Hudson and getting a video of wrestling Hall of Famer Beth Phoenix – the Glamazon herself, who is as elegant and charming as they come – which required a second take owing to a technical glitch. But there’s still something wrong.

If the first day of Collectormania 24 were a film, it would be The Good, the Bad and the Ugly, playing all three characters simultaneously. The moments with Beth Phoenix and Ernie Hudson were definitely good, and more would follow throughout the course of the day. But there was bad there too, and there was definitely some ugly on a personal level. At the end of the day it was an almost schizophrenic experience. But in the interest of fairness, let’s start with The Good…

With so many celebrities on hand, it was bound to be something special. Fans lined up, all hoping for a quick meet-and-greet, autographs and possibly photos with them, and it allowed strangers to talk with other fans about their similar interests in a way which made them seem like old friends. Some of the most popular were Agents of SHIELD’s Ming-Na Wen, Arrow and Torchwood fan favourite John Barrowman and former Superman Dean Cain, whose popularity seems to have never diminished. Meanwhile, cosplayers brightened the hall as they always do. As always, their creativity and dedication is to be admired and they’re some of the best, most fun, representatives that pop culture fandom could ask for. The stalls offered up a variety of collectables, from vintage comic books and signed photographs to sporting memorabilia and the amazing Burned By Design’s themed wood burners and fire pits (which you can check out at burnedbydesign.com). Plus, on the way in, there was the aforementioned Ecto-1, a buggy from Mad Max and a giant Groot for fans to have their photos taken with.

The panels were lively, with Supergirl’s Helen Slater explaining how strange an experience it’s been working with another actress now playing the role she made famous back in the ‘80s. Ming-Na Wen, recovering from ACL surgery required after a fight scene accident in Agents of SHIELD’s finale, managed to bring an almost too-polite crowd out of their shells.

Offering up some playfully raunchy answers to questions and still jokingly passing off her injury as a pole-dancing accident, she took the time to hug a fan (one of her Mingalings) who brought her some beaded bracelets and admitted to being such a geek that as a child she prayed to God, Buddha and the Force. Insistent that she’d gladly play any role in a Star Wars film – even just as an assistant who hands a Jedi their lightsabre – she also pointed out that if she isn’t cast in the live-action Mulan film (having voiced Mulan in the animated version) in some way she would “kick Disney’s ass”. She also dropped the news that she’ll be voicing a character in the Guardians of the Galaxy cartoon series. John Barrowman’s panel was exactly as his fans expect. Striding onto the stage in a Captain Jack coat, he quickly removed it and swirled it around his head in a homage to Doctor Who’s TARDIS – revealing him wearing a dress and high heels. Funny as always, he told stories old and new, from his legendary farting incident on the set of Arrow to his love of fish finger sandwiches and Victoria sponge cake (leading to a joke with a risqué punchline). While he once again made clear his desire to return to Doctor Who and Torchwood, both shows clearly a personal passion. He also hinted at possibly playing The Doctor in the future, a piece of information which brought huge applause from the crowd. He ended off his panel discussion with a song, encouraging everyone to sing along to his rendition of Copacabana.

By the end of the day, with fans and stars alike all exhausted, it was wonderful to see Ming-Na Wen offering a fan a rare selfie, as opposed to being asked for one, and she left sweets out on her table for her Mingalings to take and enjoy. Dean Cain’s line still seemed to stretch on forever, but he still had a smile on his face and treated every fan like gold as he met them. With moments like that, the chance to pick up some rare collectables and the overall experience, it delivered on many levels.

What could be bad about that?

While the convention did everything it was supposed to, there was still something fundamentally wrong. The cosplay area, near the front door, seemed to distance them from the main event – almost notably so. While it was probably unintentional, it created a vibe of them almost being tolerated instead of welcomed with open arms. As stated, cosplayers contribute a huge amount to the mood of conventions, more than people sometimes realise. While it makes sense to have a separate cosplay area included alongside the more mainstream sports, film and TV stars, their area seemed a bit too far removed.

Sadly, it was down this end where 2000AD artist Ian Richardson sat, nestled away in a corner. Given 2000AD’s contribution to British comic book culture, a little more attention down that end would have been nice to see.

The stalls and gaming area, as fun as they were, seemed almost minimal when placed in such a large auditorium and, despite the tens of thousands of fans wandering around, there was still a feel like it was a ghost town at times. The mood wasn’t helped by the bland interior décor, and it was easy to understand why some fans left early: there was little to keep them there once they’d seen or done what they came for.

Those who did stay seemed bored and there were few smiles on the faces of many – sadly including some children. Some people sat down on the floor dejectedly, waiting for the next panel or for a celebrity’s line to shorten. Unlike ComicCon, where there was a constant energy of something always happening somewhere, always something to do for everyone, and a surprise awaiting around every corner, instead, it seemed too by-the-numbers for its own good. Several people I spoke to found it a draining experience with their interest waning just due to the lack of anything happening.

Again, it’s understandable. Given the high number and variety of celebrity guests, the last thing they’d want to be around is a three ring circus. But there has to be a more fun balance, with more for people to do beyond the signings and more to keep both kids and adults happy. This may be a more adult, sensible crowd in general but they’re still fans.

Also, the sound levels during the panel talks were way off. Maybe they were set for a bigger or smaller room or the speakers were out of position, but during the discussions it was difficult to understand what was being said due to the volume being too loud to allow clarity, causing the sound to echo too much. Meanwhile, several of the guests struggled to understand what was being asked – seemingly because of the low volume on the microphones being passed around the audience.

Thankfully these are things which can, and presumably will, be fixed for next time. There was good and there was bad at CollectorMania, and while it delivered the goods it was also underwhelming in some ways.

As for the ugly side of things, that’s more of an op-ed article and you may (or may not) want to read it separately. It has very little to do with what the event offered the fans and more to do with my own personal frustrations in trying to do my job there… 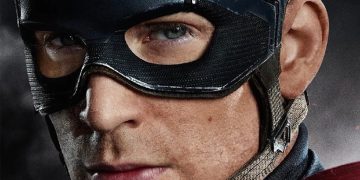