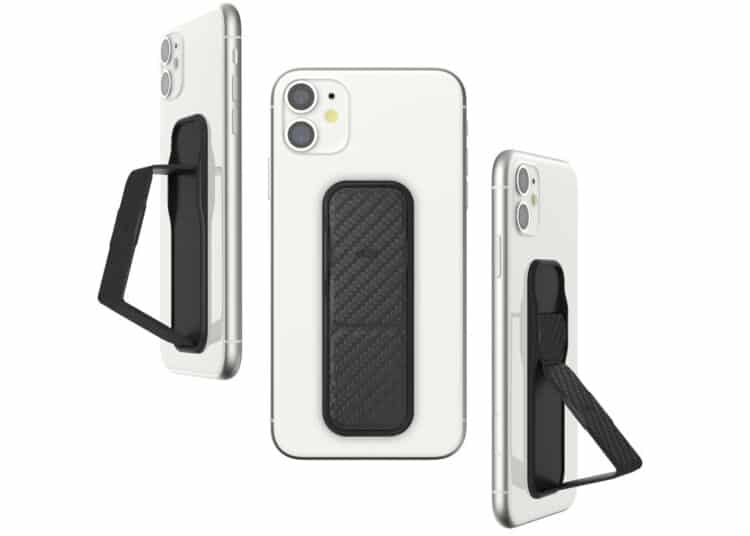 We are inundated with new gadgets for our smartphones. Whether its an extended battery, phone cover or case, some audio extension and everything else in between, there’s quite a bit to choose from. In recent years, we’ve seen an exponential growth of the popsocket. While the device may be useful, I’ve always considered it very clunky, especially when placing your smartphone into your pocket. Earlier this year, a new gadget was announced at CES 2021, which quickly became a favourite for many. This was the CLCKR phone stand.

Being a minimalist, I never bothered with any protective case until I received the RhinoShield case a few months back. As such, I was a bit sceptical when it came to adding another accessory to my smartphone. But, the CLCKR isn’t like the popsocket or any other stand for that matter. And here’s why. 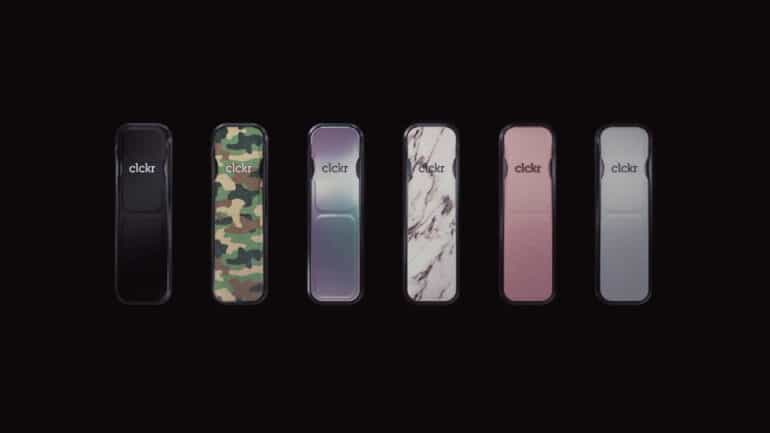 One of the standard features of the CLCKR over any other accessory is its compactness. In its unused form, it lies almost flat against the surface of the smartphone. It can then be expanded once opened for use as a grip or stand.

The unit has a very minimalist build. Around the edges is a plastic frame, which houses the main section. This main section is made up of three segments of varying sizes, which has been encased to operate as a single piece. On the top end of the frame, there is a section that allows you to click the unit into position, whether to be housed or positioned as a stand.

The CLCKR is available in a variety of colours. Additionally, there are also a few different textures to choose from. This includes the plain version, a ribbed version, a herringbone pattern and even a sparkly version. There’s quite a bit of variety, so you can choose one to match your device or your case.

Each of the CLCKR units has a similar faux leather finish. Many of these have a matte finish which gives them a reasonably premium look. There’s also a glossy version, which looks just as good.

The overall build is solid. And while I’ve just been using it for a few weeks, there has been no sign of wear and tear due to continuous use. 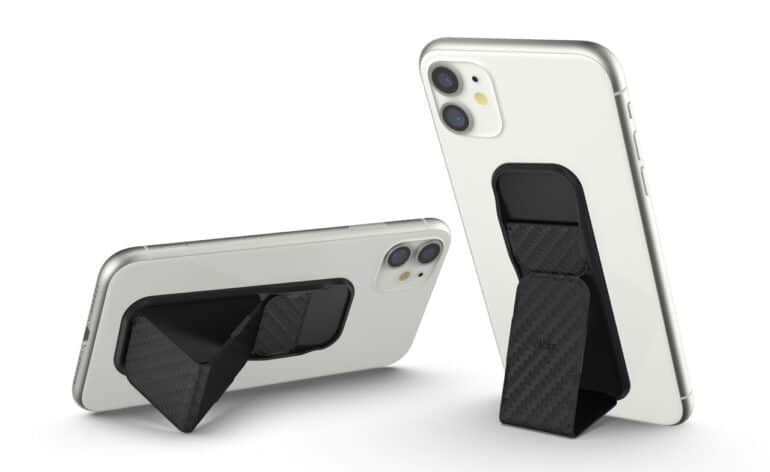 Before using the CLCKR, you’ll need to set it up. The directions for use of the unit are very straightforward. Simply remove it from the packaging, and then remove the clear film which reveals the adhesive section. This portion then sticks onto the rear of your device. Thereafter, you can start using it as required.

Depending on the app being used, users will switch between one-handed or two-handed grip. When using two hands, users often have to grip around the smartphone in order to use it. And for those devices with rounded edges, it could make usage a little bit trickier. With the CLCKR, this isn’t an issue at all. You simply slide your hand in between the opened grip and you’re good to go.

The smartness of the design is written in its name. The three stances of the unit can be clicked into place. When not in use, it clicks into place to tuck away neatly. When switching to in-hand usage, you unclick it and slide your hand into the grip. And when you want to use it as a stand, you can then click it into that position as well. This allows you to use the CLCKR as a stand for both portrait and landscape view.

I initially thought my phone would be too tall to operate well using the portrait mode, but it faired equally in both modes. It makes things so much easier to be able to click it into position and position it off to the side as you wish. And then, when it’s all done, being able to slide it into your pocket as if there’s nothing hanging off the back of it. 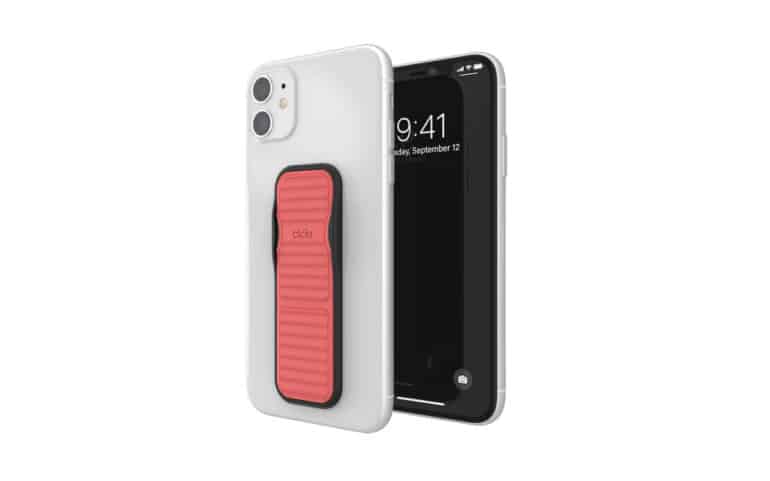 Should You Buy the CLCKR

It may seem like a trivial accessory, but the CLCKR is great. Being useful is one thing, but being able to be tucked away neatly and operate as if it wasn’t there makes it truly noteworthy. As smartphones become larger, accessories to make them easier to use have become a mainstay. This is the sector in which the CLCKR sees its value. Irrespective of the size of your smartphone, it’ll be of great use.

On top of that, it’s relatively inexpensive as well. There are two variants of the CLCKR, the separate grip, which I reviewed here, as well as a case version, which acts as both protection and the grip. The former is priced at R249 with the case at R499. I would highly recommend the CLCKR to all, especially those who find themselves working or using their smartphones more than most.

Every so often we come across a gadget or accessory we never knew we needed until it changes everything. The CLCKR is one such device. And it's highly recommened.