Home > Gaming > Do You Remember These Classic DOS-Based Games?

Do You Remember These Classic DOS-Based Games? In the ’80s, the Personal Computer was not as personal as one would have hoped. For many, this was not only an expensive luxury device, it was almost unusable to the masses. You would have to make use of command line instructions to run tasks and play games. For the few that owned a computer, they were seen as social outcasts and labelled as ‘nerds’. Needless to say that times have changed a great deal and there are many who can look back at those early years with nostalgia. The greatest of these relates to running classic DOS-based games. 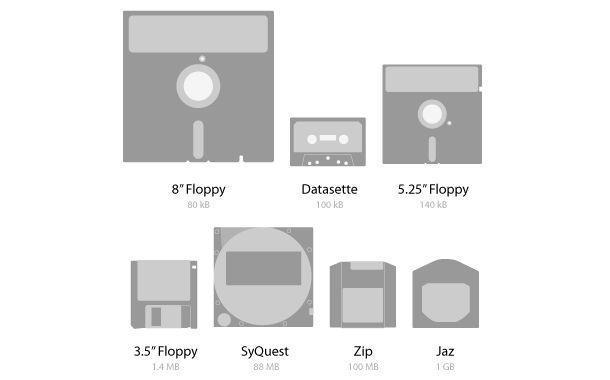 Believe it or not, there was a time before the Windows OS GUI, in which your only interface to the computer was the keyboard and text-based commands. MS-DOS was first released in 1981 and was only officially discontinued in 2000. Apart from the native tasks, users would insert floppy diskettes to run software and games. These initially came in sizes of 8” with up to 500KB of storage, then the 5.25” with up to 1.2MB, and later the more commonly used 3.5” with 1.44MB, also known as stiffies.

I can recall the early days of running classic DOS-based games from a 5.25” disk on an IBM XT sporting a monochrome monitor supported by an MDA graphics card. It looked pretty much like the image below, which would later require a graphics card update to display colour. One of the first colour graphics cards was released by IBM with only 8 colours, known as CGA. This was then upgraded to the 16 colour EGA cards (up to 640×350 resolution), the 256 colour VGA cards (up 640×480), and later the Super-VGA (800×600 and beyond). 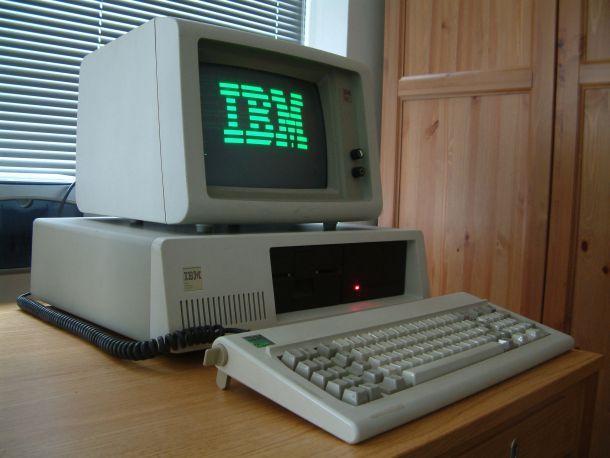 You can follow the links below to learn a little more about the above-mentioned graphics cards:

Enough of the history lesson, let’s get to the classic DOS-based games.

One of my favourite PC games from the 80s’ was 4×4 Off-Road Racing, released in 1988, which ran on DOS, Atari and the ZX Spectrum. We played this game in black and white, and although I can’t ever recall completing the rally stage, I spent hours upon hours trying to achieve this. Take a look the colour version of the game.

Another of these early races was developed by The SoftAd Group and Beck-Tech and officially published by Ford Motor Company, which was sold as a racing simulator for Ford cars. The game was simply called Ford Simulator and was released in 1987. This was one of the earliest advergames, which served the purpose of being an advertisement and a game. The game included many specifications and safety features of the 1988 range of Ford cars to be released. This classic DOS-based game achieved a certain level of success, which was not matched in subsequent sequels.

Before Kung Fu was released on Nintendo, Karateka was developed for Apple II and released on PC in 1984 before being ported to a number of other platforms. The game was developed by Jordan Mechner during his years attending Yale University. Karateka was considered one of the more realistic games of its generation and was well received commercially. The success ultimately led Mechner to pursue a developer career path, which yielded another great game of the time, Prince of Persia.

With the success of his first game, Mechna then went onto develop the famous Prince of Persia in 1989. The game had a similar stop-start movement as Karateka, but this time around included fight scenes with a sword. The game was praised for its quality of animation and was ported from the original Apple II version to a number of other platforms. Although it was criticised in its early days for being repetitive, the intelligent puzzles and booby-traps placed around the map made it an intriguing challenge for gamers. This is another of those games I recall having spent hours trying to save the princess locked away in a tower.

King’s Quest: Quest for the Crown

One of the earliest adventure games I recall was King’s Quest, which was later retitled as King’s Quest: Quest for the Crown. Although it was released in 1983, I remember playing this sometime closer to 1990. The plot of the game was simple: King Edward calls upon the services of Sir Grahame to find the three legendary treasures scattered across the kingdom, which would bring about the end of their hardships and disasters. Interaction with the game was text-based, meaning that players would enter commands, which Sir Grahame would attempt to carry out, sometimes with rather amusing responses.

Leisure Suit Larry in the Land of the Lounge Lizards

One of the unexpected hits of the 80s’ was a game called Leisure Suit Larry in the Land of the Lounge Lizards. The game was developed by Sierra On-Line and released in 1987 for DOS and the Apple II. Due to its underlying adult theme, Sierra made the tough decision not to advertise the game on a large scale. Upon release, only 4000 copies were distributed. Once word of mouth spread, the game became a hit and sold over 250,000 copies by the end of the same year and being pirated more than double that amount, undoubtedly earning it an award for ‘Best Fantasy, Role Playing or Adventure Game’ of 1987. Although not one of my particular favourites, this was one of the biggest PC games to have been released in the 80s’ and officially listed in the 100 greatest games of all time. Unfortunately, later versions of the game weren’t as successful and included additional adult themes and content.

The list of my favourite DOS-based games cannot be completed without adding the likes of Golden Axe. This game would definitely feature amongst the top 10 games of the 80s’ (in my opinion), which included titles from early consoles such as Mario Bros., Contra, The Legend of Zelda, and the likes. It was primarily developed by Makoto Uchida for Arcade (commissioned by Sega) and later ported to the Master System and Megadrive consoles in 1989. The PC version was developed by Telenet and released in the same year. Although the plot of the game was simple, the visuals of a fantasy medieval world, accompanied by the three characters with special abilities, made this game a big hit. Uchida was fond of the Conan films, which heavily influenced the game’s looks.

There is a seemingly a never-ending amount of classic DOS-based games from the ’80s alone, of which we were only able to feature a few. If you have any games you feel deserves a mention, feel free to do so in the comments.