Several days ago, I saw a couple of Class books on the shelf in a bookstore. While I appreciated how fast they’d come out in order to capitalise on this new series, and had clearly been planned well in advance, it also left me a little saddened because it meant that it was unlikely the show would take any risks. Watching this latest episode, I was happy to be proven wrong. [dropcap]A[/dropcap]fter a rather bland two-parter, Class returned to form and dropped a huge bombshell on the season, as Tanya, April, Ram, Charlie and Matteusz are placed in detention by Miss Quill for some mysterious reason.

The arrival of a meteor through the space-time rip triggers an explosion which separates the detention room from all of existence. Trapped in limbo with no escape, there’s very little for the teenage heroes to do except solve the problem themselves. Yet their emotions spiral out of control due to the meteor fragment in the room with them. At first it appears to be forcing them to tell the truth, but it’s soon revealed that there’s a whole lot more going on and that they aren’t the only ones being detained…

While this may be a slow-burn episode on the surface of things, it was a great chance to see how the characters have adapted to becoming the guardians of the rift – a job forced upon them by The Doctor. The truth of the matter is that they haven’t adapted well at all; distrust and feelings of being unappreciated simmer throughout all of them, and their supposed friendship is questionable. They’re all in the same situation, a group of outsiders given an unenviable burden, but whether they’ve truly bonded is another matter.

This episode is the essence of the classic ’80s film The Breakfast Club, with their personalities and problems driving the story forward. As that film pointed out, even if they’re friends in detention through circumstance and necessity, does it translate into the outside world? The story itself may be solid enough in its Doctor Who style, but it’s really all down to the characters… and that means that it’s all down to the actors to make the most of the script. Once again, every one of the performers handles their role superbly, with each of them having a moment to shine.

Plus there’s the rather sneaky gift of Miss Quill.

Without giving anything away, let’s just say that this show is taking risks, huge ones… and this one should make the next episode unmissable for fans. But watch this one first! Trust me, you’ll need to! 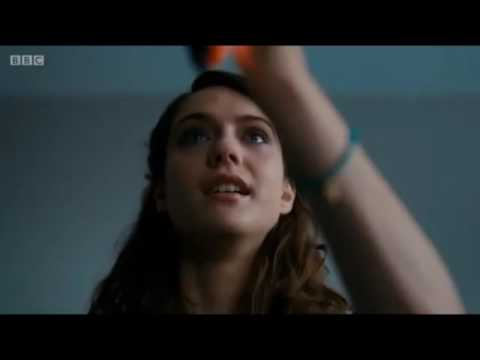