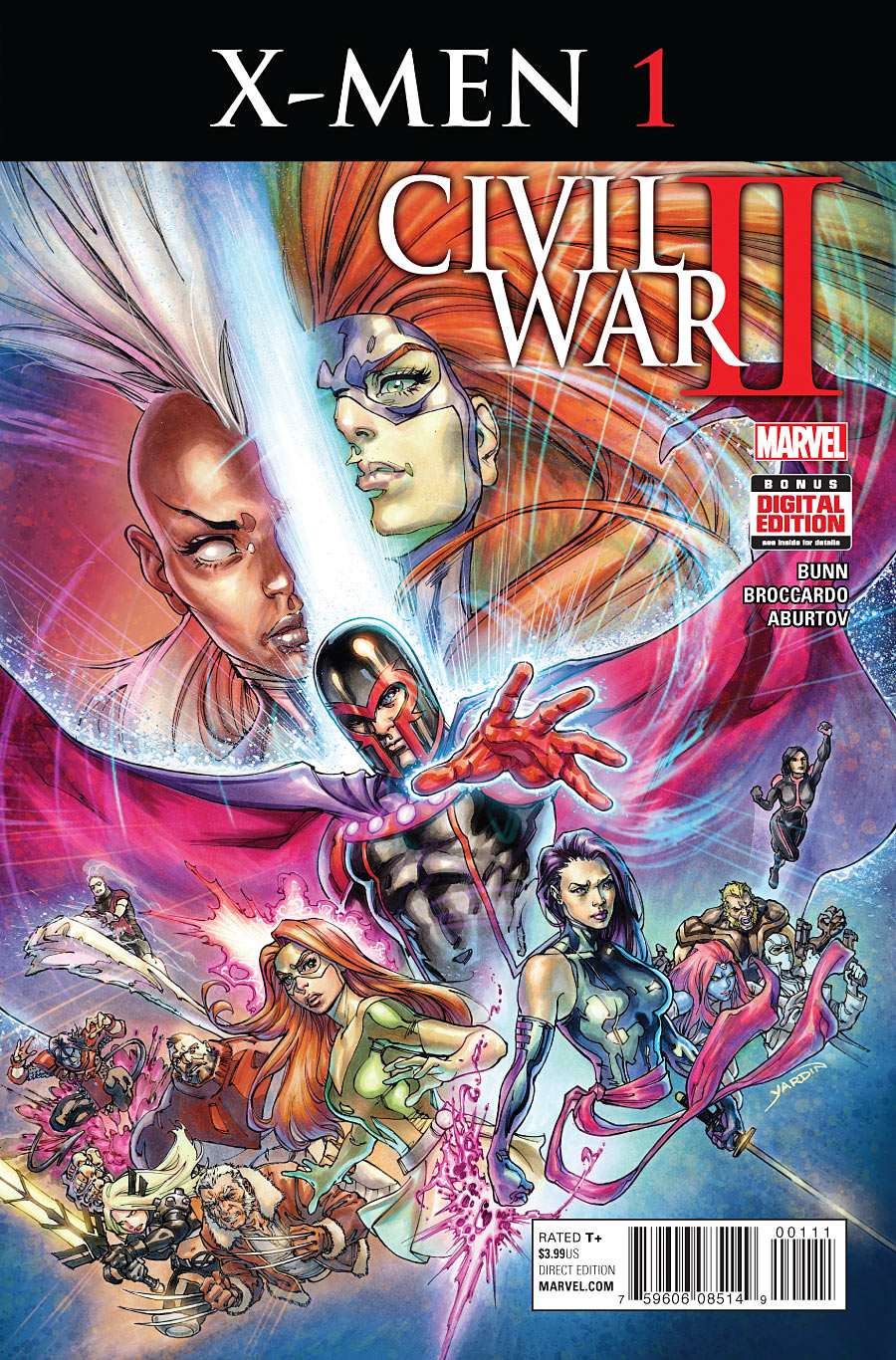 The X-Men enter the fray of Civil War II when the world’s most terrifying mutant, Magneto, takes mutantkind’s fate into his own hands.

[dropcap]F[/dropcap]or several years now, the Inhumans have been taking an increasingly prominent foothold amongst the human race. The Terrigen mists, capable of transforming a rare few people into new Inhumans whilst killing all others, are crossing the globe. For some, it’s a potential gift of gaining powers, but for Earth’s mutants it means instant death and their numbers are dwindling fast.

In Dubai, a group of wealthy mutants prepare for the latest oncoming storm of Terrigen mists, safely celebrating inside a hermetically-sealed room. However, their party is short-lived. Magneto, leading his own group of mutants, gatecrashes and accuses the wealthy host of abandoning others of their kind to die when the mists engulf the city. Rescuing as many mutants as they can, Magneto’s team get the job done as Magneto stands in judgment over those mutants who failed to help others.

Things quickly get out of hand though, as the seal keeping them safe is breached thanks to some deep-cover Sentinels. Suddenly under attack and desperate to outrace the mists, Magneto and the others appear to be doomed. Help arrives in the form of Storm and her team of X-Men, but when Magneto finds out that they’ve been getting information and assistance from the Inhumans, he’s furious and prepares for war. Not only that, but one of the X-Men may be willing to switch sides…

Magneto is one of the most well-rounded characters in the Marvel Universe, and once again here’s an example of why. The Inhumans have been eclipsing mutants in recent times, and he’s concerned that he’s now part of an endangered species. He’s rightfully disgusted at the way wealthy mutants treat those less privileged, too. He may not care much for normal humans, but he protects his own and always has. This casts an intriguing shadow over the second Civil War, especially since the X-Men mostly remained out of the first one. Could this war be fought on several fronts, including mutants versus Inhumans?

As for the rest of the issue though, it was more about laying the foundations for later issues. The action is standard but uninspiring, Old Man Logan‘s banter with Sabretooth is amusing but for the most part he seemed to be in the background, and for an X-Men comic the team came across as secondary players. It’s understandable that Magneto is the focus, but a little more depth as to what the rest of the characters are up to lately would have served the story better. After all, not everybody’s been following their adventures lately.

Ultimately Civil War II – X-Men #1 felt like a mixed bag. You get a glimpse of the best of the master of magnetism and his current mindset, but very little of anything else.