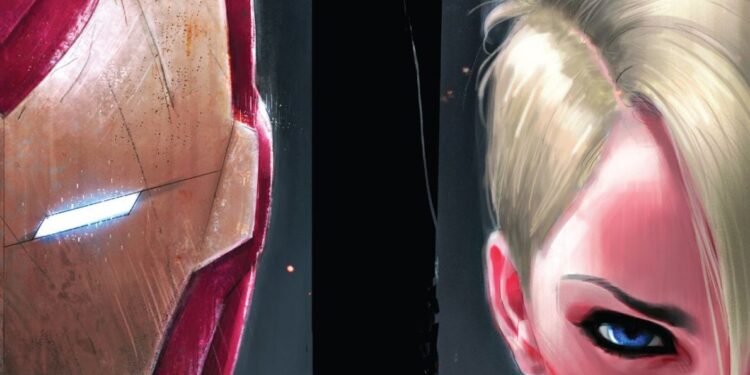 The second Civil War is finally over, and for some that means they can breathe a sigh of relief. The war has taken its toll though, with Tony Stark in a coma and Captain Marvel’s credibility at an all-time low. So who can the people look to for inspiration and hope? The answer comes in the form of the newly-appointed Director of SHIELD, Steve Rogers – Captain America himself. We review Civil War II: The Oath. However, despite the celebrations and the new-found sense of optimism surrounding his appointment, the truth is far more sinister. Now that Captain America is an agent of Hydra, their plans for world domination can take effect. Yet it’s the understanding of Captain America, and not his Hydra mindset, which exposes the reality of the state of the world…

After a Civil War storyline which has left some readers feeling seriously underwhelmed, this epilogue hits harder than a sledgehammer. It’s fitting that it should be Captain America who delivers the final blow, and ultimately sets the stage for the new Marvel Universe. 2016 was a year of great change and sadness for almost everyone. Events occurred which would have seemed impossible before. The future now looks to be more unpredictable than ever. This uncertainty is mirrored perfectly in this issue, and the analogy of Captain America leading the free world into a state of fascist order is something we suddenly know isn’t just a possibility – it’s happening in the real world even as we speak. For some, this story may be a little too political and hit too close to home, but it’s something Marvel has excelled at over the years and it shouldn’t be shied away from.

And that’s the point. Burying our heads in the sand won’t help the situation, we need to see things for what they are. It’s a lesson driven home by Cap’s words, and it’s one both Iron Man and Captain Marvel have failed to learn. Their true flaws and failings are exposed more clearly than ever before, and the irony is that it takes the rise of evil for even the readers to see that. Ignoring the problem or being oblivious to it brings about our demise. While there’s a lack of action in Civil War II: The Oath, there’s a maximum amount of story and relevance. It’s a perfect antidote for those who may have lost faith in Marvel’s current output. The art is up to the task of matching the writing, and some of the images on display are truly haunting.

Never before has the terrifying future of the Marvel Universe mirrored our own so closely. Civil War II: The Oath isn’t just recommended reading – it’s essential.