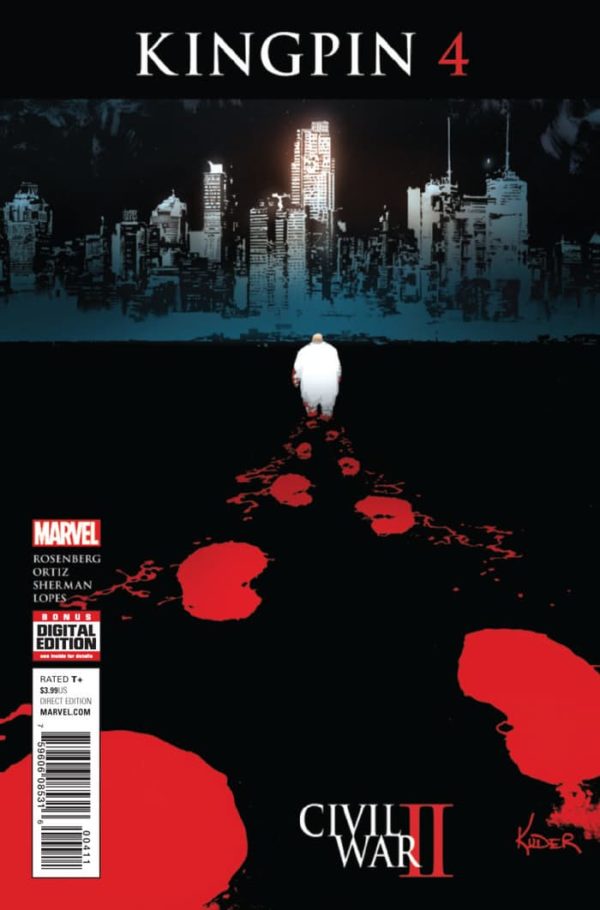 Wilson Fisk – Hell’s Kitchen’s own Kingpin of crime – is on the verge of death after being brutally attacked by the Punisher, fighting just to stay alive. With Fisk now in SHIELD’s custody, he’s faced with two options: cooperate with the authorities to bring down his own criminal empire and live, or stay true to his high code of personal honour and die. Yet as Daredevil has come to learn over the years, with the Kingpin there’s always another option and nobody should underestimate his abilities. 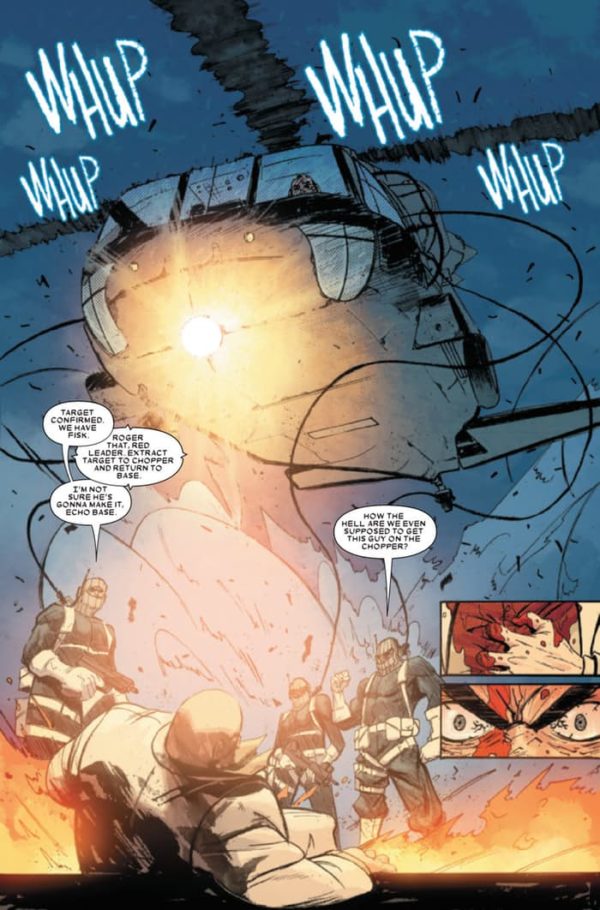 [dropcap]W[/dropcap]ith SHIELD telling the world that he’s already dead, Fisk sets about providing information to them whilst undergoing physical rehabilitation in their secure holding facility. However, within Fisk’s empire, his protege Janus uses all the knowledge he’s been taught to keep things on track. When the Kingpin finally enacts his plan and manages to send word to his associates, the extent of his power and tactical criminal savvy is revealed – with bloody, brutal precision.

The climax of this mini-series may not surprise some readers if they’re familiar with classic gangster films and stories. Still, that isn’t a bad thing. In fact, it’s fair to compare Fisk’s final plan (and its presentation) to the Godfather films in particular. Fans already know that Fisk is a long-term player, and that he rarely makes a move without knowing how it’ll all turn out. As he himself points out in this issue, being one step ahead of the rest simply isn’t good enough for him. He’s the Kingpin, and with good reason. Fisk’s physical rehabilitation, the very act of walking again, is symbolically interspersed with assassinations at his bequest. With each literal footstep in his recovery, his ascendance to greater power is assured at the cost of his rival’s lives. By the end of his reign of terror – astonishingly enacted from a position of weakness – he’s defeated everyone, from SHIELD and petty bureaucrats to all those other criminals who opposed him.

Sadly, there are still drawbacks. Minor ones, granted, but they’re there. As I said, the events in this issue isn’t going to be much of a shock to readers who are familiar with gangster classics, and the art isn’t going to be to everybody’s liking either. The final scene between Fisk and Janus could have packed more of an emotional punch, lending it a Micheal Corleone and Fredo feel, but instead feels like a wasted opportunity. However, that’s just nit-picking. 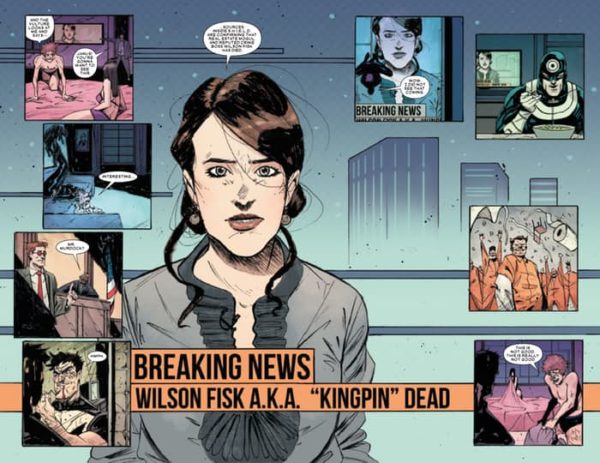 This series has been all about exactly what the title promised: Kingpin.

In four short issues we’ve seen him rise from the ashes and rebuild his legacy and his empire, and this is the culmination of that. We’ve been reminded of what an incredible character he is, both a complex villain at worst and antihero at best, with an indomitable will and the intelligence to make the most of it. It’s a solid end to a solid series, and based on this his ongoing series in 2017 will be one worth keeping an eye on too.