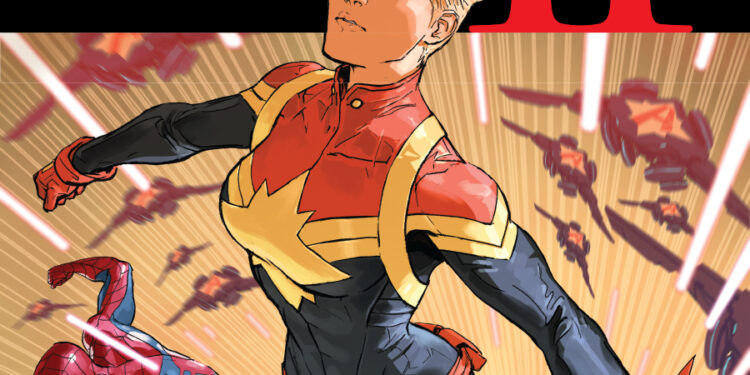 When it comes to hitting all the right beats and moments, Civil War II has been firing on all cylinders. Not bad for a series which doesn’t seem all that necessary. It’s proof that, when done right, even a weaker story can be gripping and exciting. [dropcap]W[/dropcap]ith Hawkeye acquitted for the murder of Bruce Banner, Tony Stark goes on the offensive in this issue. It’s been a long time in coming, but he’s finally had enough. While he admits that his own guilt in the death of War Machine and Banner may be a driving factor, he’s decided to put a stop to Carol Danvers and SHIELD using Ulysses’ ability to predict the future to circumvent civil rights and the law. He may not have public opinion on his side, but he has science and he has some allies, and when Tony Stark has a plan he can be relentless.

On the plus side, She-Hulk has finally come out of her coma. And when she hears the news of Bruce’s murder, her initial disbelief turns to a simmering fury. As Tony addresses a council of assembled leaders from the superhuman community, he explains how Ulysses’ power truly works and the science and mathematics behind it all. He also explains how blind faith in Ulysses’ predictions could be the most misguided idea ever. This is put to the test when a woman carrying an empty briefcase is arrested without charge and interrogated by SHIELD, on the prediction that she’s a Hydra agent. And that’s when things get out of control. The battle lines have definitely been drawn, and the combatants and the sides they’ve chosen are simultaneously surprising and logical. Also, Carol Danvers has put in a call to get some backup… and the reveal of who she’s chosen is almost jaw-dropping.

Brian Michael Bendis and David Marquez once again serve up an interesting and attractive entry into the storyline, one which continues to progress the story at a steady pace. While Civil War II probably won’t go down as a classic “event” series, it’s handled well enough to still make it one of the best books on the shelves at the moment. The writing continues to be intelligent and well-paced, with crisp dialogue and a flowing pace helping every story beat feel perfectly timed.

This won’t be for everyone. There’s little action, and it’s more of a thinker than a doer. But what it does, it does incredibly well. If you’re looking for a solid piece of storytelling, look no further.