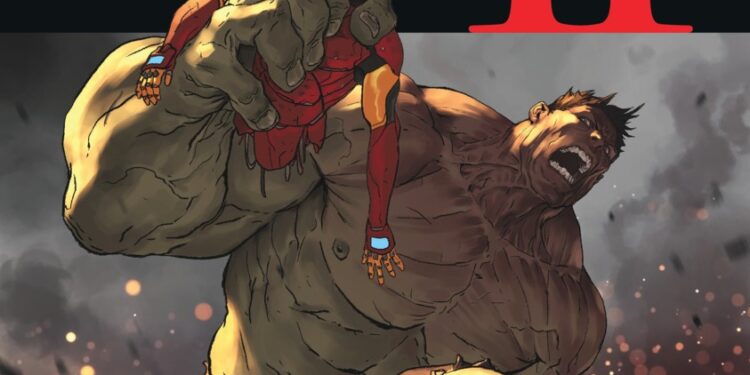 This Civil War II thing just hit the accelerator. Unfortunately, it’s hard to say too much about it without ruining it. So bear with me, this review for Civil War II #3 could be short and a little tricky. [dropcap]U[/dropcap]lysses, that new Inhuman with the ability to see the future, has created a bit of a problem. With Captain Marvel, Iron Man and countless other heroes of the Marvel U all seeing the vision of a giant Hulk holding their dead bodies in his hands, it’s time for everyone to pay a visit to Doctor Bruce Banner. They confront him, but he assures them that there hasn’t been an incident in over a year. In fact, he’s finally keeping his inner green monster under control quite well, thank you very much.

That’s when all hell breaks loose. But not in the way you think, so don’t expect a sudden smashing rampage.

SPOILER kills SPOILER! Yes, you read that right! Out of the blue, and for no reason at all, SPOILER dies! Who saw that coming? Nobody! SPOILER blames SPOILER, but really it was SPOILER‘s fault because it turns out that it was really SPOILER who asked them to do it, and not SPOILER. So SPOILER stands trial for murder, and the superhero community becomes even more divided. It may not make sense to you now, but when you read it your jaw will hit the ground. It’s an intriguing twist in this storyline and doesn’t look like it’ll be the last. It’s shocking, amazing, tragic, touching, and one of the biggest moments in comic book history. And it’s come out of nowhere.

Civil War II #3 is what comic books are all about. The main story continues to snowball to an inevitable blow-out, with incredible moments like this punctuating it throughout. While killing characters is nothing new and carries little weight these days since all fans know they never stay dead, this doesn’t come across as a sales gimmick. If anything, it’s so low-key and unexpected that it pays huge dividends.

So instead, Civil War II #3 pushes the story even further into unknown territory and makes it a mystery with heart and emotion. Civil War II may not be the most original of concepts, but it’s becoming another major event with style.

Now go and read Civil War II #3, because keeping quiet about what happened to SPOILER is killing me…