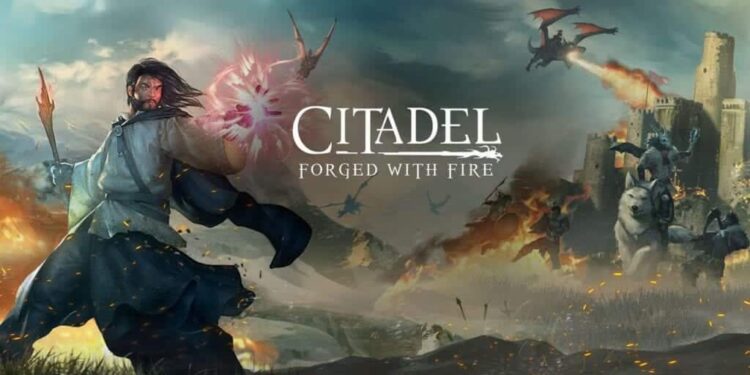 Citadel: Forged with Fire is a sandbox adventure in the genre of Minecraft, where you can construct massive wizarding towers to your exact specifications, create and cast your own spells, become an arch-mage of the highest order, and still die against a random bear or griefer on your server. 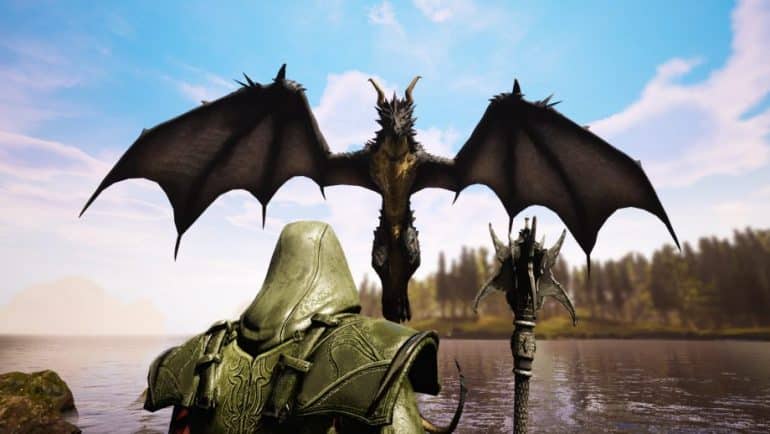 Citadel: Forged with Fire is very much a create-your-own-fun style of game. You play a wizard you create yourself and are more or less dropped into the world, given the briefest of tutorials which only cover basic mechanics, and left to your own devices. Before I move on, I want to point out that the character creation system is hilariously awful, in the best kind of way – I could never create anything other than a hideous abomination of a character, so just gave up and hit the auto-create button until I had a wizard who looked suitably terrifying.

The world you inhabit is halfway between realism and fantastical in style, with typical forests, swamps, mountains and fields. It’s not a particularly inspiring world, but it gets the job done. If I have any complaints about the graphics, it would be that too often vivid colours are used when they’re not needed. Your main gameplay loop is to gather materials from the world around you and use those materials to craft things, which in turn lets you level up, and in turn, you can craft even more powerful things. The things you craft include building materials, which you can use to construct your titular citadel; your wizarding palace. You also craft clothing and weapons. This is where the game’s main feature comes in – there is a focus on crafting spells, of which you can have two per weapon at any time. Weapons are divided into different effects, such as blast, projectile, beam, AOE, and self-target, and you change the element and power of your crafted spells by adding items that you have collected into the crafting process. As a wizard, you also eventually earn the ability to craft a flying vehicle, like a broomstick.

As a wizard, you also eventually earn the ability to craft a flying vehicle, like a broomstick.

Citadel: Forged with Fire can be played offline or online, and what I appreciate about the offline mode is the ability to control your world state to such a specific degree – you can set all kinds of sliders for EXP gain, how resources are gathered, mana usage, and a bunch more. It lets you create a little testing ground for yourself to explore the game’s mechanics, before jumping into the online mode with a better understanding. The game is largely quite cryptic, so figuring things out for yourself in relative peace is a nice option. The online mode is decent, does everything you would expect, and can support up to 50 players per world. Citadel has been available on PC for some time now in various forms, and while it does function well enough on PS4, I did find it hard to navigate menus using a controller and longed for a mouse quite quickly. I did enjoy the brief period of time I spent playing Citadel: Forged with Fire, and by all accounts, I can see that it has quite a passionate following with its online community, but I struggle to really see what the point of it is, and what its long term value is. Other games handle building better than this sandbox does, other games have better-looking worlds and more interesting worlds, and while this game does have its magic crafting mechanic, it’s not really enough for me to stick around with for many hours.

Other games handle building better than this sandbox does…

Citadel: Forged with Fire, ultimately, is what you make of it, and I couldn’t make much of it – I think I just need more structure in the games I play. It was a pleasant distraction for a few hours, but nothing I will look back on and reminisce about or want to come back to. It’s pretty average in most ways, and I will primarily remember the character creation, and the monsters I spawned from it. 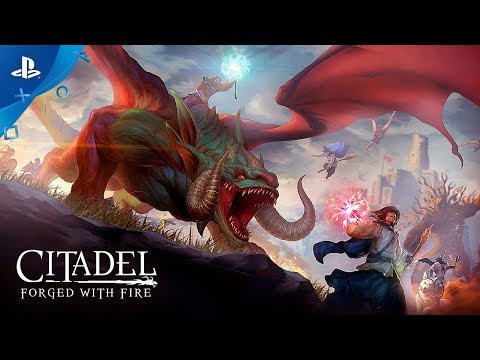 Citadel: Forged with Fire is a pretty average game that serves a fun distraction for a few hours.