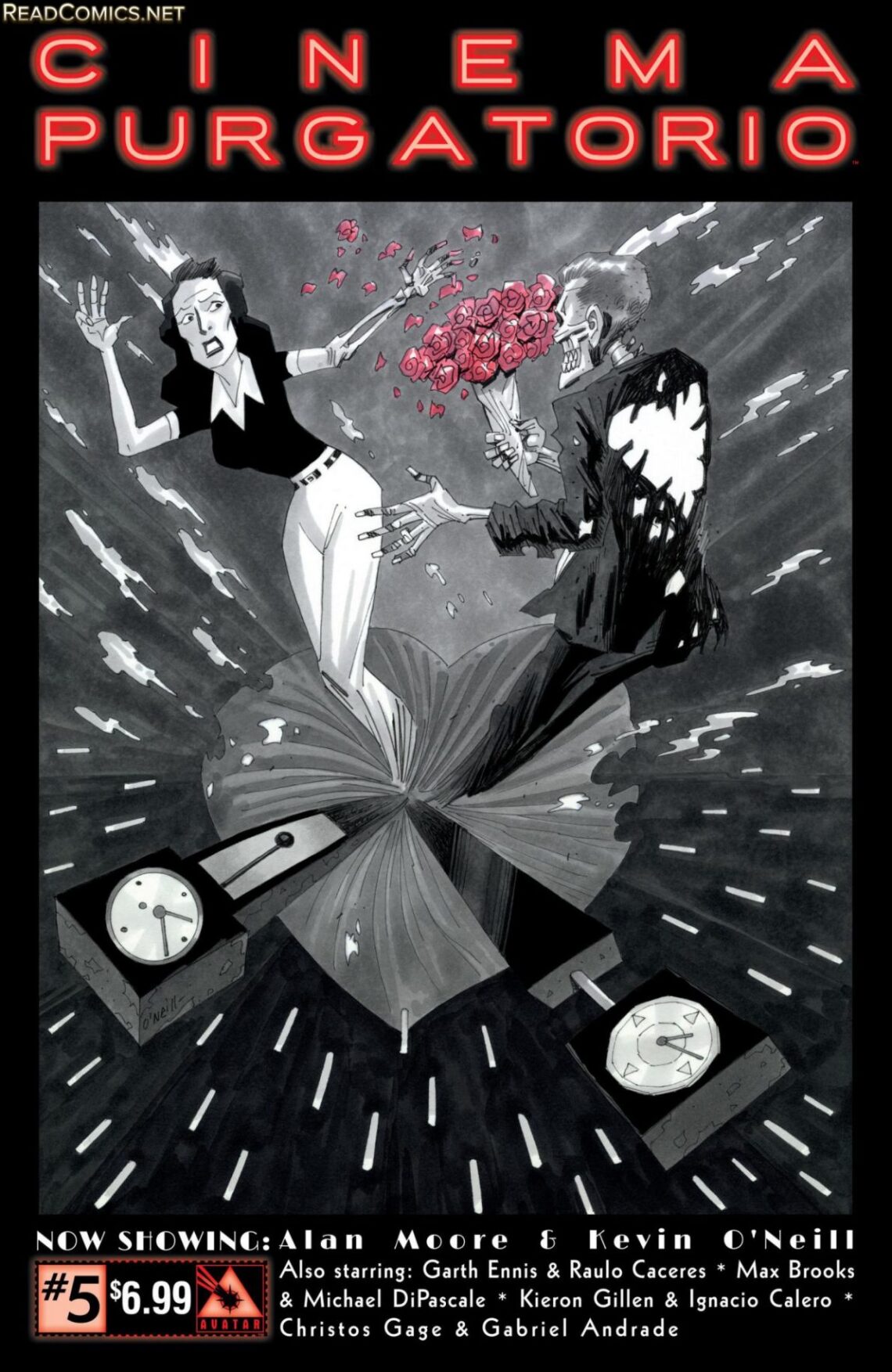 Sadly it’s a slight step down for Cinema Purgatorio this month, and for the strangest of reasons. 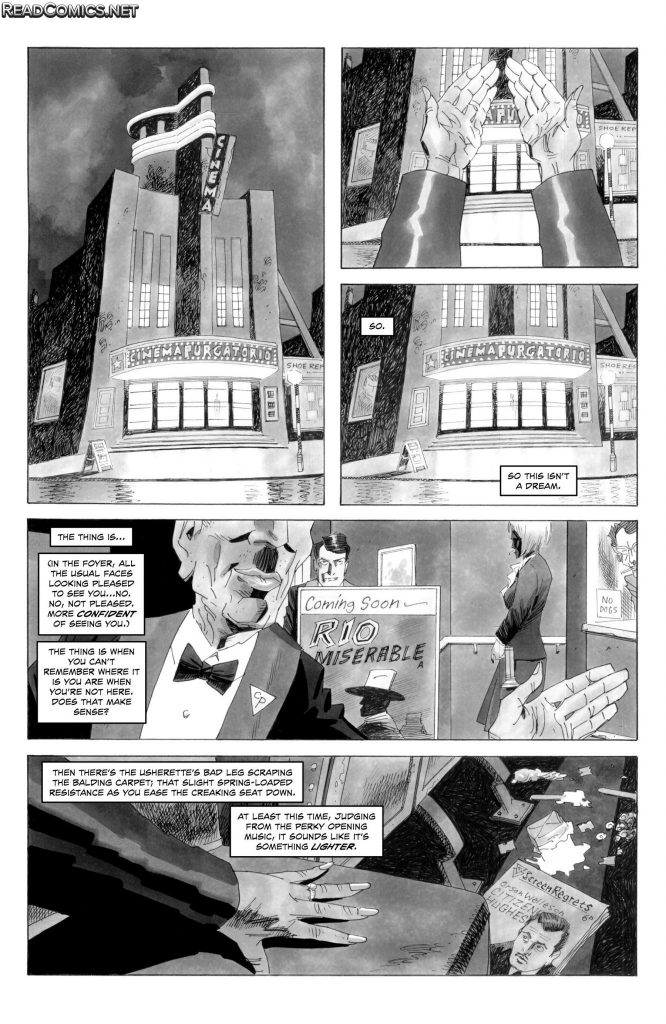 [dropcap]A[/dropcap]nthology titles are always hard to rate and review anyway, especially ones which offer only a small part of each large story every month. After all, how can you judge a work of art by a single brush-stroke on the canvas? However, it’s still worth admiring the fine details at times, because some stand out more than others, for good or bad.

Ennis and Caceres’s Code Pru racks up another win – even more so given that it seems like the new Doom Patrol character of Casey Brinke appears to have been swiped from this series, at least in some ways. This time around, Code Pru puts the EMT even further into the world of the bizarre as she and her partner have to deal with a case of demonic possession. Modded by Gillen and Calero sets up their first proper Pokemon-style arena battle in an amusing fashion, while kaiju story The Vast ticks over at a fair pace.

A More Perfect Union, Brooks and DiPascale’s alternate Civil War tale, finally shows the first battle between the rag-tag military platoon and the giant ants. While this continues to set up a large war, it still seems to be moving at half-speed. It’s still one of the better parts of the story, especially after such a plodding build-up, but there’s still a long way to go. The main feature, as always, is Alan Moore and Kevin O’Neill’s trip to Cinema purgatorio and this month’s film. It’s a Hepburn/Tracy dynamic for a pair of newly-weds who are moving into their new home. However, things fall apart as time within the house ages them rapidly, with the inevitable dark consequences. Whilst it’s an interesting idea and gives us further insight into the partially-seen narrator, it’s possibly the weakest of the Moore/O’Neill stories so far and doesn’t have the same haunting quality.

Cinema Purgatorio is clearly one which rewards the reader’s patience, although it can be frustrating at times too. But what about the patience of the creators? In reading this, you have to wonder how many issues are to come and whether there will be time enough for each story to reach its conclusion given the pace some of them are moving at. Let’s just hope that they all achieve their goals before someone decides to turn the lights off and shut off the projector. 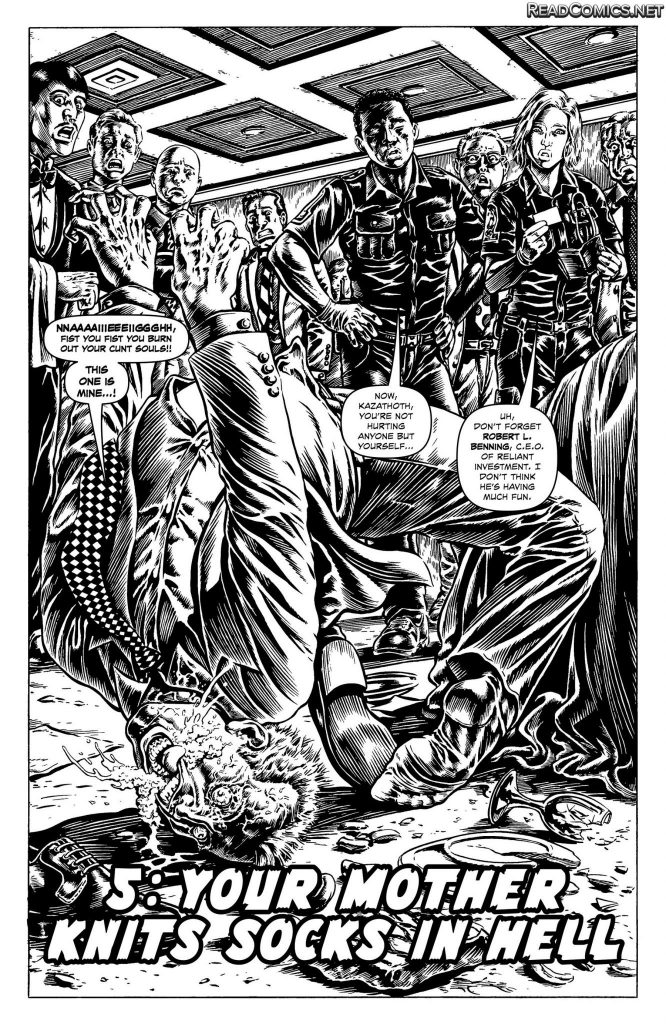