Chucky, the iconic killer doll, is back – but not like you’ve seen him before. Yes, he is still creeping out kids and murdering their families, but in a new way.

Please take a moment to watch this announcement from Kaslan Corp. Founder and CEO, Henry Kaslan regarding the upcoming global reveal of a revolutionary new family product that will change the landscape of artificial intelligence forever. Visit https://t.co/fWmHwATK5l for more. pic.twitter.com/rxI6Cfwi1v

The first trailer, which lasts just over a minute, shows us a commercial for Kaslan Corp, the company responsible for creating the “BUDDI” smart toy. It then cuts to the film’s lead characters who own the malfunctioning doll and a series of shots that show us some of the horrific situations and mayhem they find themselves in. There are screams, dead bodies, and car crashes – you know, Child’s Play stuff.

While Chucky is mostly seen obscured in the shadows, his murderous intentions are pretty clear. And, for the first time in a long time, the iconic doll looks scary.

A mother gives her son a toy doll for his birthday, unaware of its more sinister nature. 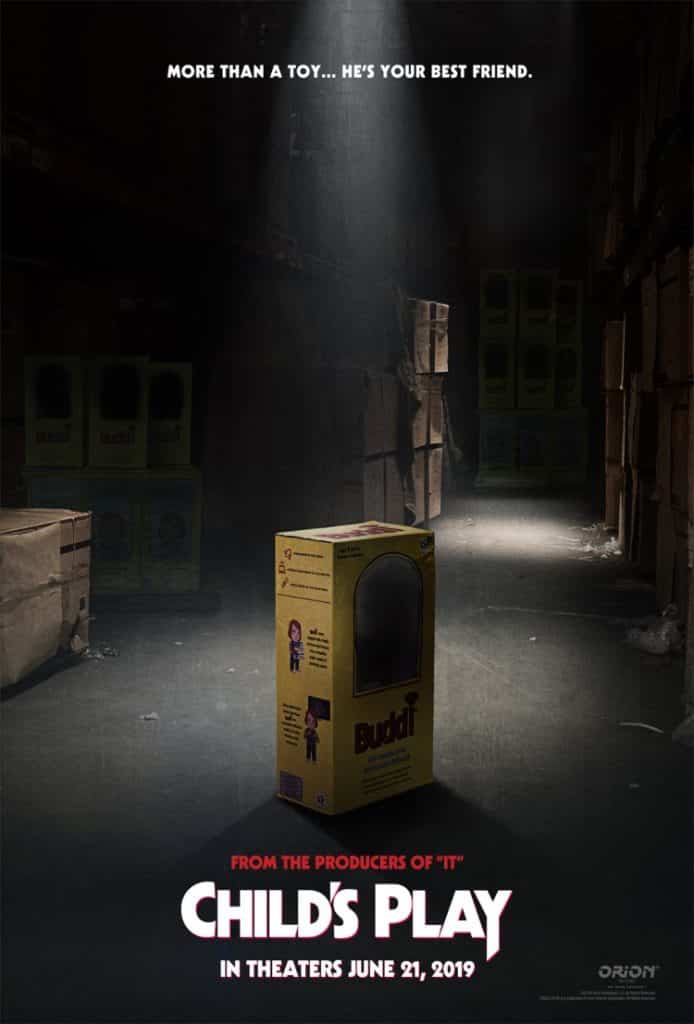