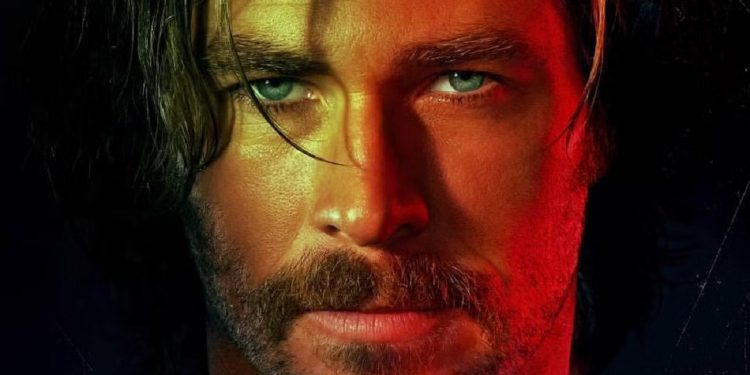 Thor actor Chris Hemsworth is unrecognizable in the latest photos taken on the set of the upcoming Mad Max: Furiosa.

Filming for Mad Max: Furiosa started in June 2022, and the movie itself is set to be released on 24 May 2024. The movie will be the prequel to the 2015 film Mad Max: Fury Road. The Mad Max universe is set in the not-too-distant dystopian future that depicts a world that has fallen into chaos due to the lack of one of man’s most precious resources – oil. Mad Max: Fury Road features Immortan Joe who has enslaved apocalypse survivors inside the desert fortress, the Citadel.

In the movie, Furiosa is introduced as she leads five women, the despot’s wives, to safety with the help of Max Rockatansky. The up-and-coming Mad Max: Furiosa is set to be the origin story of the renegade protagonist, Furiosa herself.

While Chris Hemsworth’s role is still currently undisclosed, behind-the-scenes images surfaced on Twitter with Hemsworth with a flowing auburn mane and a long beard. Unfortunately, the rest of the outfit was not visible as in the images Hemsworth was wearing a black raincoat to cover them.

Rumours have been circulating that Hemsworth could be the movie’s villain, going either by the name “Dr Dementus” or just “Dementus”. The somewhat official casting call description for the role was released in 2020 and described the villain as breathtakingly handsome, adorned with an angel’s face, scarred by a deep forehead wound stitched together with shiny chrome staples. This description has cast some serious doubt on whether Chris Hemsworth will be playing the role of Dementus or not, as his look in the behind-the-scenes shots does not match the casting description.

Despite Chris Hemsworth’s role being undisclosed, he marked the occasion when filming started by posting an image of one of the production’s clapperboards on Instagram, confirming his involvement. The snapper also unveiled the film’s official chrome-finished logo as well as the name of the director (also Mad Max co-creator) George Miller. Unofficial set photos in the same vein began circulating online several weeks later – especially showcasing some of Furiosa’s Fearsome new vehicles.

The movie’s synopsis was released in June 2022 and confirmed that Dementus would officially be the villain of the film, one of two of the prequel’s two main antagonists alongside the younger incarnation of the previous movie’s villain, Immortan Joe from Mad Max: Fury Road. The two gruesome and fearsome warlords will go head-to-head in Mad Max: Furiosa, with Imperator Furiosa being caught in the crossfire.

No information has been released as of yet regarding who might fill the role of young Immortan Joe, which was unfortunately left vacant by the passing of late Hugh Keays-Byrne.

Fans have seen Hemsworth and the movie’s garage, so now all that remains to be seen is their first look at Anya-Taylor Joy in her official role as Furiosa herself. She was officially cast in October 2022. The decision to cast someone other than Charlize Theron who would otherwise be reprising her role as she originated in Mad Max: Fury Road. George Miller decided to cast a new actress into the role of Furiosa after realising that current visual effects technology couldn’t convincingly de-age Theron enough for the prequel.

Are you excited to see Chris Hemsworth swap his hero role for the main villain of Mad Max: Furiosa?