Funnyman Andy Samberg will be one half of the Chip ‘n’ Dale: Rescue Rangers duo in Disney’s hybrid-live-action-animated movie that will premiere on the studio’s streaming network in 2022.

The other character, Chip, will be played by stand-up comedian John Mulaney.

Akiva Schaffer will direct the anthropomorphic chipmunk brothers, and the film will feature a cameo by Seth Rogen.

Chip and Dale are back in a hybrid live-action-animated feature directed by Akiva Schaffer and starring John Mulaney N’ Andy Samberg.

This is not to be confused with the news that a new original animated cartoon series is also in production at Disney+.

This live-action movie, which is based on the beloved 1989 series, will be set in a world where cartoon characters live alongside humans. Think Alvin & the Chipmunks or Who Framed Roger Rabbit. 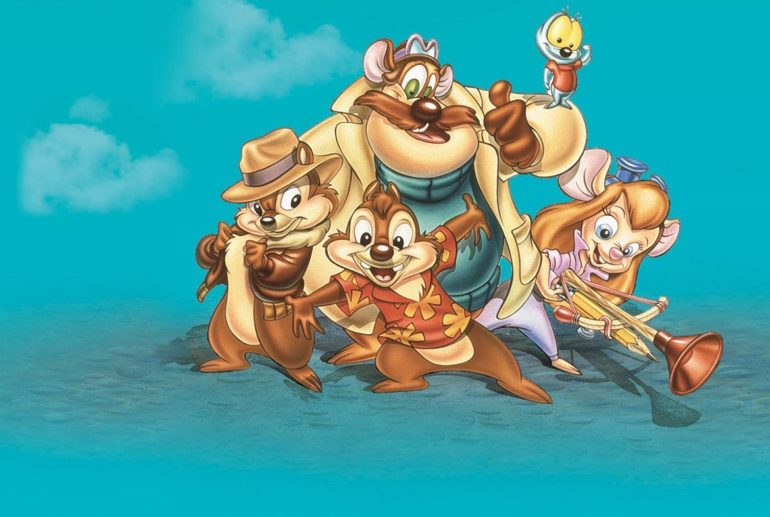 Rescue Rangers is part of Disney’s lineup of live-action remakes based on popular animated classics. Others include Peter Pan and Wendy, The Little Mermaid, Jungle Cruise, Pinocchio, and a sequel to 2007’s Enchanted.

Are you excited for a Chip ‘n’ Dale: Rescue Rangers live-action movie? What are your thoughts on the casting?