Here are our picks for a reboot.

byStaff Writer
in Movies
Tags: FeaturedHe-ManMasters Of The Universe 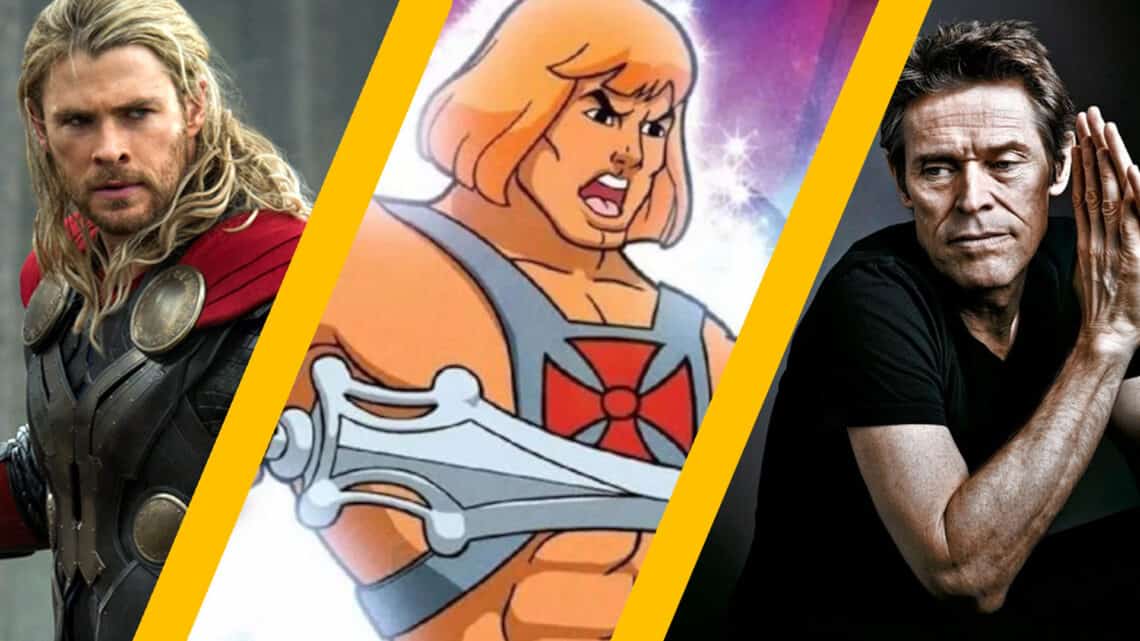 We haven’t had a live-action He-Man movie since Dolph Lundgren was cast as Prince Adam in the 1987 Masters of the Universe: The Motion Picture film. With the back and forth on the recent reboot, and Noah Centineo exit of the reboot, let’s look at a few other options.

He-Man and the Masters of the Universe is one of the most beloved ’80s animated franchises there is. In an era where cartoons were actually long advertisements for action figures, He-Man managed to overcome the limitations of its genre, being fondly remembered by many fans around the globe.

Beloved ’80s animated franchises getting live-action reboots are all the rage for streaming services, so we could say that it’s high time that the Masters of the Universe get the live-action treatment they deserve. That said, starring in a movie about one of the most beloved animated franchises of the ’80s would certainly warrant a vicious casting war.

Let’s take a look at what stars we think should be cast in a live-action He-Man movie. 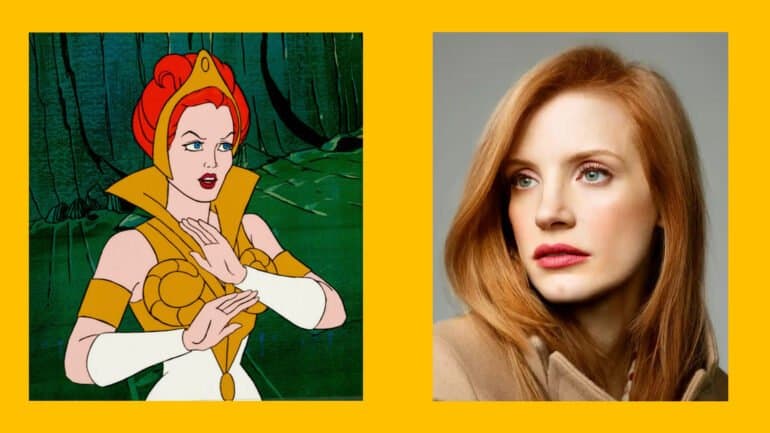 The Captain of the Royal Guard of Eternos, and the protector of Prince Adam, Teela is one of the most skilled warriors in the world of the Masters of the Universe. Despite being one of the closest allies to Prince Adam, she’s unaware of the Prince’s He-Man alter ego.

As a strong woman, Teela must be played by someone who’s able to adequately portray the character’s strong personality and combat skills. We chose Jessica Chastain for the role because of her talent as a dramatic actress, even if we haven’t seen her in an action role yet. Her age would also make her a great mentor figure for whoever plays Prince Adam. 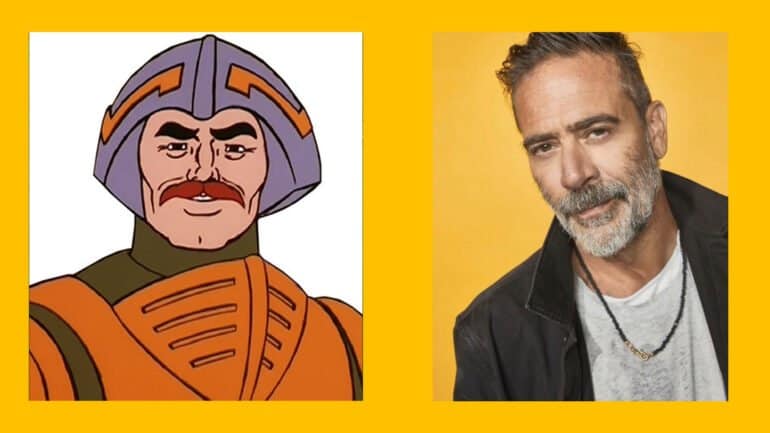 Adopted father of Teela, Duncan, who’s better known by his Man-At-Arms alias, is the main advisor of military and political affairs of Eternia. One of the OG characters from the Masters of the Universe mythos, Duncan is a father figure of sorts who has played a big role in some of the pivotal moments of Eternian history.

For Duncan, we chose Jeffrey Dean Morgan, an actor who has played more than one super father in his acting career. We’ve seen him as Thomas Wayne in Batman v Superman, and more prominently as Negan in AMC’s The Walking Dead. These two characters prove that Morgan can pull off both: wise father figures, and ultimate badasses. 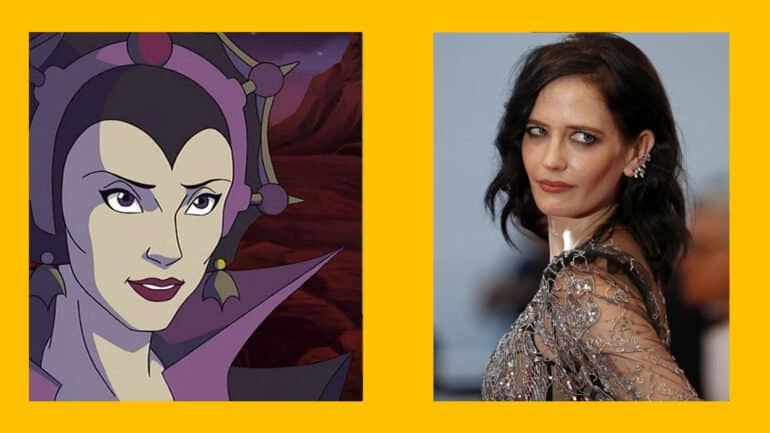 Let’s talk villains, shall we? The bad guys of He-Man are just as popular as the heroes, and Evil-Lyn bears the distinction of being the only female member of the Evil Warriors. She’s also way ahead of the rest of Skeletor’s lackeys in terms of smarts and raw power, being very close to the power levels of his skeletal master.

A cunning master of the occult arts, Evil-lyn would need to be portrayed by an actress with an undeniable charm and a certain air of mysticism about her. For this, we’ve chosen Eva Green. The French actress and model jumped to mainstream popularity thanks to 2006’s Casino Royale, where she plays Vesper Lynd, and her role as the seductive Ava Lord in Sin City: A Dame to Kill For.

Besides, we just can’t ignore the similarities between Evil-Lyn and Eva Green’s names. The Sorceress is the one who gave Prince Adam the Sword of Power, effectively bestowing upon him the powers of He-Man. This pivotal character has been known by many names within the Masters of the Universe mythos, but her most well-known incarnation is that of Teel Na, Teela’s mother.

Being the keeper of the secrets of Castle Grayskull, the Sorceress would have to be played by a woman who can convincingly play a knowledgeable and wise character. Enter Charlize Theron, a South African actress that is as skilled as she’s beautiful. Theron’s stunning good looks and unparalleled charisma would make her a terrific Sorceress. Bonus points for uncannily resembling the original Sorceress from the 1983 cartoon.

Father of Adam and Adora, and sovereign of the Kingdom of Eternia, King Randor is a noble monarch who is somewhat annoyed by his son’s lacking sense of responsibility. Although he’s unusually far away from the action, his teachings and wisdom have shaped Adam’s sense of justice and desire to fight the evil forces of Skeletor.

For our live-action He-Man and the Masters of the Universe film, we’d need an older actor to be cast as the wise King Randor, preferably one that has some experience with fantasy-themed movies. That’s why we’ve chosen Aragorn himself, Viggo Mortensen.

Someone as achieved as Viggo Mortensen would give the character of King Randor an extra layer of complexity. There’s also no denying the serious star power that a ‘Lord of the Rings’ actor would bring to the table. 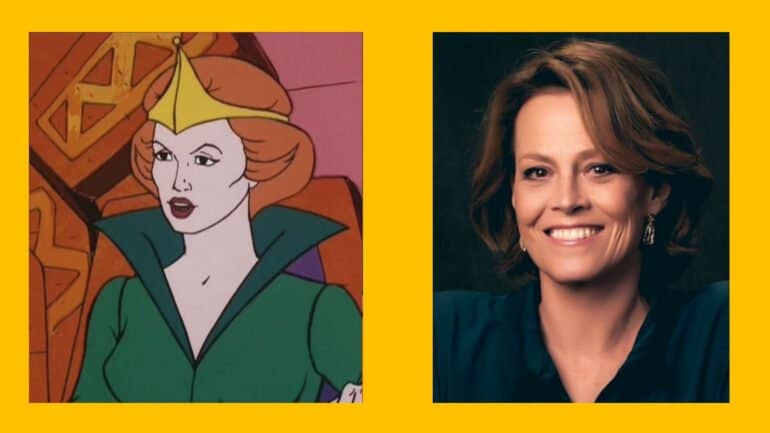 For Queen Marlena, we’d need an actress who can impart a dignified air to the character. At the same time, whoever plays Marlena must be able to channel the Queen’s bravery, as Marlena has a very interesting backstory – one that expands the He-Man mythos beyond the confines of Eternia.

Unlike most of the characters in the series, Marlena wasn’t born in Eternia. Born Marlena Glenn, she’s actually an accomplished NASA pilot from the planet Earth who became stranded in Eternia, where she fell in love with Randor and gave birth to Adam and Adora.

Sigourney Weaver would be a perfect fit for her character: the actress is well-known for her portrayal of Ripley, the no-nonsense hero of the Alien franchise. We also think she’d make a great on-screen couple with Viggo Mortensen, as their two personalities would play well on each other. 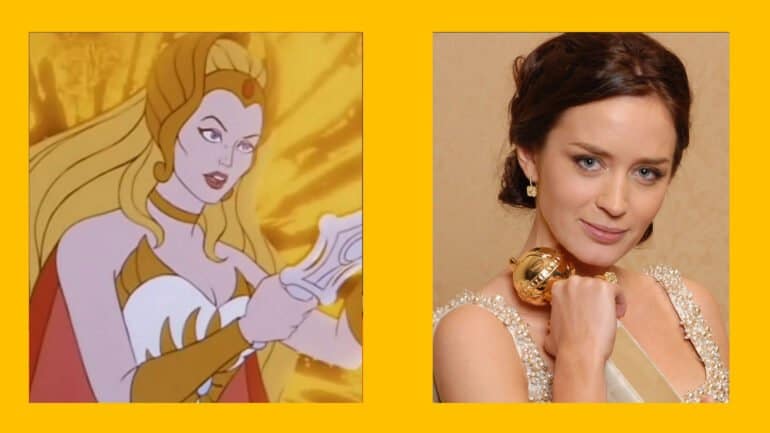 The twin sister of Prince Adam and the alter ego of She-Ra, Princess Adora was raised by the Evil Horde, until she found the secrets of her bloodline and became the heroine she was always destined to be.

She-Ra has a fanbase of her own and can be considered the deuteragonist in most He-Man stories. Considering that she’s Adam’s twin sister, we’d need to cast someone that shares some resemblance to He-Man’s actor, complete with matching ages. Considering this, we’ve gone with Emily Blunt, who fans might recognize from A Quiet Place and Sicario.

Finally, we’re down to the series’ big bad, none other than Skeletor himself. If you ask anybody who’s the most emblematic villain from the 80s, there’s a high chance they’ll say ‘Skeletor’. Everything from his skeletal visage to his trademark cackling makes him into the quintessential cartoon villain.

For such an emblematic villain, we’d need an actor who has proved himself to be more than capable at playing over-the-top baddies more than once. That’s why we’ve chosen Willem Defoe for the role. Even though Defoe is one of the most respected dramatic actors in the business, most fans will surely remember him from his great performance as Norman Osborn, the Green Goblin, in 2002’s Spider-Man.

Tasked with defending Eternia and the secrets of Castle Grayskull from the evil forces of Skeletor, He-Man is the star of the show for any Masters of the Universe movie. His imposing stature, impressive musculature, and unbridled charisma make him a tough character to cast. At least that’s what we’d say if there wasn’t an actor that fits that criteria to a T.

Chris Hemsworth is essentially perfect for both roles, Prince Adam and He-Man. The Australian actor has proved he can play a spoiled hero Prince in the Thor franchise more than once, and his physique and stature are a perfect match for the hero of Eternia. As a bonus, he’s close in age and looks to Emily Blunt, so the twins could be more believable in our He-Man and the Masters of the Universe live-action movie.

What do you think? Who would you cast in a live-action He-Man movie?