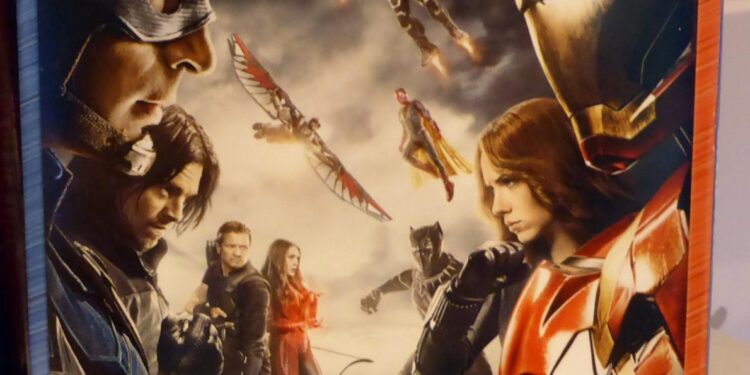 Disney has yet to announce the U.S. Captain America: Civil War Blu-Ray release date, but artwork and details about the extras have already leaked online. United We Stand, Divided We Fall — The Making of Captain America: Civil War – Part 1 & 2 – From skinny volunteer to backbone of Earth’s Mightiest Heroes, chart Captain America’s journey through every decisive moment in the Marvel Cinematic Universe in this complete behind-the-scenes look at a landmark in the Marvel saga.

Iron Man: The Road to Civil War — Tony Stark’s path has been no less epic or transformative than that of his friend and ally, Steve Rogers.

Audio Commentary — With Directors Anthony and Joe Russo and the screenwriters. Gag Reel

Personally, we’d like to have seen a Spider-Man featurette and a Marvel One-shot (what happened to those?). Still, the Doctor Strange add-on should keep Marvel fans happy for the time being.