Captain America’s 1990 Movie: Hydra Yuppies, Rubber Ears… And Better Than I Remember It 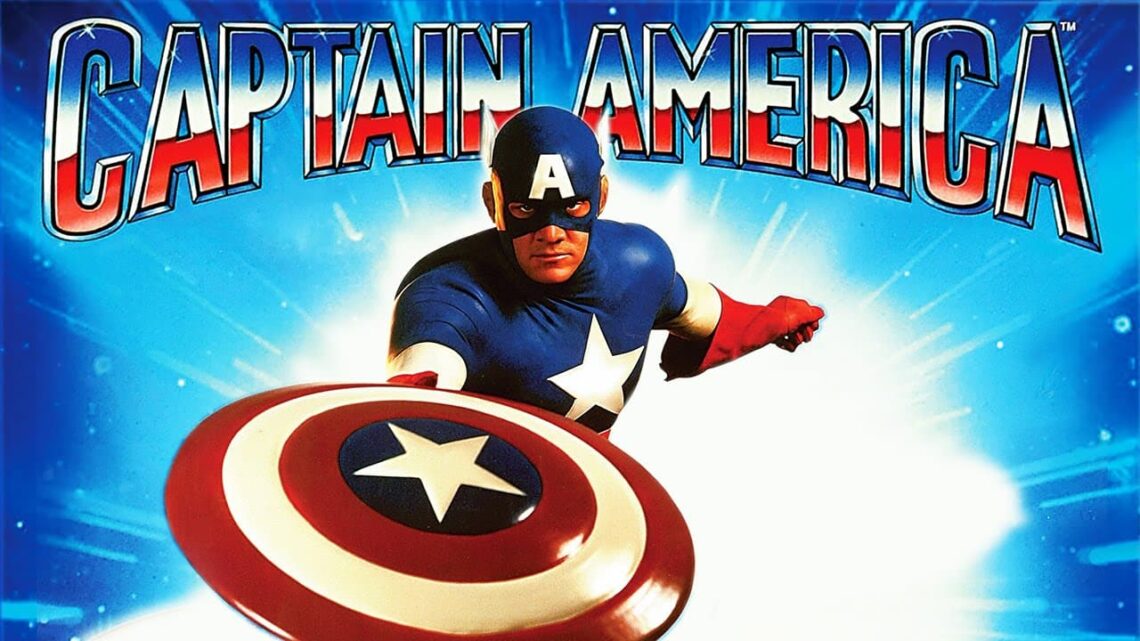 Marvel movies suck. That was the general consensus of everybody back in 1990, and it’s not surprising.

While DC was experiencing box office and critical success with Tim Burton’s Batman, Marvel films did suck. Two half-hearted Captain America TV movies had been made, The Punisher starring Dolph Lundgren was forgettable, and the less said about the Howard The Duck movie the better. Then, trying to save the day, came the direct-to-video release of a new Captain America film. 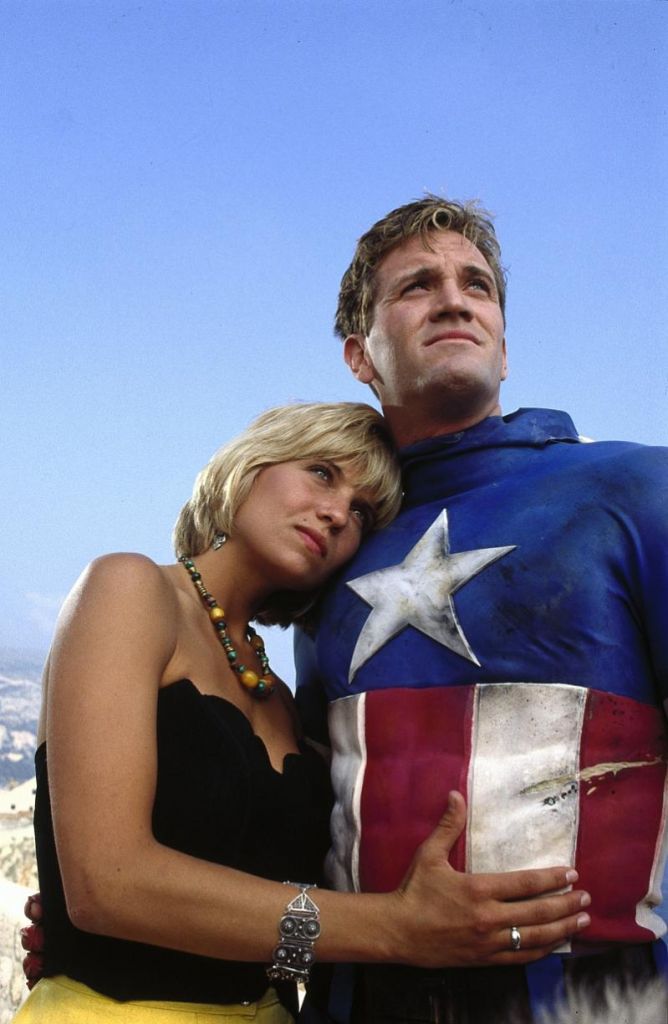 Everything about it seemed wrong, from the weak writing that rushed through any plot idea worth merit to the awful costumes and terrible acting. The action was minimal, the directing poor and the editing was a sloppy mess. Plus, in a bizarre move, a pair of unconvincing rubber ears had been glued to the sides of Captain America’s mask. For many fans, those rubber ears became synonymous with just how bad the film was. So what was the story? Well…

In 1936, a young boy is abducted in Italy and experimented on, becoming the Red Skull. However, one of the lead scientists on the project has a change of heart and defects to America. Years later, Steve Rogers – a young man with polio – is chosen to be America’s response to fight this Axis menace and undergoes a similar process, becoming Captain America. His first battle against the Red Skull goes wrong though, and he’s strapped to a rocket destined to destroy the White House. Cap succeeds in diverting the rocket and it crashes in Alaska, where Cap is frozen in ice for nearly 50 years.

Upon thawing out, Cap struggles to adapt to the new society around him and gets a crash course on the history he’s missed. He doesn’t have long to get to grips with the new time he finds himself in though, because he soon undertakes a new mission: to rescue the President of the United States, who has been kidnapped by the Red Skull. With little information to go on, Steve travels to Italy to gather information on the true identity of the Red Skull and confront him once again… 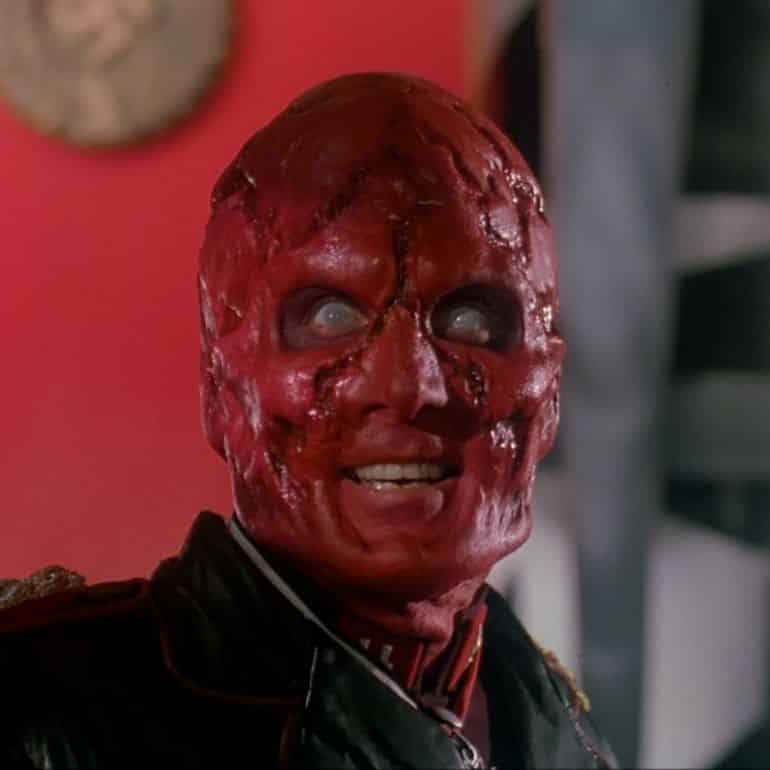 I first watched the film upon its 1990 debut, shaking my head with disbelief at how bad it was and how wrong they got it. In the years since I’ve viewed it again maybe once every decade, to remind myself of how far Marvel films have come. For anyone who says Thor: The Dark World was as bad as a Marvel film could be, watch this.

The scary thing though is that this film has improved with age. No, really.

As unbelievable as that may sound, it works better now than it did then. Sure, all the original flaws exist and more besides. The Red Skull being Italian and the rubber ears are just the tip of the troubles: there are plenty of plot holes, like how easily Cap is tracked down by good guys and bad guys alike at any given time; the fight sequences mostly take place in darkness so you can’t see any action whatsoever; Cap’s ability to fake motion sickness and cramps helps him more than his trusty shield; and, yes, Cap is so useless that the President actually has to rescue himself. It’s all bad. 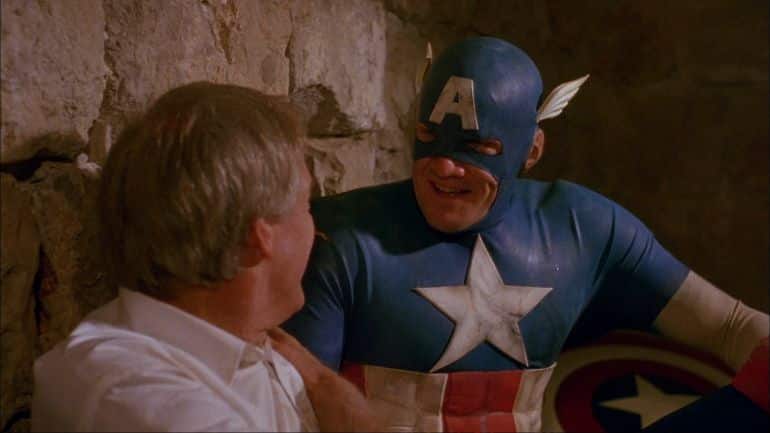 Then there are the fascinating things, like how Hydra – who are never actually identified as such – consist of vapid Eurotrash yuppie goons who care more about money and image than power. It’s an intriguing take on how the modern world has watered down even their own fascist mentality.

The President, meanwhile, is the sort of liberal that the current administration would despise – he’s a tree-hugging, environmentally aware peacemonger who just wants everyone to get along, and his best friend is an intelligent journalist. The plot itself is the sort of story that, with a better budget and more effort, could have been as good as any MCU film.

Yet the most interesting things about it are the smaller details that, strangely, the modern films have missed out on. Early on there’s the Easter egg name-dropping of Cap’s fellow WWII Invaders teammates – Namor and the original Human Torch. Cap is also initially suspicious of one of his rescuers, who drives a German-made Volkswagen and uses a tape recorder made in Japan. Plus, there’s slightly more of an attempt to show him learning about the forty-plus years of history he’s skipped.

They’re small touches, but it was good to see them. 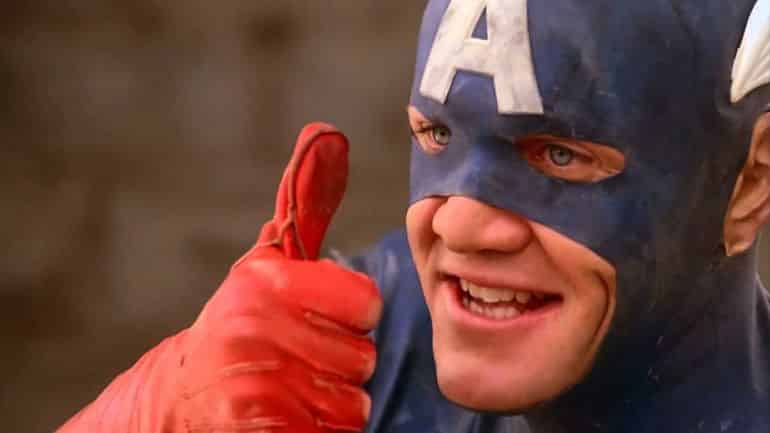 Of course, at the end of the day, this Captain America film still stinks. Perhaps not quite as badly, but it does. Allowing for how dated it is, the lack of quality almost seems forgivable… if it had been made in the 1970s. But it wasn’t. It’s from 1990, the year of Batman, so I can only forgive so much.

It’s worth a cheap laugh perhaps but, at the end of the day, Captain America (1990) barely worth watching even out of curiosity.