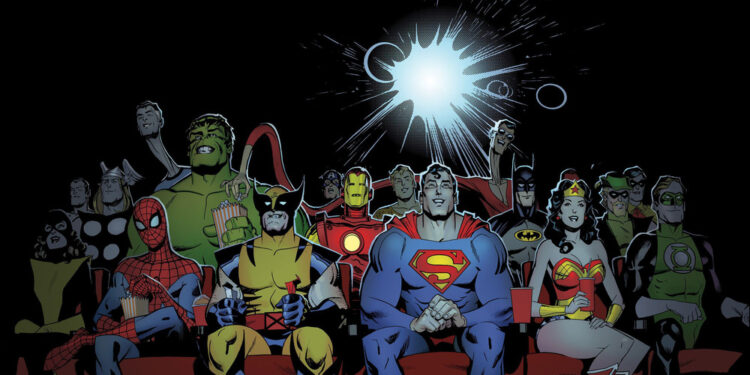 Another DC film release, another onslaught of bad reviews. First, it was Man of Steel, then Batman v Superman, now Suicide Squad – and lest we forget, the animated films, too. Are DC films really as bad as the reviews say?

Personally, no. While DC’s recent efforts aren’t in the same league of The Dark Knight, the overall reaction (or overreaction) has been incredibly harsh. Appealing to reason here, is Batman v Superman, Man of Steel or Suicide Squad in your top 10 worst DC films of all time or even the worst films of the respective year? The media’s narrative seems to suggest so. No matter what DC does, the DCEU can’t catch a break – but why? Let’s look at three possible reasons. Deny it all you want, but Marvel is the darling of the critics at the moment. Marvel films are beloved, safe and perfect for the whole family – it’s like Friday night pizza for your family; everyone’s excited for it and no one complains. In this aspect, credit needs to go to Marvel for focusing on the PG superhero story and not trying to reinvent the wheel with its characters. The company realised the world is in a dark place and creates hopeful superhero tales that allow escapism and inspire in a similar way which the Golden Age of Comics did during World War II.

Due to this overall positive sentiment towards Marvel, many issues are overlooked. Let’s compare apples with apples here for a second: Joker appeared in Suicide Squad for pretty much the same amount of time that Spider-Man did in Captain America: Civil War; however, one of the biggest criticisms of the Suicide Squad is the lack of Joker screen time. We’re not talking performances here, but actual screen time, so shouldn’t Civil War be judged for the same “misstep”? Second, Iron Man 2’s budget was $200 million and it recouped $624 million, while Batman v Superman cost $250 million and made $873 million. Yet, the latter is considered a flop. Why wasn’t the Marvel universe doomed after the “underperformance” of Iron Man 2, too?

Iron Man 3, in particular, that fans and critics don’t like chocolate, but prefer vanilla when it comes to their superhero films.

DC, however, embarks down risky and controversial routes that have ruffled feathers. Look at the reception towards the tattooed Joker and Superman killing Zod as prime examples. In some instances, the reboots and evolutions work and set new standards (see: The Dark Knight), but fans and critics have differing views about this.

One of the biggest problems could be the intricacy and varying history of DC’s roster. Many people are familiar with the origins of Superman and Batman, for example, but are there enough people who are aware Batman has a son, has had several Robins and Alfred was originally an overweight klutz? Marvel focuses on the easy wins that don’t deviate too far from what the general public knows about the characters. For comic book fans, DCEU’s motivations might be clearer, but the general public could be struggling to understand this new world and direction. Want to know how to piss off journalists? Gag them. Nothing annoys the media more than restrictions and censorship. One thing that Marvel/Disney does significantly better than DC/Warner Bros. is PR. The response time and general enthusiasm of Disney, coupled with the lack of embargoes for most of their films, never leaves journalists wanting or frustrated with the company’s offerings. With Disney, it genuinely feels like it loves its movies. You can’t help but get excited about the films; it’s infectious.

Locally, we’ve seen Disney reach out to us quicker and more promptly about initiatives and to answer any questions we have. On the other hand, Times New Media, which is responsible for DC/Warner Bros. in South Africa, could learn a thing or two from Disney – the Ultimate Edition fiasco is a perfect example of something that could’ve been avoided with better communication and more enthusiasm for the product.

Now, to address the rumour that Disney pays off critics for positive reviews: we cannot say we’ve experienced anything like that at Fortress of Solitude, so it would be unfair to comment.

Where to From Here?

Ultimately, what the critics say doesn’t matter because you’re the master of your own destiny and you’re allowed to like (or dislike) something – it’s even okay to like both Marvel and DC films, because both companies are doing incredible things. Creating a negative narrative because you want to further an agenda won’t do anything for these characters and companies in the long run, and will result in this genre of films ending sooner rather than later. That being said, you’re entitled to your opinion. Let’s just be rational and reasonable about it.