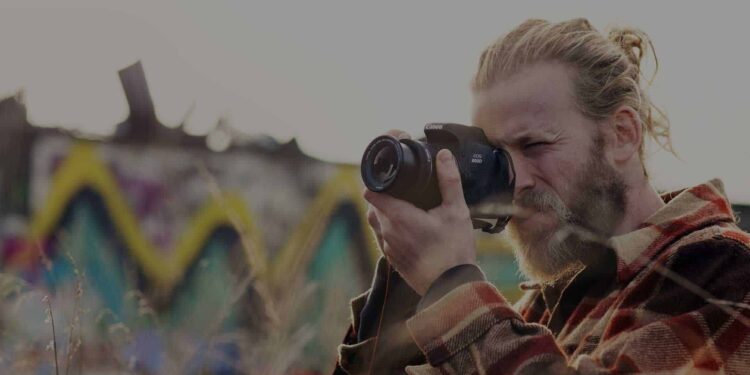 A short while back, Canon launched their latest line of DSLR cameras to the South African market. Having originally announced in late 2017, the range finally landed on our shores, replacing the previous range of DSLR cameras launched in 2015. The Canon EOS 800D, which we received for review, is a direct replacement for the EOS 750D, a camera known for being well-rounded, without any standout capabilities or features, along with an alluring price range to attract avid photography enthusiasts. The 800D (known as the Canon EOS Rebel T7i in the US) seeks to improve upon the 750D balanced performance, more than just a simple update, but more significant changes. We take a closer look at what it has to offer over its predecessor, or for first-time buyers. As with many Canon DSLR models within the range throughout the years, the 800D is a neatly compact unit, which is also lightweight and ergonomically designed. The build quality remains fairly solid despite the heavy presence of plastic scattered throughout. This isn’t dissimilar from previous units from Canon itself, nor from its competitors within the same price range. The polycarbonate covering hides the aluminium alloy chassis from view, an impressive sight, which is a shame can’t be visible when in use. The official dimensions are 131x100x76mm, which is slightly bigger than competitor units from Fujifilm, Nikon and Sony. It also weighs 532g, which is about 150g, on average, heavier than those same competitor units. This isn’t too much of a concern, however, and also doesn’t add much weight (excuse the pun) to the conclusion on whether the unit is a good buy or not.

There are other small features on the design that are notable, such as the pronounced handgrip on the right, which allows users to easily grip the camera when taking shots. The grip is completed with a contoured thumb rest on the rear of the device, which allows for an ergonomic grip, which fit the size of my hands almost perfectly. The unit, however, isn’t weatherproof, so you may want to avoid shooting in wet weather, or at least keeping the device as dry as possible throughout. There are quite a lot of buttons and controls added on various positions across the entire body, nothing of which is out of place. The buttons are somewhat pronounced and have a notable click when depressed. This makes it much easier to use and alerting users to when the buttons have been pressed, providing additional satisfaction when they do. Each of the buttons is also adequately labelled, which allow for ease of use. And if you don’t know what a specific button does, you can simply refer to the tutorial on the display to figure things out. Speaking of the display, the 800D has a 3″ touchscreen flip display, which is positioned, as with the majority of all camera models, just below the ViewFinder. In more specific terms, the display is a fully articulated 1.04M-dot rear touchscreen LCD panel – the same found on the previous 750D. The touchscreen responsiveness is very slick and smooth. This makes using the UI quite easy, with a simple finger touch or gesture. The benefit of this extends into the use of more professional options, allowing you to quickly adjust your photo settings before the desired shot is lost. This was one of the standout capabilities I found on the 800D, being able to make significant adjustments for each shot with a quick touch or sliding scale. One reason for the improvement of the LCD is the upgrade from last generation DIGIC 6 chip to the latest DIGIC 7 image processor. Canon claims that the improvements provide a boost in processing data, 14 times faster in fact. The DIGIC 7 chip also has many other benefits which carry over to image processing, burst speed improvements, among others – to be covered a bit later.

Back to the display. It has a Clear View II TFT screen, which provides excellent quality to display captured images, allowing users to get a good idea of the images shot. The images and videos shown are vivid in colour with good contrast levels when in Playback mode. In addition to this, Canon has also improved their Live View capabilities on the 800D with the new image processor, which allows faster response times and adjustments, especially with the Dual-Pixel Autofocus technologies, which has been introduced to the range of cameras, previously only available on the more premium units.

For many professionals, the use of the ViewFinder is a more accepted method of capturing images, although this is simply a matter of preference. When switching to the ViewFinder, users can disable the screen by turning it off, or fold it away by means of the side hinge. The are many uses for the hinged screen, such as shooting different angles or even selfies or portraits. Canon has added another feature to the 800D in the form of an electronic level. For some, it may seem a gimmicky feature, but it has benefits such as taking a perfectly level image of a horizon or similar shot.

The optical ViewFinder has a pentamirror system, providing 95% scene coverage with 0.82x magnification. This, again, is the same as its predecessor. The ViewFinder provides a sharp view through the lens and sometimes provides better focus than that of the touchscreen display. Below the ViewFinder edges, the unit displays a number of user settings for your information. This includes the ISO, aperture, shutter speed and exposure composition information. This is similar to the view on the display, although without the onscreen setting adjustments. When it comes to features, the Canon EOS 800D has quite a wide range that assists both the novice and the professional photographer. Due to the sheer amount of these features, I won’t be covering each and every one, but rather a few standouts or important ones.

Firstly, we look at the unit’s 24.2MP APS-C CMOS sensor, the same as that fitted to the slightly more advanced Canon 80D. The 800D also includes Dual Pixel AutoFocus technology, which was introduced with the Canon EOS 70D a few years back. This essentially is Canon’s on-sensor phase-detection technology, used to assist focus times while the camera is being operated in Live View on the 3″ screen, greatly reducing the time it takes to do so. In previous models, such as the 700D, Canon utilised contrast-detect technology to perform the same function, fairly sluggish in comparison. In addition to the Dual Pixel AF being introduced to Canon’s mid-range units, the company also claims to have the fastest technology amongst its DSLR competitors.

As mentioned previously, the 800D sports Canon’s latest-gen DIGIC 7 image processor, allowing it to process data 14 times faster than that of the DIGIC 6. This, then, allows for increased maximum burst speed, with the 800D capable of 6fps, while also being able to process a higher amount of consecutive images. The improvements on the sensor and processor also has a significant impact on the maximum native sensitivity setting, allowing an ISO of 25,600, which offers ISO 51,200 in expanded mode. In relation to exposure modes and settings, Canon employs a few options to choose from, which automatically adjust to the environment. These include Scene Intelligent Auto mode, along with a choice of 10 other fixed modes. There’s also the option of your PASM options for more experienced photographers. All of these make for easy to use, point-and-click shots.

With filters readily available on almost all social media apps to get that “wow” factor you’re hoping to achieve, Canon includes the option of ten built-in digital filters to choose from, including HDR capabilities. Another nice addition is the in-camera lens correction tools employed to reduce unwanted effects and hues from your images, alongside Canon’s old favourite, Auto Lighting Optimiser.

Interestingly, the 800D also offers a WiFi connectivity option. Unfortunately, though, it isn’t as easy to use as with any other WiFi-enabled device. The camera has the capability of connecting to your smartphone to update images on-the-go while you’re happily snapping away. Connectivity, however, is quite complex, and often times fails. After a few attempts and a lot of frustration, I found it best to rely on the inserted memory card to store images with the help of the touchscreen to view any newly captured image for review. Irrespective of all the features, performances and gimmickry, the most important aspect of any camera is in the image quality. You can view the photos taken on the 800D via the coverage of the VS Gaming FIFA Festival and GeekFest events.

As with any of Canon’s DSLR cameras, users expect a lot in terms of their image quality. In that sense, the 800D doesn’t disappoint, as it provides a good mix of rich and vivid colours with clear scenes. Image quality is also balanced neatly between overly lit and dimly lit environments, being able to capture quite a bit of detail even in these opposite extremes, while still having a natural look. Canon stores two formats of images when shooting, JPEG and Adobe Camera Raw. Users are able to tinker with the JPEG image outputs, which provide quite a decent image result, but it can’t compare with the raw images. If you’re looking for a quick turnaround for image edits, the JPEGs are good enough, however.

Working with the Adobe Camera Raw images allow users to add their own filters and processing, which often times creates much better images than the onboard processing on the 800D – for many obvious reasons. Worknoiseith the RAW images also provided better results in terms of noise reduction without washing out too much of the image detail. It is particularly noticeable in lower lit scenes which employ a lower ISOs. There are times when certain images captures are overexposed, which you would pick up instantly when deploying the Live View mode, prompting users to retake the said image to get a better balance. Many of the shortcomings, however slight, were as a result of using some of the automated features and adjustments on the 800D. Switching between manual and auto modes for certain shots were quick and easy and I was able to produce much better results in the end.

In terms of video capture, the 800D does a fairly decent job once again. Unfortunately, some users may find the lack of 4K support frustrating as the unit has a max resolution of 1080p at 60fps while filming. Canon doesn’t offer 4K support in their mid-range units, with most other manufacturers also limited to 1080p resolution for their competing devices. That said, those same competitors do offer 4K support on units below Canon’s cheapest option, but that’s a discussion for another time. Canon introduced introduction of in-camera image stabilisation, which goes a long way in assist free handed video capture and does a really good job again. One concern I did have is that some of the focus adjustments are fairly loud, and audible via the onboard microphone, which isn’t great when reviewing the footage. This wouldn’t be an issue for most professionals, who often employ a separate mic for filming. There’s a lot to love about the Canon EOS 800D camera, ticking almost all of the boxes, even for a mid-range device. The improvements over the 700D are quite significant and will make for an easy choice for first-time buyers. Users who already own the 700D may also benefit from the new features, even with the additional costs of selling off their second-hand unit, with the gains outweighing the cost. For professionals on a budget, however, the 800D may have a few glitchy aspects but certainly aren’t a train smash by any means. The 800D is a well-rounded camera with a very competitive price. You can pick up the unit through various channels, with prices below the R9,000 mark.