Is Batman ’66 An Embarrassment Or A Classic? 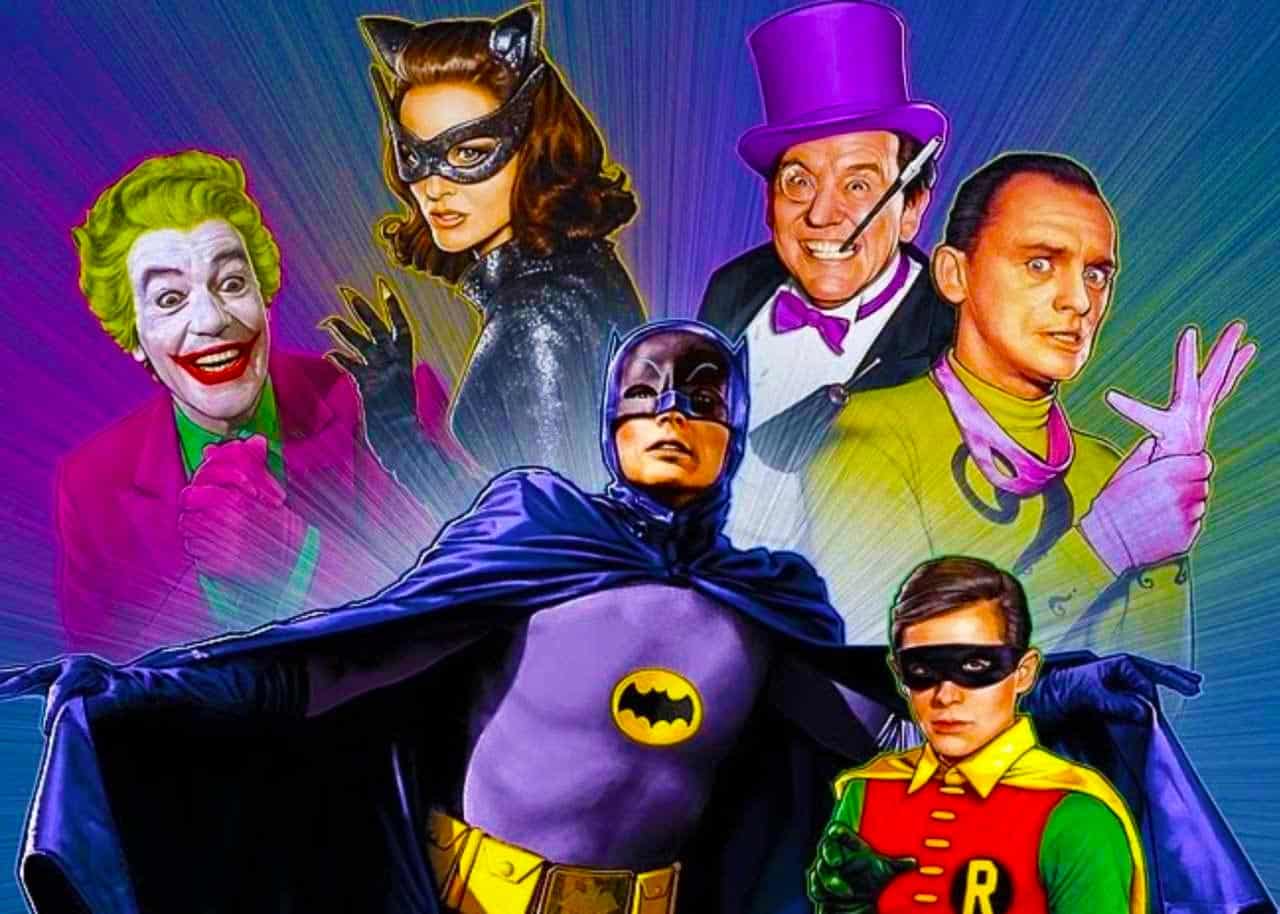 For some, Batman ’66 was an embarrassment. One where bad puns and ridiculous scripts were mixed with hammy acting and a laughable array of labelled props. In terms of taking the source material seriously it varies, but there are still mentions of Bruce Wayne seeing his parents murdered when he was a child and Adam West plays it seriously for the most part. Not only that but the series saved the Batman franchise, brought many classic characters like Catwoman and the Riddler back from the scrap-heap, and led to the creation of Barbara Gordon as Batgirl. It was a show which was astonishingly popular and now has a cult amongst older viewers and those fanboys with a sense of humour about their spandex-clad heroes. As for the movie, it’s a classic in many ways and here’s why…

The plot – after a laughable early encounter featuring Batman fighting a rubber shark whilst dangling from a helicopter – is that several supervillains have a grand plan to kidnap the United World Organization’s Security Council. To achieve this they’ve acquired a dehydrating gun which turns the diplomats into piles of brightly-coloured powder. To make matters worse, the villains have plans to kidnap Bruce Wayne and emotionally he finds himself compromised by Catwoman, and the Penguin cunningly infiltrates the Batcave with several of his henchmen. Can Batman and his two-fisted sidekick Robin save the day?

Batman ’66 is more goofy than a Disney character, and you can’t suspend your disbelief beyond the opening credits at best. And that’s the joy of it. It’s wonderfully absurd and the comedy comes from how seriously the whole thing is played out, which makes it a fun romp and a guilty pleasure. The villains themselves are a far cry from the tortured, angst-ridden souls of today’s films, and yet still have more dignity than anything Joel Schumacher offered up. Cesar Romero is still a wonderful Joker by any standards, capturing the manic glee so often seen in the comics. Burgess Meredith portrays an exceptional Penguin. The legendary Frank Gorshin, complete with girdle, plays The Riddler with so much style and flair that Jim Carrey should hang his head in shame. The stunning Lee Meriwether, replacing the television series’ Julie Newmar, slinks about as Catwoman in a way which can still get the utility belts stirring. It doesn’t hurt that she wears outfits that you’d probably find in Emma Peel’s wardrobe.

Adam West as Bruce Wayne/Batman is every bit as cheesy as you’d expect, spouting some of the most hilarious dialogue ever written.  “Sometimes,” he points out to the audience in one of the film’s most legendary scenes, “you just can’t get rid of a bomb!” On the other hand, his earnest nature, deadpan deliveries and Action Man looks work on almost every level. Even more bizarrely, he’s constantly upstaged by Burt Ward as Dick Grayson/Robin. Punching a fist into an open palm and exclaiming, “Holy _!” (fill in the blank with some madcap term) may be how many have perceived him over the years, and he does that often. But Ward plays the ultimate sidekick, proving as quick with his mind in solving odd riddles as he is in a fight. That Ward pretty much performed every stunt himself, landing himself in hospital on countless occasions, is a testament to his commitment to the role. The sets are bright and convey the light-hearted comic book tone without resorting to the over-the-top neon garishness of some later productions, while the camera work is fluid and looks good. The concept of placing the camera at strange angles whenever the villains are around, a visual pun of them being “crooked” and “not on the level”, is something that you’d expect to see in a Hitchcock or Raimi film.

If you don’t already own this on DVD, it’s well worth picking up. With a commentary from West and Ward that’ll keep you entertained as much as the film itself, a feature on the glorious ’66 Batmobile and a variety of other goodies, it’s fantastic value for money. If you already own it, watch it again and enjoy every groan-inducing joke and “BIFF! KA-POW!” moment without shame.

Is Batman ’66 a good film? Certainly. Is it a masterpiece? Not at all, and that’s the real beauty of it. It doesn’t have to be and never pretentiously claims to be anything more than fun and, on that level, it delivers in spades. If Christopher Nolan’s films are paintings, then this film is a comic book. You can stare at the paintings and feel your soul-stirring, but the comic book is always there for a quick, entertaining read. That’s what makes this work so well and makes it so accessible.

You can mock Batman ’66 all you like, but you can’t deny that it’s a classic.