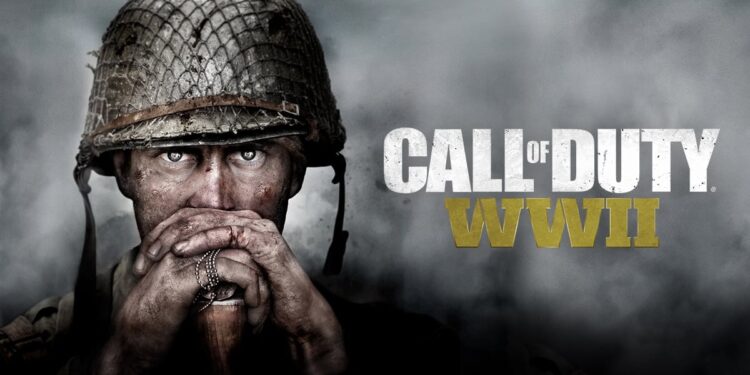 After playing Infinite Warfare, I wondered what Activision was going to call their next instalment. There was Modern, Advanced and Infinite. Where do you go after Infinite Warfare? I actually predicted that they would have to go back in time. Granted, I had hoped it would have been something kick-ass like Prehistoric Warfare, which would have been the mutt’s nuts, and I think they should consider that. Imagine being able to develop combat strategy from the ground up, invent and build the basis of warfare, weaponry and strategy. I digress. As fun as imagining a Call of Duty: Prehistoric Warfare title is, I’m here to discuss Call of Duty: WWII.

There has actually been three other Call of Duty: WWII releases. In fact, the very first one was set in World War 2. Personally, I have no issue with this. It was a massive conflict and we could tell stories from it forever. In fact, I feel we should. It’s the greatest tale of overcoming tyranny, the defeating of evil and it serves as a reminder of what happens when good people do nothing and a motivator when faced with a fascist regime. The opening of Call of Duty: WWII is inspired. Right from the get-go, Brett Robins and Dennis Adams (the directors) are building the Band of Brothers camaraderie and they develop that throughout the game. It’s in simple ways like how you rely on each other to refill ammo, grenades and health packs, to new systems built into the gameplay like heroic actions where you get bonus points for assisting a member of your team who has found themselves in dire straights. For example, you are storming the trenches of Normandy and your character, Private Daniels, is in perfect harmony with the AI controlling the rest of your platoon, taking ground, hunkering down, clearing the area, then moving again, leaving a swathe of Nazis in your wake, when suddenly you hear the distressed calls of a member of your platoon. You can ignore it and keep moving, because the silencing of the machine guns mowing down the allies on the beach is more important than the life of one soldier, or you can break the flow and go find him and drag him to safety. If you go find him, you will die, when you eventually get to him, you have to drag him to the checkpoint and you will die. But it is so worth it! The adrenaline rush of not having full mobility because you are dragging another person, not being able to see because of all the smoke and gunfire, then suddenly there are three Nazis running at you out of the smoke! More than once I had run out of ammo for my machine gun and had to switch to my 9mm and just start firing.

I generally play all my games on the most difficult setting on offer because I feel success then becomes the most rewarding. This release seems to have a far more forgiving auto-aim, for which I am very grateful. It never felt like it was taking away from the challenge. It did take a bit of getting used to. Like when switching weapons mid-conflict, the new weapon pretty much always lands right on your last target, so there is no frantic re-aiming which almost always ends with me dead.

I have played the campaign, which spans the final two years of the war starting in Normandy and takes you through the clean up of Europe. I got through it all in about fifteen hours of gameplay. However, I figure that on normal difficulty and not accepting every single Hero Action, you could probably do it in eight.

As with all CoD titles, the campaign is just one dimension to the game. There is also Multiplayer and a fan-favourite wave combat system called Nazi Zombies. Though in this release, all three of these modes feel like completely different games, even down to their own intro sequences, and they are all completely separate to each other.

In Multiplayer you get to choose between five different soldier classes and there are three different modes within. The first is the classic Death Match, which is basically a cluster f* till there is just one man standing. Then you have War, which is a map based capture the flag type thing not dissimilar to Player Unknown Battle Ground. Finally, there’s Grid Iron, which is basically American football with machine guns. Yes, you read that right, you are playing the deadliest game of American football against Nazi Germany. Nice touch! Another new addition is the HQ mode in Multiplayer, which is marketed as a social space where you can talk to other players, replenish supplies through crates and get new cosmetic upgrades for your character. However, when you cut through all the marketing hype, this is an online store that wants your money.

Then there is Nazi Zombies, a wave combat format that works really well. I am going to go out on a limb here and say it’s the best part of the game, at least in the finish. You unlock new environments as you clear the previous and it takes a massive amount of strategy to survive from one wave to the next. Here you will die. Often.

I really enjoyed Call of Duty: WWII, as I have enjoyed pretty much all the CoD releases. Modern, Advanced and Infinite were cool in a kind of predictable way. However, WW2 is a return to boots on the ground combat, which I love. The emotional buy-in is huge, due to the heavy focus on the characters and their bond. The campaign is absolutely beautiful and it’s amazing to see Europe in ruins.

To sum up, Call of Duty: WWII is definitely recommended. It’s perfect for Christmas, but I would say don’t wait, go buy it now. It has huge replay potential, thanks to the many modes within Multiplayer and the multiple unlocks in Nazi Zombies mode. Well done, Activision and Sledgehammer, you have taken really good care of your golden goose and she has just laid another 24-carat egg. 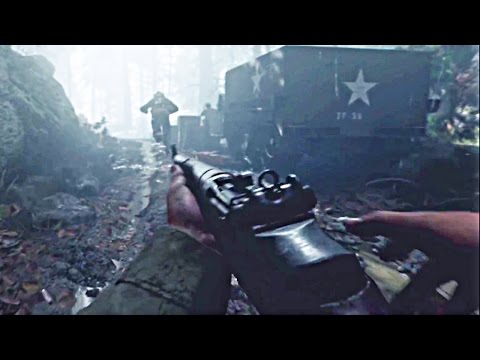